This update is not marked by major changes, but by the accumulation of small appreciable news. This isn’t the first time the find has been made for an iPhone, but it seems even truer than usual.

Cameras and batteries steal the show

No need to go back and forth through the datasheet of the new iPhone 13 released by Apple last week. As every year, almost all the components have been improved. L’écran de protection du téléphone is for example a peu plus résistant, they are processors is a peu plus puissant, l’écran, a peu plus lumineux, et l’encoche au haut qui intègre le system de reconnaissance facile FaceID, a peu plus small. They are improvements that are taken well, but by themselves it is not worth buying a new phone.

However, two new things are needed.

This year, the cameras are entitled to larger sensors and improved lenses, which let in more light. Specifically, the difference is seen especially when it is a bit dark or downright dark. 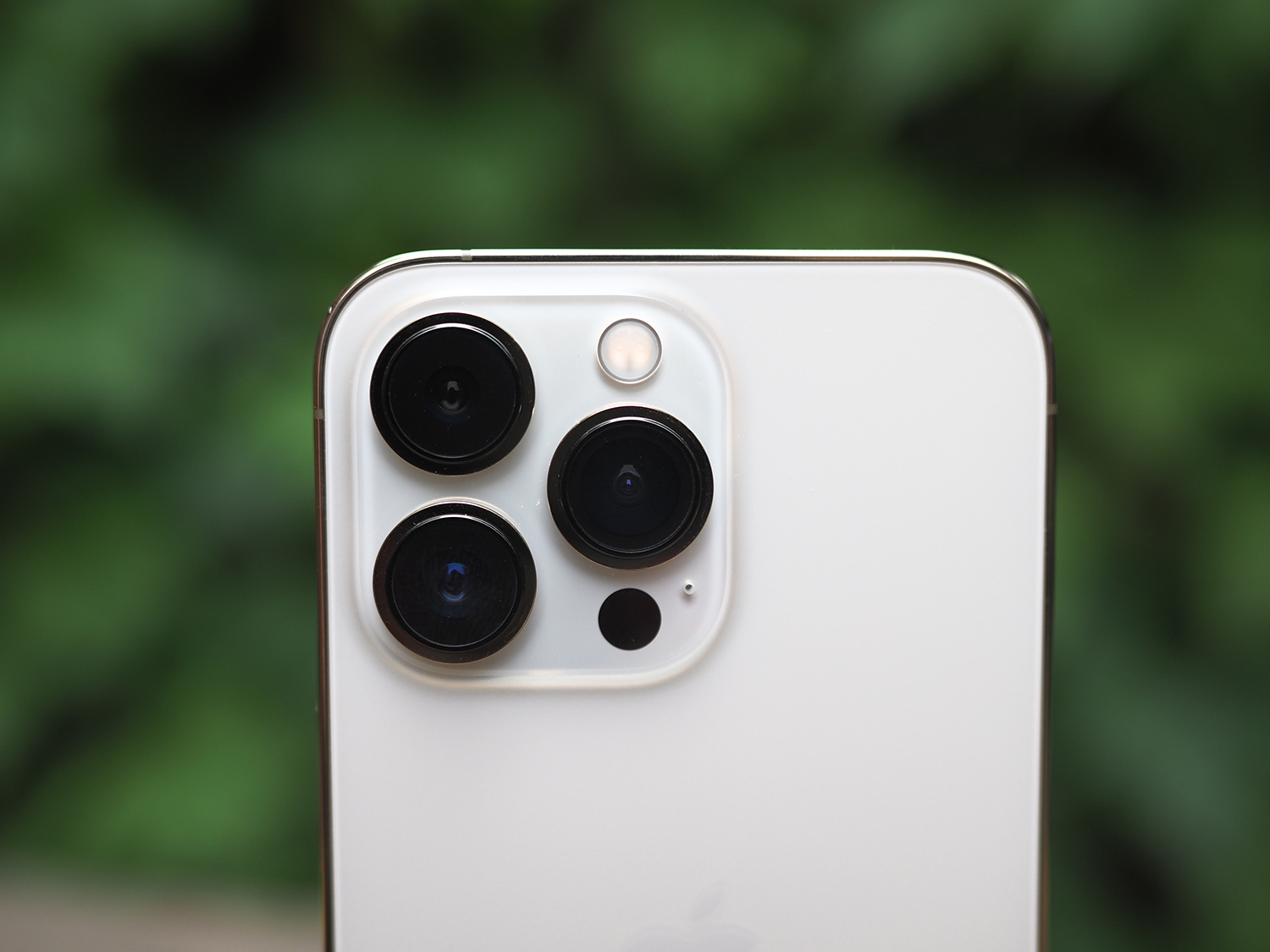 The cameras on the iPhone 13 Pro are larger than its predecessors. Photo: Maxime Johnson

Even when compared to an iPhone 12 from last year, and not a previous model, the improvement is significant. The noise is lower and the colors more realistic.

Improved lenses and sensors also have an effect on photos taken with Night mode, where multiple shots are combined into one. Compared to other phones on the market (I notably compared to the Samsung Galaxy S21 Ultra and Pixel 5), the iPhone 13 does not, in particular, tend to overexpose the entire photo.

In the car photo below, for example, the camera reproduces dim lighting well, without turning night into day, and the metallic red of the Mitsubishi Eclipse Cross retains its tint and shine well.

>> Read also: How to take better photos with your phone The ultra-wide camera can now focus as well, which was not the case before. The new technology allows it to be used very closely and reproduces the effect of a macro lens. I found the feature interesting, but it requires very good lighting for acceptable image quality.

The other great novelty is simpler, but its impact is even greater: the battery. The autonomy gained is approximately 1 hour 30 to 2 hours 30, according to Apple, and the impact is greater in certain models (for example the iPhone 13 Pro Max) than in others (such as the iPhone 13 mini).

Above all, I had the opportunity to evaluate the autonomy of the iPhone 13 Pro, which seemed even better than advertised (it is not uncommon for me to end my days with approximately 10% battery life with the iPhone 12 Pro, while the iPhone 13 Pro has only passed the 50% mark once a week).

Major improvements (but not for all) 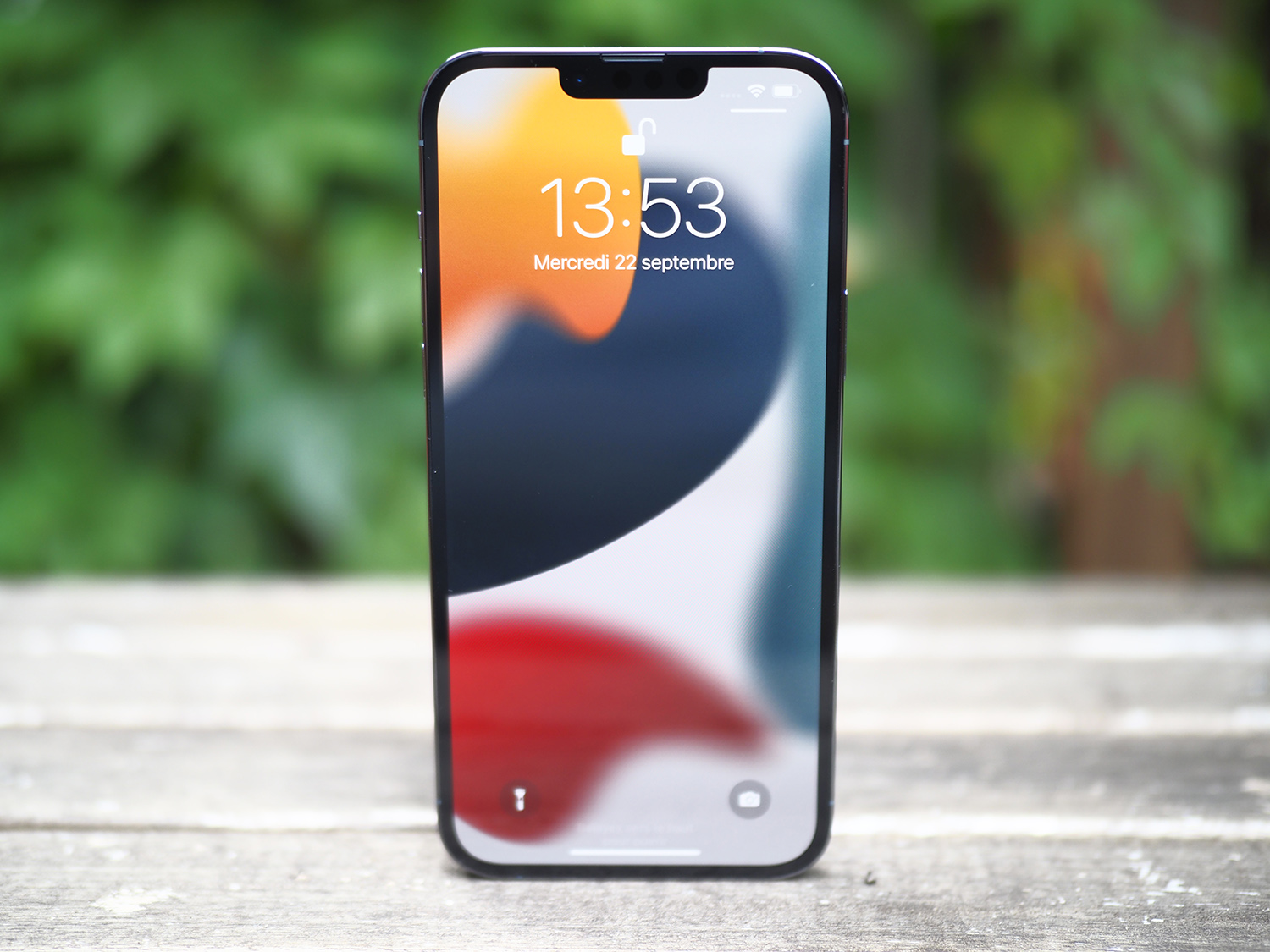 Everyone appreciates a better camera and a longer battery life.

However, other improvements are more subjective. This is particularly the case with the 120Hz update of the iPhone 13 Pro and 13 Pro Max displays. By displaying 120 frames per second instead of 60, as is the case with the other models, the device seems a bit smoother. When scrolling the screen, for example, the text is less choppy than with previous iPhones.

This technology is not new. It has been available for a few years on most high-end Android phones and iPad Pros.

Some users swear by the high soda. For them, trying is adopting it, and they have a hard time coming back then. It’s not my case. Personally, we would disable functionality that I wouldn’t immediately notice. We are closer to the transition from Full HD TV to 4K TV than to the transition from traditional TV to HD TV, for example.

I also include in this category the new Cinematic mode of the iPhone 13 camera. This is sort of the equivalent to Portrait mode, which adds artistic blur around subjects, but for video.

The iPhone 13’s Cinematic mode allows you to adjust the focus after recording the video. Screenshot: Maxime Johnson

To compensate for its lag (various Android models offer a similar effect, such as the Samsung Galaxy S21 Ultra, Huawei P40 Pro, and OnePlus 9 Pro), Apple has added an original feature, which changes focus automatically during a scene. If the main subject of the video rotates to see someone enter the scene, for example, it will automatically focus on the new person.

If this last feature seems more like a showcase to me, it is clear that the blur effect in videos is generally successful, at least in humans and animals (the blur is lost in still lifes, such as flowers). And interestingly, it is possible to change the focus after the video is finished. If an automatic transmission is not appreciated, or a little late, which is quite common, it is easy to correct the situation.

Personally, I would hope that using cinematic mode to film my two 1 and 4 year old boys would become the norm at home. However, for those who do not record videos of this genre, the mode will be added to the long list of never used functions of the phones.

Some thoughts on the models offered Several features of the Pro models, like the iPhone 13 Pro Max above, are appreciated, but not essential, such as a steel frame instead of aluminum for the iPhone 13. Photo: Maxime Johnson

Buying an older model is usually a good option to save money: For about $ 150 less, you have access to a device that is almost as powerful. However, this is not the case this year.

In fact, Apple has increased the minimum capacity of its iPhone 13, which now offers 128 GB instead of 64 GB for the iPhone 11 and iPhone 12. This is good news since in 2021, 64 GB is generally not enough for properly record photos, videos and applications.

When analyzing the technical specifications of the different iPhones offered, we realize that the price difference between an iPhone 13 of 128 GB ($ 1,099) and an iPhone 12 of 128 GB ($ 1,019) is minimal, especially for all the improvements obtained. . Therefore, the second should be avoided. At $ 749, the iPhone 11 (128GB) is a bit more interesting, if it meets your needs.

At the other end of the spectrum, Apple’s best phones, the iPhone 13 Pro and 13 Pro Max, don’t come in older models. To take advantage of technologies that are exclusive to them (such as the Lidar sensor to measure distances with their camera and the ProMotion screen of 120 Hz), you will have to pay for a device of the year.

They are great phones, but since the main strengths of the iPhone (everything related to iOS, for example, as well as the main camera) are also found in the regular models, the choice to go for a Pro model has more to do with the budget you need.

>> Also read: What you should know about the new iPhone, iPad and Apple Watch and how to choose the right phone