The iPhone 13 Pro can capture stunning photos that are some of the best you can get from a smartphone. Even the iPhone SE, the cheapest of Apple’s smartphones, can take beautiful photos that you don’t necessarily expect from such an affordable phone. These models, or any iPhone released after iPhone 6, have a creative trick that turns everyday images into long-exposure artistic photos.

A long exposure photograph is obtained by leaving the shutter open for several seconds, which has the effect of increasing the brightness (useful at night) and blurring movements. One of the most common examples is waterfalls where the raging torrent has smoothed out to become a tenuous stream. This is the long exposure technique also called long exposure.

Taking these types of images with a DSLR camera generally requires a tripod to keep the camera steady and a filter that limits light if you take the photo during the day. The iPhone uses a different, much smarter technique that does not require any additional equipment. This is Live Photos, a function that transforms a still image into a short animation by recording a few seconds of video when the shutter is released.

A standard image taken with the iPhone 11 Pro (left) and the same image, with the Bulb mode activated (right). © Andrew Hoyle / CNET

IPhone analyzes the image, isolates moving objects, and blurs them. It is also able to recognize what is not moving (a stone or a wall, for example) and maintain the sharpness of these objects. This method allows you to capture images with a long exposure effect, even in direct sunlight, without a tripod or filter. We explain how to proceed. 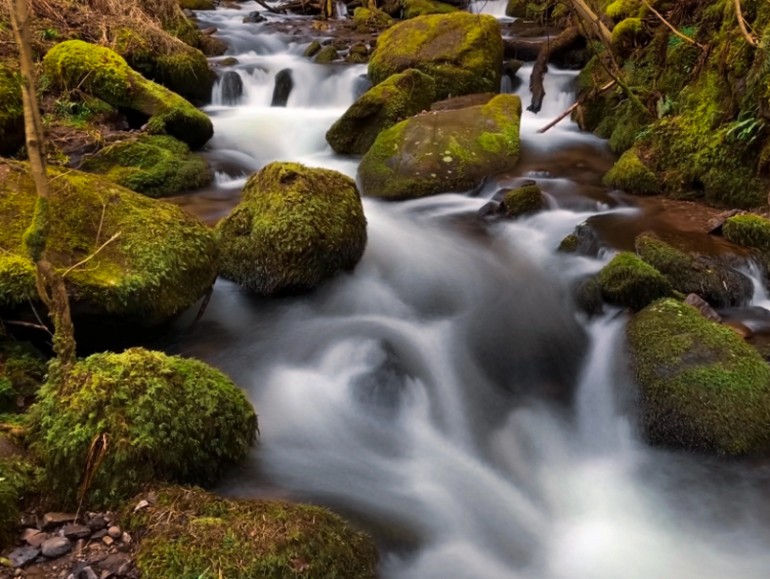 Not all scenes necessarily lend themselves to long exposure. A close-up of a flower cradled by the breeze will only be a blur, while a photo of a stationary car will remain static. What is needed is a scene where there are both static and moving elements. Waterfalls are a common theme, as the rushing water is blurry, while the rocks around it remain crisp. In fact, any body of water is a good subject for experimentation. 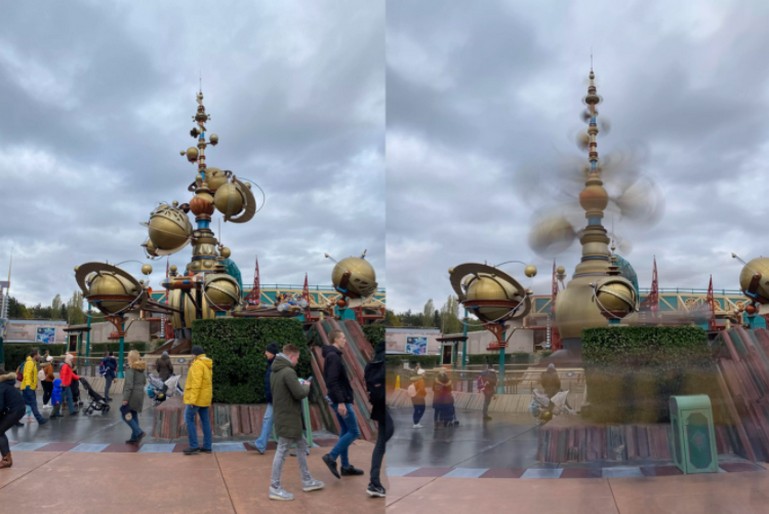 The standard photo (left) looks like any snapshot of a Disney park. But a long exposure (right) makes for an ethereal image that really brings out the movement of the scene. © Andrew Hoyle / CNET

The bustling city streets are also a good starting point. Thanks to the light bulb effect, buildings and roads will remain sharp and steady, while people walking will be blurred like ghostly figures. It also works great with cars at night as the headlights will stand out as very bright and colorful lines.

In Live Photos mode, iPhone records what happens 1.5 seconds before and after taking a photo. To take a long exposure photo, we use the motion recorded in a Live Photo. 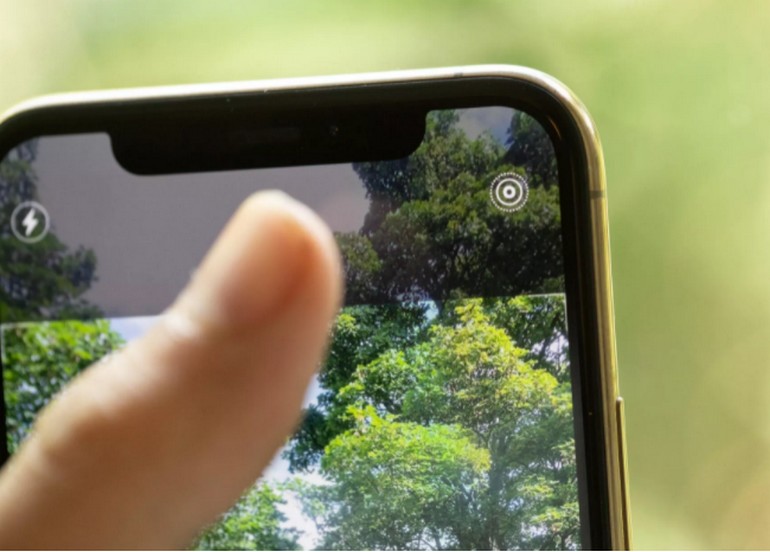 Make sure the Live Photos icon is not crossed out with a line.

This mode is at the top right of the camera screen (when held in portrait orientation) or at the top left (in landscape orientation). Live Photos is represented by an icon consisting of two circles surrounded by a third dotted circle. If it is not crossed out by a line, Live Photos is enabled. If it is crossed out, touch the icon and you will see the message “Live” appear on the screen in a small yellow box.

Stay as still as possible

While the iPhone does not require a tripod to take a good long exposure image, you will get better results if you keep the phone as stable as possible while taking the image. Our advice: lean the phone against a wall or other fixed surface while shooting. If you must hold the phone in your hand, pressing your elbows to your chest while holding your breath helps reduce unwanted movements.

Another good tip: take multiple photos while holding down the shutter button. This increases your chances of capturing at least one image that is stable enough to produce an interesting long exposure.

Once your live image is recorded, it’s time to transform it into a real bulb exposure.
If you haven’t updated to iOS 15 yet, here’s what to do:

If you have upgraded to iOS 15, the procedure is even simpler, you just need to select Long Exposure from the drop-down menu at the top left of the screen, at the LIVE level. 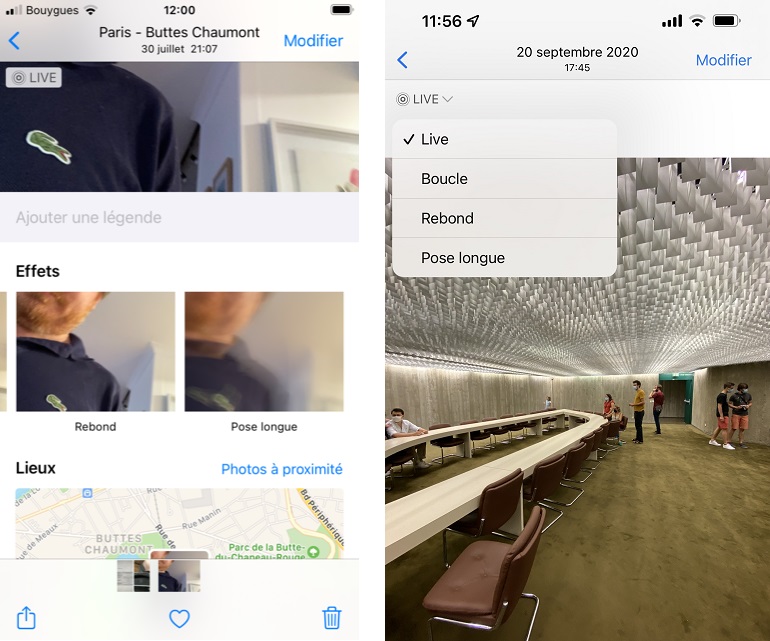 Feel free to apply the same effect to other photos you’ve taken of the same scene, in case they are more successful. 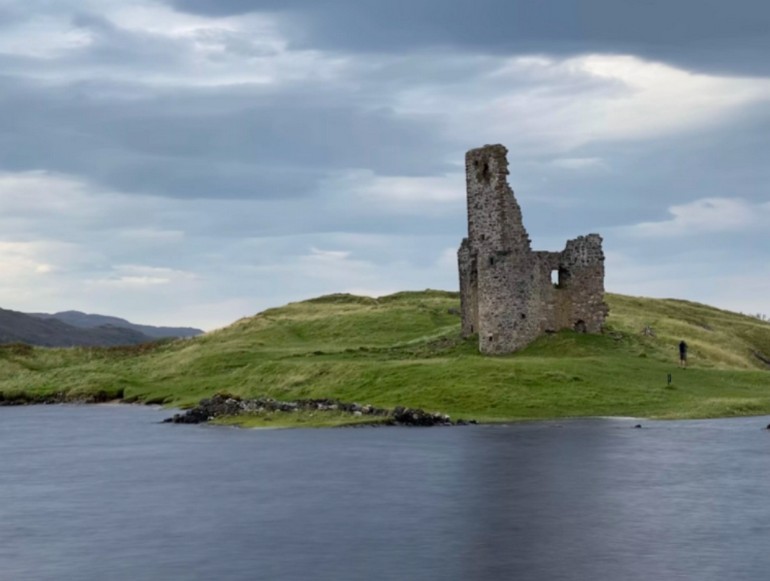 I wasn’t planning on making this a long exposure shot when I took it, but since it was a live shot, I was able to go back to it later and activate the long exposure mode. © Andrew Hoyle / CNET

Before you rush off to find the nearest waterfall, take a look at your photo library to see if you already have any images that can lend themselves to long exposure. The great advantage of the iPhone bulb tool is that you do not need to use it while shooting. You can apply it after the fact to any photo that can receive this effect.

If Live Photos was enabled when you took some of your photos, you can enable Bulb exposure on any of them. You can even browse your Live Photos album in your gallery to see all the photos you have on your phone that can be turned into a long exposure.