Japan Expo is also an opportunity to get together, especially between enthusiasts, and of course show off your best cosplay!! A small tour of the video game cosplays we’ve come across and thanks to those who took the time to take a break for us, it always warms our hearts when we see how well you embody all these colorful characters. We are trying to categorize this for you by series. Here, colorful costumes, go!

Obviously, as we said in our previous article, there is a lot of Genshin Impact this year.

Klee, Venty, Raider, Hu Tao, Ningguang, Xiao and others, they were all there! 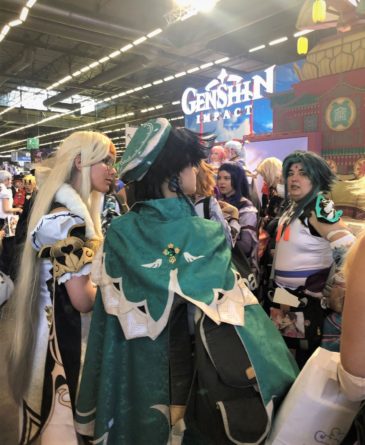 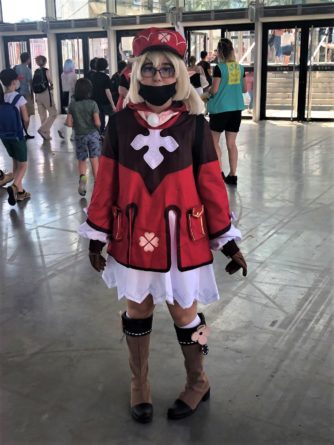 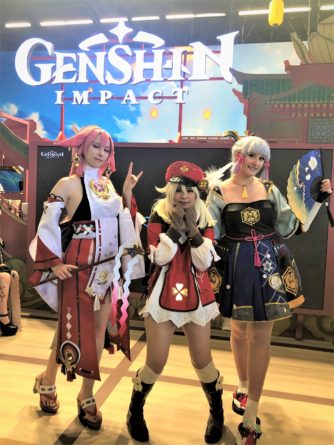 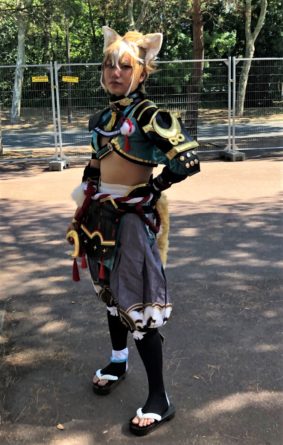 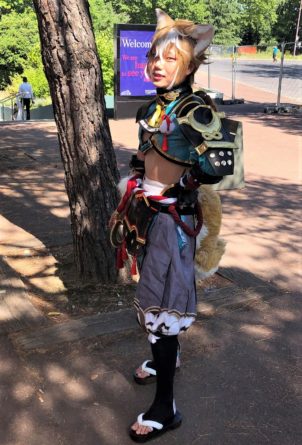 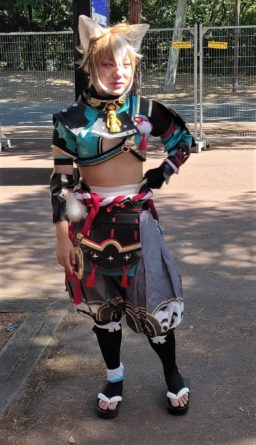 Thanks to Gore for posing for us as soon as the show opened! 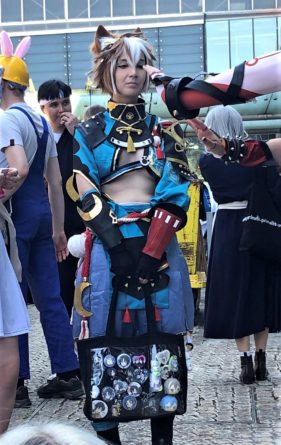 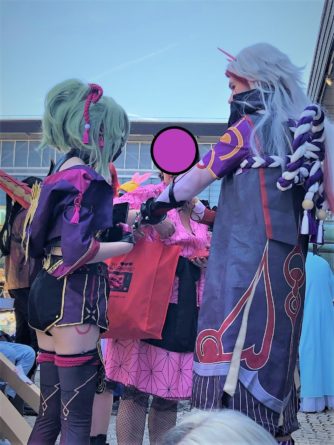 Itto, Shinobu and even Diluc with his fish sword (Famous Master of the Seas: tuna claymore, the best weapon in the game, haha ​​^__^). 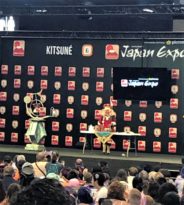 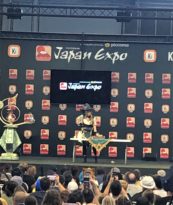 There was even a special stage with a Genshin Impact cosplay finale, a concert, and lots of other entertainment. Many people! We couldn’t get to the stage…

On the same topic, since it’s still a HoyoVerse game, we also had Honkai: Star Rail (at their booth).

A bit of Final Fantasy?

Mythical couple: Cloud and Aeris, who even kissed each other a little, except when I took a photo, it’s too bad! We stay at Nintendo with Animal Crossing. It must be said that Animal Crossing New Horizon revived fashion. Look at this nice Ronard who is trying to rip us off with his fake works of art, and Porceletta who will sell you delicious turnips on Sundays! 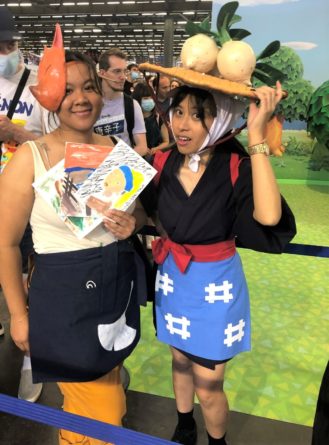 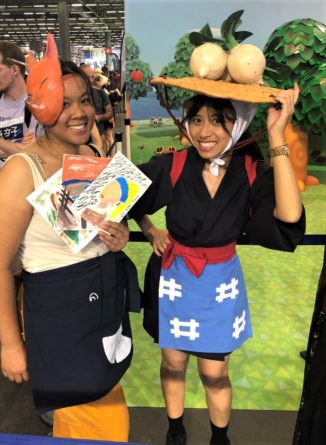 We were also lucky, as Nintendo created a whole set of decorations at their booth to take photos especially for the occasion! One of my favorites this year!! Too cute, Hollow Knight Knight! 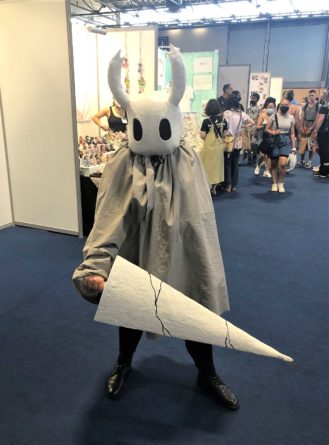 Such a “simple” but super effective cosplay!! We couldn’t miss it! 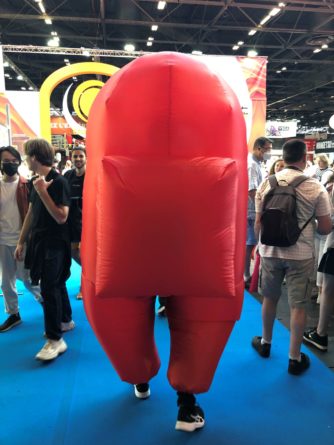 Some argue that with a little money (and a lot of paper plates) you can do great things (no, this is not a poor man’s cosplay!):

Attack of the Titans!

Think back to Attack on Titan: Wings of Freedom (PS4), just like other previous games. the reconnaissance battalion did not stand aside along with Eren, Levi, Mikasa and others. Let’s not forget the mascots and other cosplay of Fury, who gave themselves in this heat!! They must have been so hot! A few thoughts on them… 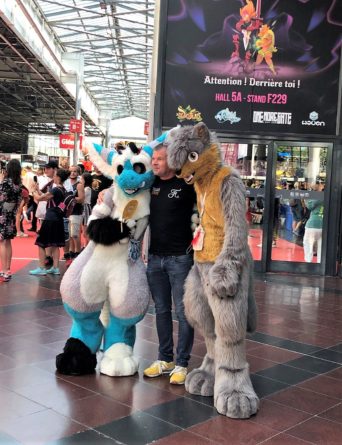 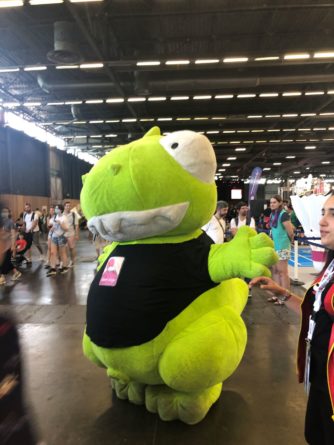 Even Sonic at the SEGA booth and Chibi Dino, Japan Expo’s official mascot!

Not forgetting the great classics: Mario without Chris Pratt (but with almost the same belly :D), Star Wars including monsters, wizards, witches and even warriors… beer?! WTF 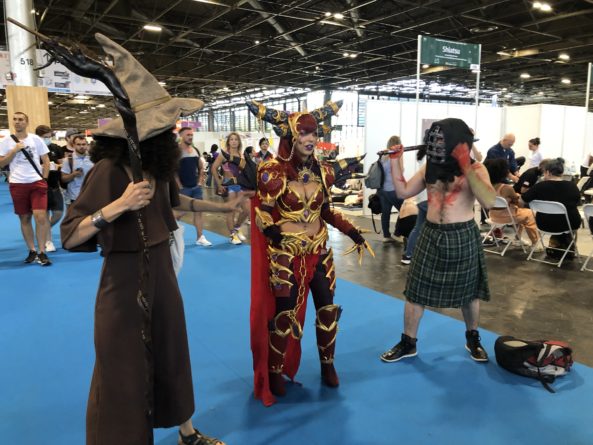 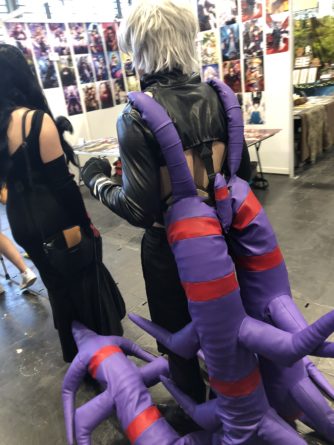 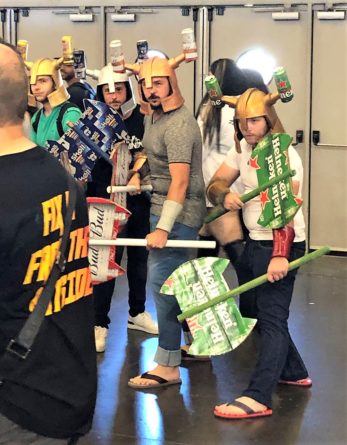 In short, we were once again spoiled and enjoyed!

Thanks to all the cosplayers of this episode (obviously, this is only a tiny part). And see you next year at Japan Expo 2023.