The JBL Bar 2.1 Deep Bass gets to the point. Combining a sound bar and a wireless subwoofer with streaming via Bluetooth, it offers very good sound with deep bass and is much more efficient than the Polk Signa S3, among its main competitors. The JBL’s subwoofer gives it an impressive dynamic range that is very relevant for big-time movies. What it lacks in terms of refinement and atmosphere, it makes up for with its sheer power.

The 2.1 Deep Bass is rather small (71cm) and coated with the typical metallic gray of the brand. There are controls on the top for volume, power and source while the front is covered with a grid that incorporates a fairly readable LED display.

While some soundbars include Chromecast or AirPlay Wi-Fi streaming, the JBL limits itself to Bluetooth for playing music from a smartphone. The sound bar also has an optical digital input, two HDMI inputs (one of which is ARC compatible) and decodes Dolby Digital. The sound bar itself incorporates four speakers “racetrack” and two 25mm tweeters. The subwoofer is imposing (240 x 240 x 379mm) and houses a 165mm speaker.

The audio controls are a bit too sketchy for our liking. The remote only manages the general volume and that of the subwoofer. We do not find the usual audio modes: “cinema”, “music”, “dialogues” which can be useful.

By default, the soundbar uses a “smart” mode that is supposed to produce “rich sound effects”. To deactivate it, keep the mute button pressed until a message appears on the display, then press the volume button “+” to see “smartmode off”.

You should know that the loudspeakers are limited by the laws of physics: those of small size cannot reproduce the entire audio spectrum, which is why some sound bars compensate for the gaps in the lower mids. This is what this JBL does, adding a bit of presence to its powerful bass. This helps to improve the intelligibility of the dialogues as well as the impression of detail.

Compared to the Polk, the Deep Bass 2.1 was more gripping when we watched the Thanator chase in Avatar. The subwoofer was able to reproduce more of the creature’s footsteps or the gentle rumble of the waterfall. The jungle rustled with the sounds of insects and flowing water. We just regret that the latter does not really offer a surround effect. Some competitors like the Sony HT-X8500 offer Dolby Atmos or DTS: X, at least in virtual terms, which bring a real plus in terms of immersion. 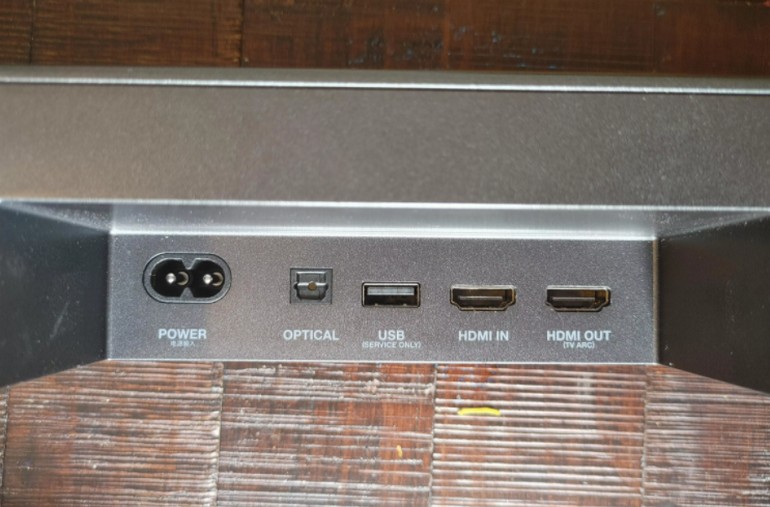 Note that the initial setup turned out to be trickier than that of the Polk. The bass knob only offers three levels and we felt that one more was missing between the medium and high setting. A little embarrassing absence for the films but which was felt with the music.

On the mid or higher setting, the bass hammered too much while the mids lacked energy. In contrast, on Dead Can Dance’s Yulunga, the JBL offered good stereo (for a soundbar at this price) with excellent dynamics and deep bass. However, we feel that this soundbar is more comfortable with cinema than music, for which a more linear representation of the audio spectrum, less focused on bass, would have been more appreciable.

The JBL 2.1 Deep Bass is faced with some interesting competitors, the Polk Signa S3 and Sony HT-X8500 as mentioned above, but also the very good Yamaha YAS-209, a model that we particularly appreciate which is DTS Virtual: X compatible. but also a little more expensive. You should seriously consider it if you can save a few tens of dollars more.

Also a little more expensive, the Sony HT-X8500 is also to be considered, especially since it supports not only DTS Virtual: X but also virtual Dolby Atmos, on the other hand it does not produce as much bass as this JBL since it is delivered without a subwoofer. For its part, the Polk is only available on the manufacturer’s website. However, it is offered at a slightly lower price. Very efficient and focused on the bass too, it is on the contrary more comfortable with music than cinema this time. So the choice will depend on your priorities.

The Bar 2.1 Deep Bass gives you a decent home cinema experience for the price. The absence of surround sound (simulated or not) is not prohibitive because the power of its subwoofer compensates quite a bit. If you want minimal setup and tweaking fuss, the JBL offers excellent audio quality for a reasonable price. But if you can spend a little more, we recommend the Yamaha YAS-209, which is DTS Virtual: X compatible.