Always so stealthy, Joker once again raged on Google Play. The malware infected an app that was downloaded by nearly 500,000 Android users before it was removed.

Joker Malware has increased attacks since its first appearance in 2017. The operating mode remains unchanged: the threat actors hide the malicious code in an Android application.

This Trojan is systematically banned by Google, but it always finds a way to resurface. Lately in October cybercriminals embedded it in a Squid Games app, taking advantage of the notoriety of the series to bait as many victims as possible

Just a month after this episode, Joker Malware returns for the umpteenth time, infecting 14 apps on the Play Store. After reporting, the apps were also removed. This December Joker has once again managed to bypass Google Play security. 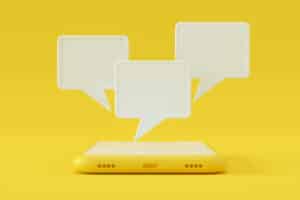 Researchers at the mobile cybersecurity company Pradeo claims to have identified another malicious application that hides the Joker codes. Is about Color message which has since been removed by Google.

This application that offers fun customizations for SMS is a priori safe. Almost 500,000 Android users have already downloaded it. According to the researchers, Joker is difficult to detect. In fact, the authors only use very little code.

Once installed on the target’s phone, Color Message accesses the users’ contact list and filters it over the network. The malware then steals money from victims by surreptitiously registering them on paid sites.

With a very small footprint, Joker is difficult to detect and its removal can be just as complicated. The malware hides the icon even after installation.