Today, every time we look at an image of something in space, it’s perfectly legitimate to ask: does it really look like that?

Most often, scientists add some “artistic touches” to their images of the cosmos. It’s not for fun (although it’s a lot of fun), but because adding a bit of color or contrast is very useful for bringing out detail in raw images of planets, or for depicting light invisible to the human pupil.

For space enthusiasts, this means that, as NASA’s James Webb Space Telescope has tried to convince us, the Carina Nebula is not like hot, melted caramel. Contrary to what is written in elementary school textbooks, Venus is not a mustard yellow sphere. And contrary to what the Hubble Space Telescope suggests, the Veil Nebula is unfortunately not an iridescent rainbow worm. The same for the rest. 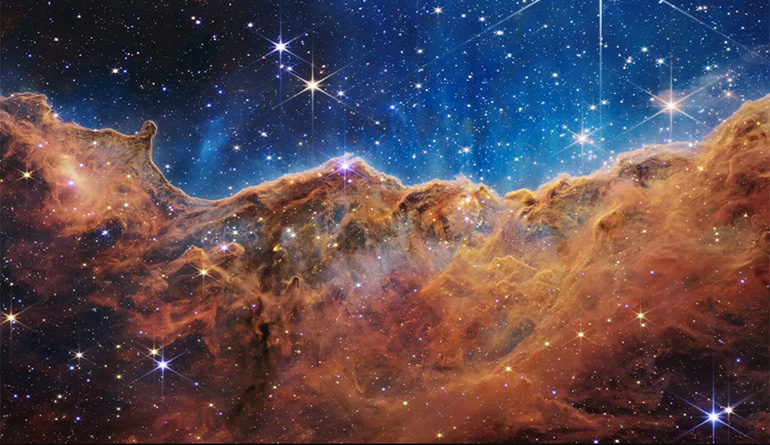 So every time we look at an image of a realm beyond Earth that hasn’t been colored in, we look at it a little longer than usual, and last week we were lucky enough to see such a miracle.

Look at the left side of the following image, taken by NASA’s Juno spacecraft and carefully crafted by amateur astronomer Bjorn Jonsson. This is what the surface of Jupiter would look like if we could look at it the way we look at the Moon. Indeed, the king of the solar system. 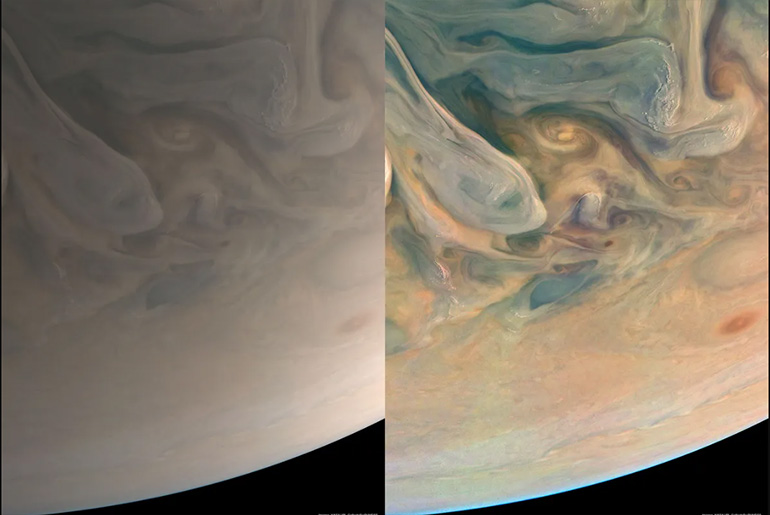 On the left is the planet Jupiter (approximately) as we see it in situ, on the right is the same image, but this time with changed colors. Photo: NASA. Bjorn Jonsson – 07.05.22

Can’t help but look to the right side? Attention. This is one of the processed images. It features enhanced color saturation and contrast to highlight Jupiter’s characteristics, NASA said in a statement. This manipulation was important to reduce noise or other artifacts in the portrait, the agency explains.

“This clearly reveals some of the most intriguing aspects of Jupiter’s atmosphere,” NASA said, “including color changes due to different chemical compositions, the three-dimensional nature of Jupiter’s vortices, and the small, bright “pop-up” clouds that form in the upper atmosphere.”

Of course, this version of Jupiter’s mottled skin is undeniably visually more striking, but the left side is our reality. There is a ball of spinning gas in space that can hold over 1,300 earths. And… he probably looks like this.

Amateur astronomer Bjorn Jonsson has collected and compiled publicly available data from NASA’s Juno mission. Juno is a spacecraft the width of a basketball court that makes long circular orbits around Jupiter collecting information and images.

Since its launch from Earth in 2011, the Juno spacecraft has been very successful.

She brought back an impressive photo album of Jupiter, featuring colorful watercolor swirls of azure and opal, a gorgeous view of Jupiter’s atmosphere in pink tones, and dimmer, more realistic images of its layers. 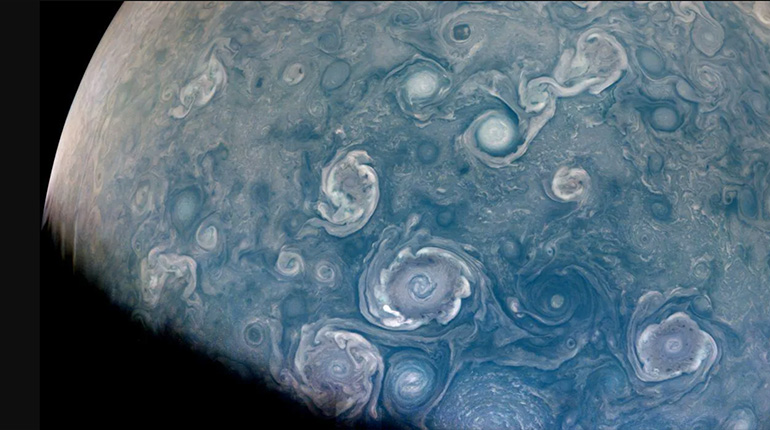 Also, on April 9, Juno reached its closest approach to Jupiter, just over 2,000 miles above the planet’s clouds, paving the way for such hitchhiking movies.

As for Jonsson’s new image of the gas giant, Juno was about 5,300 kilometers above Jupiter’s cloud tops, at a latitude of about 50 degrees. “At that time, the spacecraft was moving at a speed of approximately 209,000 kilometers per hour relative to the planet,” NASA said.

Another victory for Juno and another introspective cosmic treasure for us.