This is a robot that lives up to its name. Like Spider-Man, Marvel (“Magnetic Adhesive Robot for Versatile and Fast Movement”) is able to quickly climb steel walls and crawl metal ceilings thanks to magnets attached to his legs. Developed by the Department of Mechanical Engineering of the Korea Advanced Institute of Science and Technology and featured in the journal Science Robotics, the robot can even maneuver around 5 cm high obstacles, navigate uneven and curved surfaces, and effortlessly transition from floor to wall and away from wall. to the ceiling.

To design robot soles that resemble Spot, Boston Dynamics’ robotic dog, the researchers combined an electro-permanent magnet (EPM) and a magnetorheological elastomer (MRE). The latter is a composite material made by mixing magnetic particles such as iron powder with a polymer matrix such as rubber. Which increases the friction force without significantly reducing the magnetic force of the sole. On the other hand, EPMs can magnetize and demagnetize an electromagnet with little power and do not need energy to maintain the magnetic force. Thus, the robot can easily move along the walls without sliding down.

A robot that could be of interest to the construction industry

At 8kg, the Marvel can withstand an external force of 54.5kg vertically and 45.4kg horizontally. According to its designers, it was able to climb a vertical wall at a speed of 70 cm per second and move along the ceiling at a speed of 50 cm per second. In a statement, the researchers note that the robot can climb “even over painted, dusty surfaces and the rusty surface of water tanks,” thus proving its ability to be used in real-life conditions.

Introduced as the first climbing robot without wheels or tracks, Marvel could be a particularly valuable ally on construction sites or large warehouses. For example, on ships or on decks, it can perform tasks that are dangerous to humans, whether it is inspection, repair, or maintenance of steel structures. In this area, however, it will certainly have to face competition from drones, which are becoming increasingly popular. 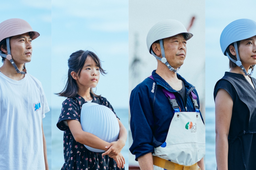