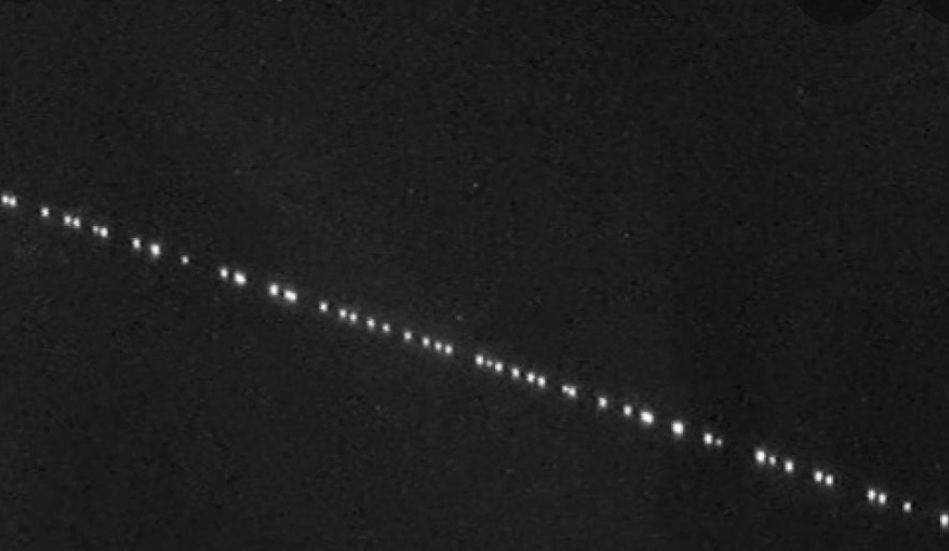 Many in the Vosges saw an impressive string of glowing dots in the starry sky early last night. It was around 21:50 when the trail was slowly going through the valley of the lakes, which could indicate an extraterrestrial phenomenon.

It was actually a sequence of hundreds of satellites from the highly controversial Starlink project led by US billionaire Elon Musk (Tesla). So it was not a dream and not even an attack by extraterrestrial ships.

Science et Avenir explains: “The satellites were originally launched by a SpaceX rocket at an altitude of 450 km together. Gradually, they separated from each other, in a single line, and opened their solar panels, which reflect the light of the Sun. ” This explains that the luminous procession is quite beautiful to observe.

The next passage in the sky of the Vosges, the next night around 21:30.

Watch the video taken from the site: https://www.agences-spatiales.fr/observer-satellites-starlink-spacex/


next postWedding – Karin and Frank