A creaky haunted house, a crumpled, whispering old woman, an incoherent and annoying demon, a camera to show what is hidden in the shadows, the ticking of a crazy clock, creepy audio recordings … A premiere view, stop yawning. MADiSON is like a guide to horror video games for dummies, in the modest best of all clichés of the genre.

It begins in a dark room where the hero wakes up, not really understanding what happened to him. It continues in the dead grandmother’s house, where the spirit of the serial killer and demon from the sequel “Mr. Babadook” dwells. It captivates with a story of possession, a satanic ritual, and time travel hallucinations. And it ends in five or six hours, without difficulty, but with a few well-perceived bursts.

MADiSON, invented by the independent studio Bloodious Games, is, of course, a trifle without consequences, but it is perfectly thought out. Obviously put together and conceived by a team of enthusiasts, it’s a fun filled with bugs, but damn effective.

The underworld house may look the same as it did in Resident Evil 7, but it ends up looking more like the home of a slightly crazy artist from Layers of Fear. From the first corridor, the character Lucas unwittingly falls into a pit of madness, where time and space will fly away, as well as his hopes for survival. Moving rooms, moving objects, opening doors, disappearing ceiling: all of the little dread wizard’s armor has come to the rescue to turn this shack into a hallway of hell.

MADiSON uses the blind spot of the first-person view, but does not abuse it. Each glance back does not cause fear of jumping and does not show a mutated environment. Instead, the game relies on tension, anticipation, and, above all, reflexes and habits. The anticipation of the next turn or the opening of the door gives a feeling of joy, which gives the first hours a sacred temperature.

A typical Sunday at grandma’s

Thus, the nightmare is written in small strokes. There are squeaks and noises all the time that make you exist off-screen and make you vacillate between the sound of character footsteps and the presence of other things. ). Not-so-Catholic objects appear regularly and come to life to remind us that anything is possible, especially the worst. And sometimes a terrible horror just peeps out and for a short time opens the gates of hell.

In a few key episodes, the art direction opens the door to pure fantasy, in short but beautiful parenthesis of horrific delirium. All it takes is a few levitating objects, a variable-geography basement, or an army of virgins to give the game a dark tone and spark the imagination, despite the classic folklore of the terrifying katoporno.

It’s all about pace, and MADiSON sows those seeds of horror with just enough mischief to keep the adventure always exciting. 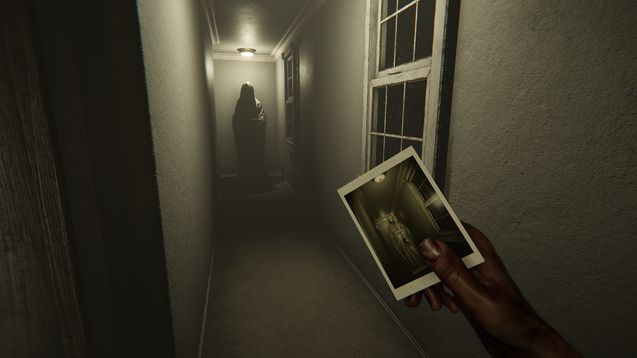 Virgo happens to me

Striving to be the best in its genre, MADiSON is clearly taking a card from black. From a mere dark corner to a place completely immersed in darkness, it’s no surprise that this is a boulevard for trembling and fright, thanks in part to the magical chamber. A distant relative of Project Zero, as it allows you to scare away demons or reveal the hidden face of certain decorations and items, it becomes both the best friend and best enemy of the players.

To take a photo means to see the end of the corridor, the location of the door or the key to the riddle. But it is also, and above all, the risk of discovering and waking up a being stuck to our tails, which will for a moment bare its terrible face. The effect is simple and diabolical, especially when there is no need to move forward, but simple unhealthy curiosity takes over.

Why walk down a familiar hallway in the dark when all it takes is a small flash to see if there’s a demon around the corner? Why calmly walk along the wall to find your way, when the appearance of an eerie silhouette a few meters away can confirm this slight desire to cry, and then hang yourself? Why is it wise to stay in the dark when the light can create that flash of pure longing and always make you want to see a little more, even if it means regretting it? 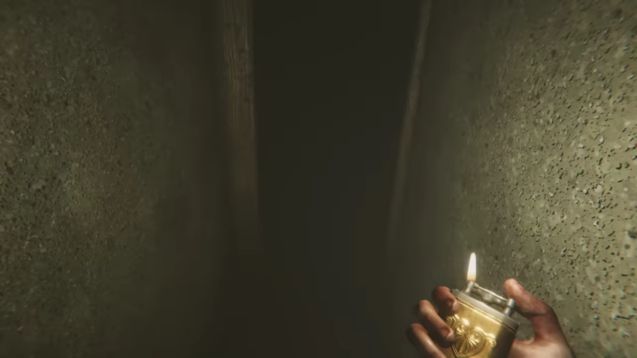 Turn it off, turn it on again

Unsurprisingly, some of MADiSON’s best scenes are the ones that play with darkness, facing this nothingness where anything seems possible – especially the worst things. In these moments, MADiSON uses purely cinematic tricks, referring to a scene from the first Saw where a character tries to find an intruder in a house thanks to the flash of his camera, or to the skillful Thai horror film Shutter (dark camera and ghost story).

Combining this slight fear and the maze figure, the game creates some deliciously terrifying moments where the urge to open your eyes thanks to a flash rivals the urge to close them and run while Chantal Goya (or Dua Lipa) sings to downplay the situation. Sometimes the script is too convoluted to get to the heart of the idea (the scene at the bottom of the well, the labyrinth where the silhouette serves as a compass), but sometimes it’s too twisted to be unsatisfying (having to turn the power out to move forward and get back to the confidence level).

The icing on the goosebumps cake: the music, here again very classical, but which blends perfectly with the contours of the nightmare to fuel brief bursts or long plateaus of misery. 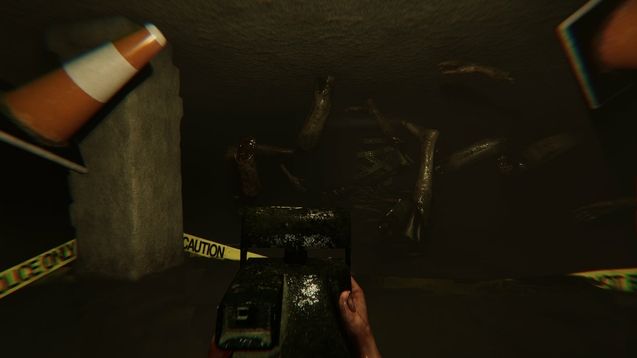 MADiSON, however, hits the wall after a few hours. Very quickly, fear eats away at the certainty that these surges are nothing but surges, and that these demons are only puppets moved for pleasure. Once the screamer is integrated into the gameplay, the game takes the form of a small routine with a series of puzzles interspersed with the look. Puzzles are sometimes very funny (rearrange clocks, colorful labyrinths in time, passage to the morgue) and worthy of Point’n Click (zero irony, Point’n Click is life), but then the feeling of a wellness walk becomes stronger and stronger.

As this awful routine becomes all too obvious, all the game’s limitations seem more and more annoying: limited inventory for nothing, Lucas’ useless voice, extremely cramped decor, and simple tools and effects (a notebook where Lucas draws during a crisis, to point the direction, audio recordings to expand the mythology). 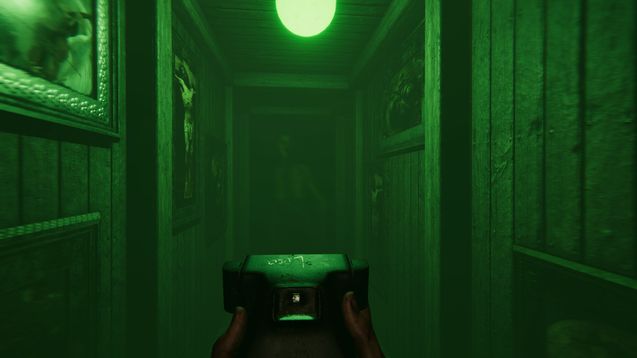 This is largely due to the tightly twisted, extremely simple, but overly twisted plot. Nightmare has three parts, with three demons roaming the corridors and a character spirit: Madison (who can’t pose a real threat since her plan needs poor Lucas), Blue Knees (the real one and the best of them all, but who has there is a real role only at the end), and Hans Goering (who is just an addition to furnish part of the game). This little horror museum lacks too many references for the story to last to the end, with real horror influences coming from the Lucas.

In any case, saving the Blue Knees for the end was an inspiring choice, as this ugly and frightening monster is the true face of fear. Taunted throughout the game, finally revealed and freed after discovering a gory book that tells of his supposed origins, Blue Knees begins with one of Madison’s most striking images: his small, white and bleak head, leaning over the corner of a door like an invitation to the top floor of horror. . This creature joins the genre’s larger family of conventional ghosts, yet remains bizarre, destabilizing, and mesmerizing nonetheless. 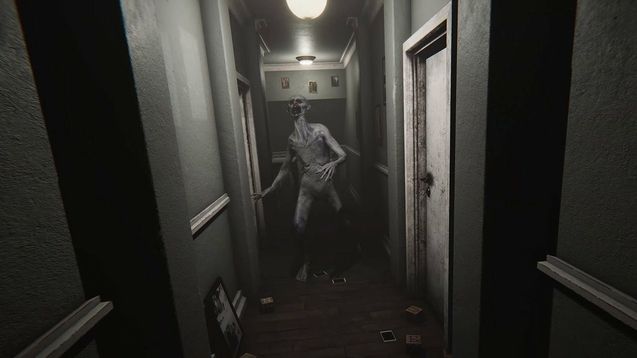 This latest straight line against the Blue Knees is a game-changer, evoking a real sense of danger for the first and last time. On the one hand, there’s the silly but highly effective mystery, as it revolves around an old record player and a tune that can make any place downright creepy (warning: it’ll haunt you in less than 48 hours). On the other hand, Blue Knees, which at some point will fall on Lucas. Only the flash of a camera can calm him down. The parallel between the two has a certain effectiveness, and even if it all resolves in a few minutes, there remains a beautiful goosebumps.

As the end credits roll, after a decidedly dark and messy ending, the memory of Blue Knees lingers. His anorexic Slenderman look, his bleached cartoonish face, his little eye problem and his terrifying appearance. MADiSON could be called the Blue Knees, but above all: The Blue Knees deserve to be back. 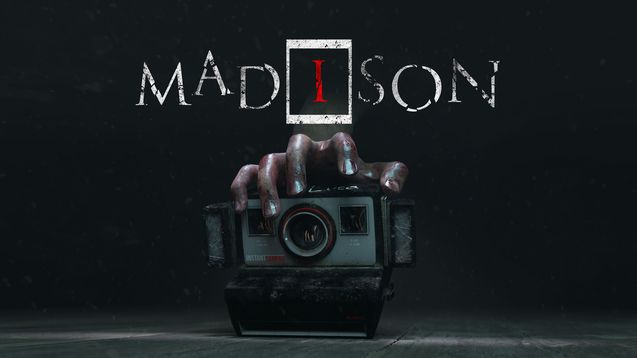