Game News Marvel’s Avengers: after Spider-Man, an unprecedented superhero could make his arrival in DLC

After months of waiting, Crystal Dynamics has finally allowed PlayStation gamers to take control of Spider-Man, who had somehow closed the 2021 roadmap. But what to expect now about the follow-up to the game? Well, a new rumor, which is gathering momentum, reports the arrival of a new character, and more precisely of a superheroine.

The end of the year for Marvel’s Avengers was marked by the arrival of Spider-Man. In this sense, we also gave you our impressions of this new ally that currently monopolizes the news of the game, after the introduction of Hawkeye and Black Panther. Overall, 2021 has been a pretty chaotic year for the game and development teams amid the anger of the players and the cue sent by Square Enix.

However, the studio seems to want to bounce back and restore its image with a series of new additions over the next year. At the moment, nothing has been formalized from Square Enix or Crystal Dynamics, but the first elements have been found on the internet. In fact, one of the most knowledgeable insiders on the game featuring Marvel and Disney superheroes has come to give weight to recent rumors about one of the future DLCs.

A heroine who will destroy the house?

After revealing last year that Black Panther’s voice actor would be the same as Kratos in the God of War reboot, Miller went public with a rumor about a superhero entering the Avengers ranks. The list of superheroes that could be brought into the game was quite long, but it seems that Crystal Dynamics has made its choice.

As Miller reveals, actress Krizia Bajos, whom we recently met at the Netflix creation Arcane where she played the character of Ximena Talis, is likely to take on the role of Jennifer Walters. If this name may not sound familiar to you, you should know that behind a famous lawyer hides, Bruce Banner’s cousin, who will become Miss Hulk, or She-Hulk, after a blood transfusion. 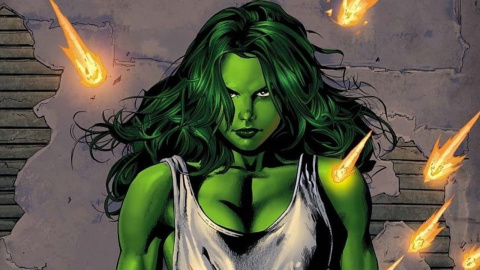 You’ll get it: She-Hulk would be one of the next contenders for the Avengers role in Tony Stark’s gang. If this is just a rumor, corroborated by a fairly informed Internet user on the subject, it became even more important when the actress and presenter responded to Miller’s tweet with a “green heart” emoji, which closely resembles a media formalization. word. .

At the moment, we have not received any information about the presentation of Miss Hulk, nor about the date of her possible arrival. However, players are speculating about a March release, which would coincide with the start of the game’s next roadmap. All that remains is to wait for a response from Crystal Dynamics that will confirm or deny the superhero’s arrival in 2022.