This new generation of FSR 2.0 is expected to provide much better image quality than the FSR 1.0 released in June 2021, but more importantly, it will be supported by the Xbox Series X and Xbox Series S consoles. Interest in supporting this technology should be able to make it easier on the GPU by displaying lower resolution while maintaining detailed images. Thus, the machine can run video games at a high frame rate per second without compromising the immersive visual effect.

AMD offers an image that compares FSR 2.0 rendering to native 4K resolution. Even if we see a small difference, we must admit that the result is convincing: 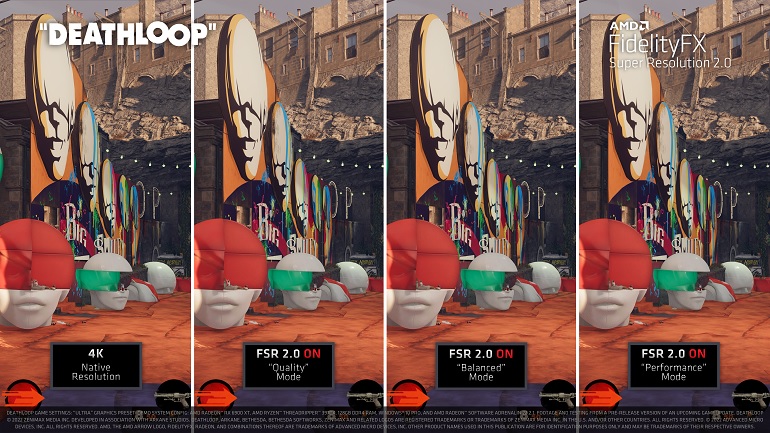 AMD has yet to announce when Xbox Series games will support FSR 2.0.