In a nutshell, Sony recently expressed concern that Microsoft’s acquisition of Activision Blizzard could seriously hurt the market if Call of Duty or other Activision games become exclusive to Microsoft platforms. Microsoft’s latest response refutes that claim, accusing Sony of being afraid of Game Pass and calling the PlayStation maker a hypocrite given its exclusive deals.

Microsoft filed a lengthy defense of its Activision Blizzard acquisition with the Brazilian Administrative Council for Economic Defense (CADE) this week. This primarily points to the groundlessness of Sony’s concerns about anti-competitive exclusivity practices.

Last week, many major gaming companies, including Sony, reacted to an investigation by CADE, one of several international competition regulators considering a deal between Microsoft and Activision. Sony has told CADE that it believes Call of Duty will become irreplaceable if Microsoft stops developing the PlayStation versions – that no other developer or publisher will be able to release a game that competes at the same level.

Microsoft disagreed and confirmed its intention to keep future Activision Blizzard games like Call of Duty, Diablo 4 and Overwatch 2 on the PlayStation. Additionally, he argued that the exclusivity of these games would not attract enough new customers to the Xbox to make up for the lost sales of the PlayStation versions. Microsoft still maintains the PlayStation and Nintendo Switch versions of Minecraft, recognizing that it’s bigger than the Xbox could ever be.

Sony and Microsoft’s comments on CADE raise questions about the level of Call of Duty competition. Its free battle royale mode – Warzone – has many rivals such as Fortnite, Apex Legends and PUBG. The landscape is less clear when comparing competing games to other Call of Duty multiplayer modes or single-player campaigns. Battlefield is the most obvious contender, but its latest game, Battlefield 2042, lacks a single-player narrative and has been coldly received by gamers and critics alike.

Rainbow Six Siege is another popular military-themed multiplayer shooter, but its play style doesn’t quite match up with Call of Duty. Microsoft pointed to comments from other companies questioning the usefulness of gender categories for CADE. For example, Overwatch can compete with Apex, Siege, Valorant or Team Fortress 2 (the latter two are not on PlayStation), although they are different combinations of hero shooters, tactical shooters and combat games, battle royale.

However, Sony didn’t say that no other company could make a game like Call of Duty, only that they couldn’t replicate the Call of Duty brand. It was the best-selling premium-priced first-person shooter for several years (although its biggest competitors are now free-to-play). 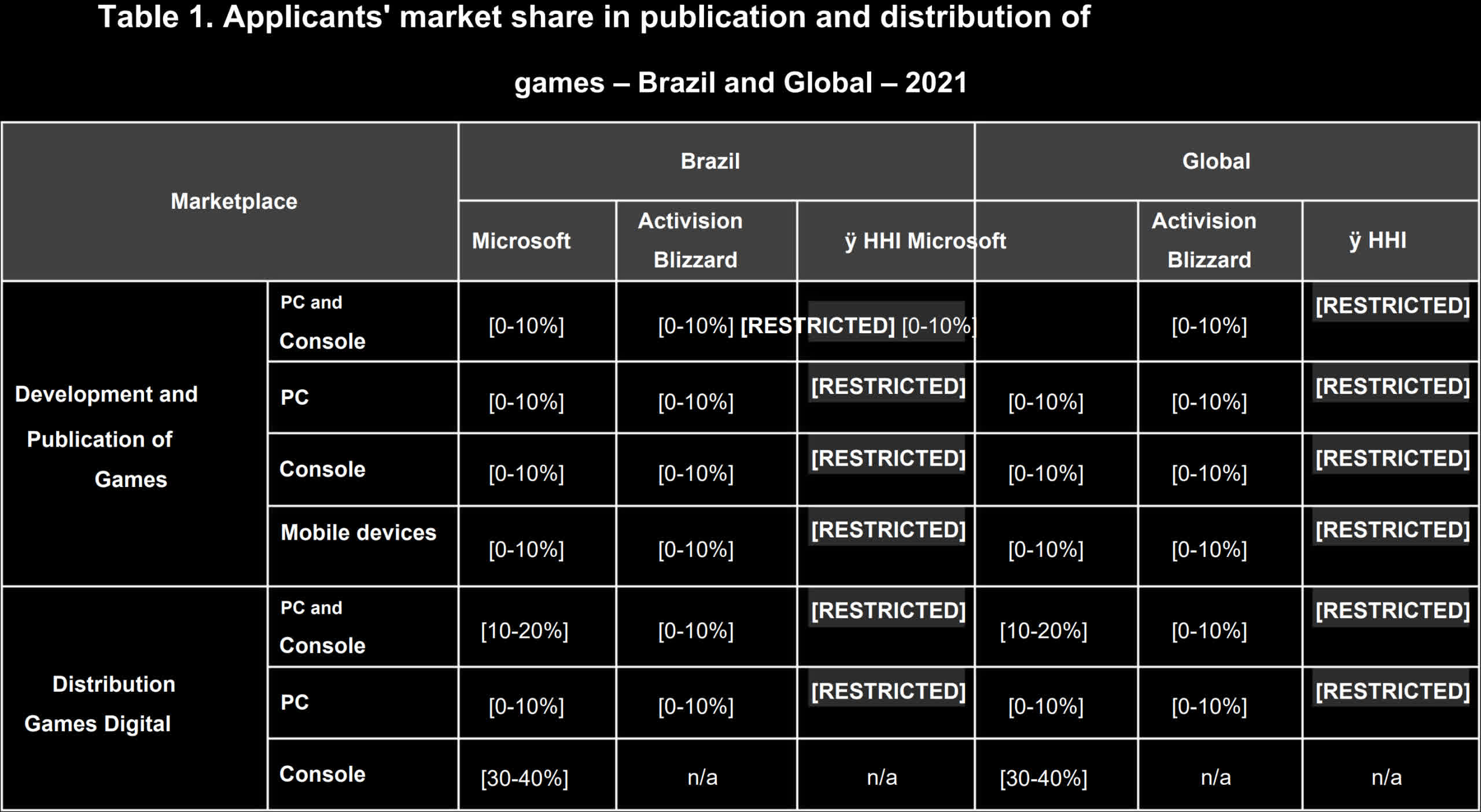 In addition to announcing that Call of Duty won’t be an Xbox exclusive anytime soon, Microsoft has urged Sony to keep games like Deathloop, Ghostwire Tokyo, and Final Fantasy VII Remake off the Xbox. Both Deahtloop and Ghostwire are owned by Bethesda, which Microsoft acquired after Sony made those deals.

Microsoft also denounced Sony’s concerns that the inclusion of Call of Duty and Blizzard games on Game Pass would be a “tipping point” that pushed customers away from PlayStation retail purchases. The company said Sony was concerned that the subscription service, which represents a new business model, would threaten its dominance in the distribution of traditional console games.

Sony recently responded to competition from Game Pass by completely restructuring PlayStation Plus and PlayStation Now into a tiered service. However, Microsoft has hinted that Sony’s refusal to include its latest in-house titles like Horizon Forbidden West or Gran Turismo 7 in the subscription indicates a reluctance to fully commit to the business model.

Moreover, the Redmond-based company explained that the acquisition of Activision Blizzard does not give it a monopoly market share in any corner of the gaming sector. He claims that Activision Blizzard and himself own no more than 10% of the game development pie. Additionally, while Microsoft owns over 30% of the digital distribution market for console games, Sony owns over 50%.

The uniqueness and importance of Call of Duty in the marketplace is debated, but it’s unlikely that buying Activision Blizzard would give Microsoft an unfair advantage.