We’re so used to sharing files between the cloud and our local PCs that we often don’t think about where the file is physically located. It looks like Microsoft wants us to start thinking about our computing resources in the same way – and start considering AI when buying a new PC or processor.

In the future, the application you are using will decide whether to use your local processor power or not. local “neural processor” or NPU; or the cloud to quickly complete your task.

“We are entering a world where every Windows PC will harness the combined power of CPU, GPU, NPU and even the new coprocessor, Azure Compute, in this cloud-to-edge hybrid world,” said Microsoft CEO Satya Nadella. during his keynote speech at the Microsoft Build conference, which took place virtually. “You will be able to conduct large-scale training in the cloud and draw insights at the edge, and the factory will work as a whole.”

What does it mean? Today we buy powerful X86 processors to run games, Microsoft Excel and other resource-intensive applications on our PCs. What Microsoft is trying to achieve is to bring new classes of applications to the PC, a “magic experience” that is increasingly dependent on artificial intelligence. These apps will use the CPUs and GPUs your PC already has, and use resources like the cloud and an AI processor like the NPU to help.

What Nadella suggests is that developers – Nadella mentioned Adobe by name – are building more intelligence into their own applications. (Think of Photoshop’s Magic Select tool, which can magically select an object by guessing what you’re highlighting.) These apps will learn and improve in the cloud, teaching apps through machine learning how to get smarter. They will then be tested—”bred” in AI terms—on your PC.

In other words, Microsoft sees the evolution of applications in that the cloud will interact with the local PC in two ways. You will save files to your PC (or backup drive or USB drive) and OneDrive; and you will run applications on your local CPU and GPU, as well as on Azure. The wildcard would be NPU, an artificial intelligence co-processor that has been somewhat ignored by X86 chip makers such as AMD and Intel, but is given priority to Arm. The choice between whether to use the CPU, GPU, NPU, or the cloud is what Microsoft calls the “hybrid cycle” and will be an important decision your Windows PC will have to make. However, from your point of view, it should just work.

At the Build Developer Conference, EVP and Chief Product Officer Panos Panay will talk about “a vision for a world of intelligent hybrid computing that connects on-premises
compute on CPU, GPU and NPU [neural processing unit] and Cloud Computing with Azure” is the company’s cloud technology.

“In the future, moving computing workloads between the client and the cloud will be as dynamic and seamless as moving between Wi-Fi and cellular on your phone today,” Panay wrote in his blog titled “Create next-generation experiences at scale with windows”. which accompanied the opening of the Build conference.

“We’re building on GPUs, CPUs, MPUs and, in essence, we’re introducing the fourth processor for Windows with Azure Compute – using Azure, one of the most powerful computers in the world, to deliver a rich local experience on Windows.” Panay said at the Build conference.

We don’t know exactly what these AI-based applications will be, but Microsoft itself has provided some past examples such as:

In 2018, Microsoft started demonstrating how Microsoft PowerPoint can “read” your presentation and suggest suitable slide styles.

So far, all these applications depend on the processor of your local PC, such as automatically adding subtitles to local videos. Others, such as automatic meeting scheduling in Outlook, can certainly use your own local computing power, but they can also use the Azure cloud that runs Outlook.com. The thing is, you don’t know and you don’t care. It’s just done.

What might these applications be? We don’t know, although Microsoft is clearly trying to rally developers to build these apps using Build as inspiration. We know Microsoft would love for you to start incorporating its Azure cloud into your computing experience, even if you don’t think of “Azure” as something you would subscribe to. Cloud gaming for Xbox from Microsoft? Windows in the Cloud or Windows 365? Outlook on the web? All of them rely heavily on Microsoft Azure and simply cannot be played without a cloud subscription to support them.

What is somewhat surprising, however, is how strongly Microsoft seems to believe that Arm computers will be needed to power this future. “Magical AI-powered experiences increasingly require massive computing power beyond the capabilities of traditional CPUs and GPUs. But new chips such as Neural Processing Units (NPUs) will add advanced capabilities to key AI workloads,” Panay wrote.

In other words, “in the future, the speed of your computer will be measured by the power of its neural processor,” said Microsoft tech Steven Batish of Build.

Both AMD and Intel have been buzzing about AI capabilities in their processors since Intel’s 10th generation “Ice Lake” chip. There, Intel demonstrated how AI can be used to filter out background noise during a conference call, speed up photo-editing tools, and more. But artificial intelligence was not the focus of subsequent presentations. For their part, AMD execs have mentioned that Ryzen 7000 will have specific AI instructions, which they will reveal later, and that’s it.

However, Arm and its licensee Qualcomm have made AI a huge priority, and its recent Snapdragon 8+ Gen 1 chip contains what Qualcomm calls its 7th Gen AI engine, with a 3rd Gen sensor hub that runs at low end for filtration. from audible noise along with other features. In smartphones, the impact of artificial intelligence is felt more quickly: “portrait” images and videos use artificial intelligence to separate the subject from the background and apply filters. Qualcomm may call it an “AI engine,” but by any other name, it’s an NPU. And Microsoft seems to want them on PC.

During the demo, Batish demonstrated that the face tracking algorithm would require over 20W on a traditional X86 processor, while only 137mW on an NPU.

And how is he going to do all this? It’s not entirely clear. Surprisingly, one name we haven’t heard of is Windows ML, the AI ​​API we first heard about in 2018 to bring AI to Windows…then it sort of disappeared. 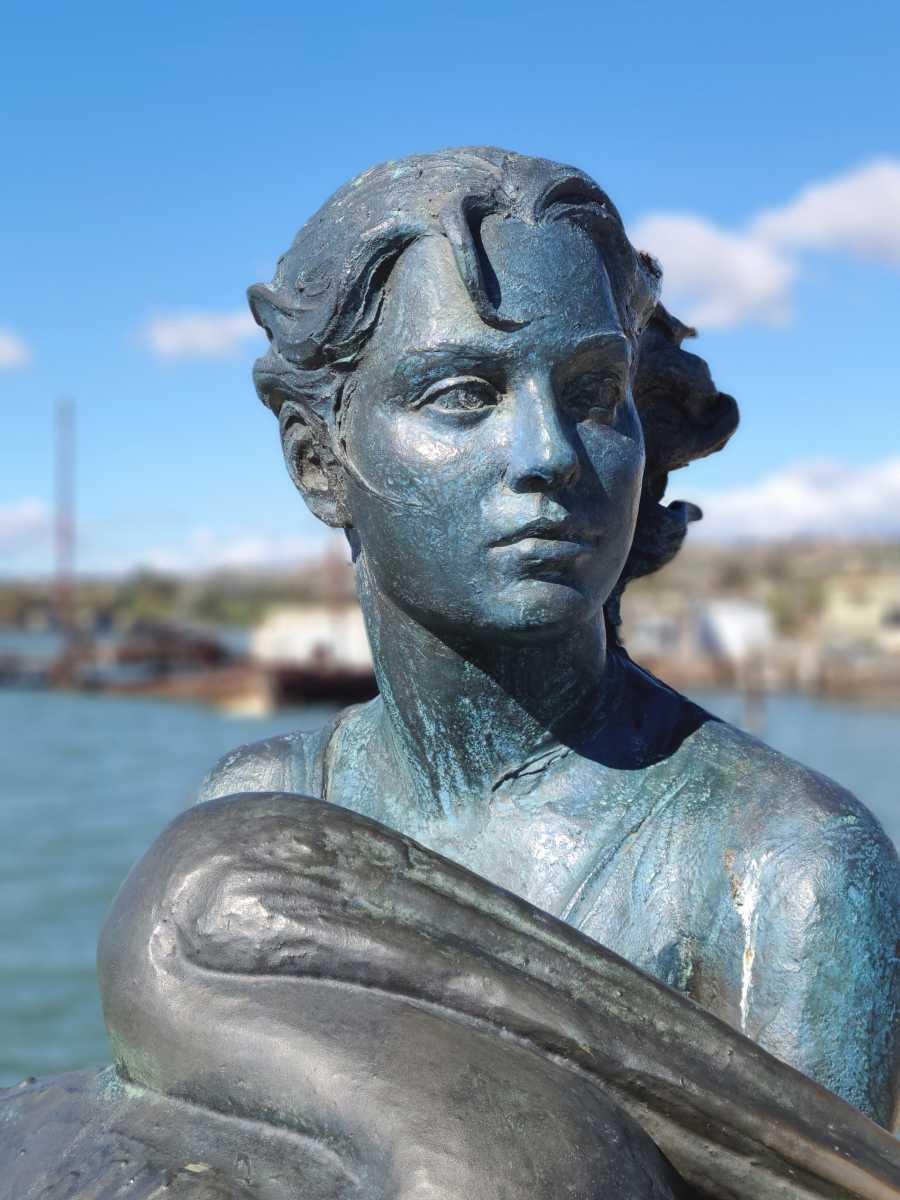 AI-powered tools are much more commonly used on smartphones, where algorithms are used to highlight the subject of a photo in “portrait mode,” as in this shot of a Qualcomm-powered Samsung Galaxy S20 phone.

For one thing, Microsoft hasn’t specifically named Arm as its NPU vendor of choice. But in the past few years, we’ve seen a steady push towards Arm support, from the first implementations of Windows on Arm to support for 64-bit applications. Unfortunately, in a world where Microsoft (and customers) didn’t care too much about AI, Qualcomm’s Snapdragon chips were forced to try to stand out in terms of battery life, an advantage that the X86 chips cut. AMD said that the most durable laptop according to MobileMark now runs on Ryzen, for example.

Microsoft didn’t give up. At Build, the company announced Project Volterra, a new device powered by Snapdragon chips. (Microsoft representatives declined to comment on the exact specs.) Volterra, pictured in the image at the beginning of this story, will be used by developers as a way to build these NPU-enabled “magic apps” on Arm.

“With Project Volterra, you can explore many AI scenarios,” Panay wrote. “And since we expect NPUs to be built into most, if not all, future computing devices, we’re going to make it easier for developers to take advantage of these new capabilities by bringing NPU support into the end-to-end Windows platform. “. 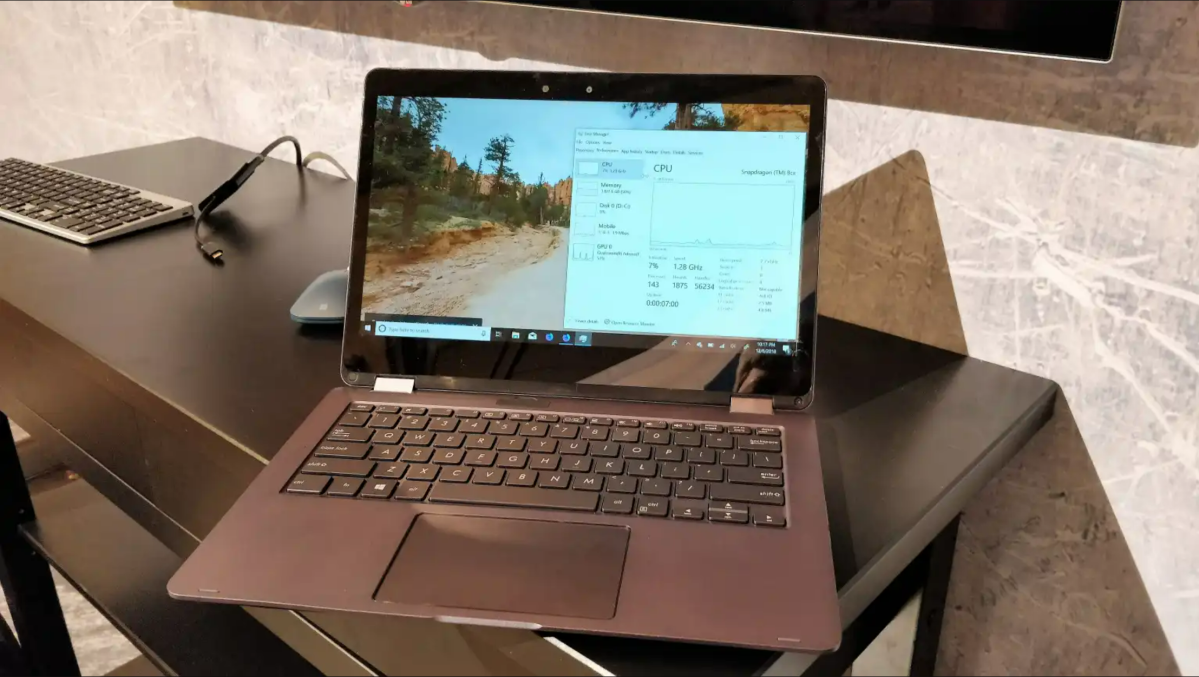 Qualcomm Snapdragon laptops, including this one using the Snapdragon 8cx, were outperformed by X86-powered PCs for a while. Qualcomm’s Nuvia chips can overcome this, although they should arrive in late 2023.

Right now, you’re probably running a PC with some type of X86 processor from AMD or Intel. And you probably rely on the power of this PC to complete any task you want to complete. Microsoft certainly doesn’t dictate the future of personal computing, as we’ve learned from the failures of Windows 10X, Surface Neo, and so on. But it has a significant impact, and the power of the cloud has already touched your life in subtle but meaningful ways. It looks like Microsoft is trying to push the PC to have cloud connectivity plus on-premises AI at the head of the table, with Azure as the main dish.

Will the PC industry follow? PC makers have generally been willing to experiment with Cortana buttons, Surface tablets, Windows 10 in S mode, and the like. But they are also quick to return to what makes them money, ruthlessly cutting back on experiments that don’t work. However, it’s undeniable that Microsoft has bet on a fresh vision for the future of the PC, and it’s worth looking into.

This story was updated at 3:08 pm with comments from Microsoft executives Panos Panay and Steven Batic.