The arrival of the MLB The Show 21 baseball simulation on Xbox has surprised more than one player. It must be said that the title has been a Playstation exclusive for 15 years and that it is, above all, developed by a Playstation Studios: Sony San Diego. So when its integration with Xbox Game Pass was announced, a lot of comments were heard. And if the information is surprising on first reading, it is nevertheless quite logical when one correctly reads the words of each part. (Quick) look back at the decisions that brought MLB The Show 21 to Xbox Game Pass!

An Xbox release desired by the MLB

It is via an interview carried out by Inverse that the words of Playstation indeed specify the framework of this porting on a competing console. It all started with the will of the American baseball league (Major League of Baseball, MLB, editor’s note) to reach a new audience through this franchise. The idea, which is all in all logical for the MLB, is to promote the sport to as many players as possible and to free itself from the exclusivity of platforms to reach as many players as possible. In other words, the MLB “proposed” to Sony to make its game available on new media, which the firm naturally accepted in 2019 during the renegotiation of the contract which binds it to the Baseball League.

In order to achieve this year’s game goals, MLB decided to introduce the franchise to more baseball players and fans. This move offers a unique opportunity to establish MLB The Show as the premier baseball video game brand.

A Playstation representative at Inverse

It must be said that while the Baseball simulation was locked onto a single platform, other US sports were gaining in circulation. Madden, NHL or even FIFA on EA’s side indeed affect millions of players each year, becoming in the process great communication tools for different sports. It was therefore time for the MLB to align itself with this way of doing things and to be available in all media, without any particular border. More precisely, beyond physical sales, it is the potential player base that seems to be of interest to the leaders of the league. And of course, the 18 million Xbox Game Pass subscribers offered a particularly fertile ground for fulfilling these goals.

This guarantees an upfront payment, offers an engaged audience of over 18 million subscribers who can still be monetized through in-game spending, and there is the flexibility to withdraw the title to boost premium sales at a later date if needed. 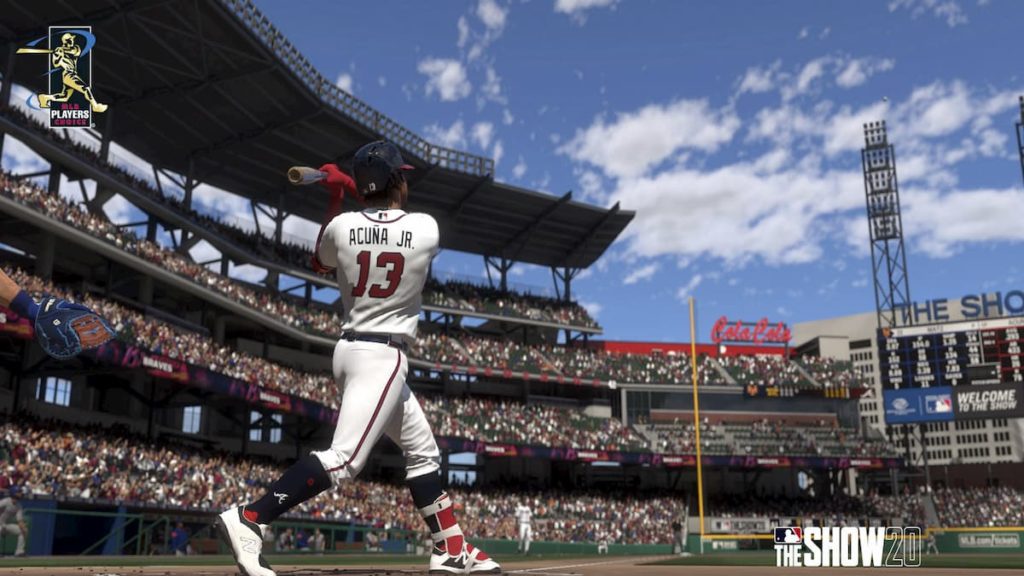 A unique case of Playstation game on Xbox

In other words, the release of MLB The Show 21 on Xbox and in the Xbox Game Pass catalog is a carefully considered decision by MLB. If some thought they saw an admission of weakness of Playstation, it is definitely not. The main and priority objective here is to maintain a strong commercial relationship between Sony and the Baseball League, while providing a favorable framework for the latter to satisfy a maximum of players and fans of the discipline.

As for discovering new Playstation Studios titles on Xbox in the future, this remains uncertain to say the least. Sony’s interest, for the time being, is not to supply its competitor’s catalog with intellectual properties that fully belong to it. It could obviously be that certain collaborations know a similar fate, but undoubtedly not for titles belonging fully to the Japanese firm. This is also the conclusion brought by George Jijiashvili, an analyst from Omdia at the microphone of Inverse, supported by Piers Harding Rolls:

MLB The Show 21 will be available April 20 on Xbox and direct in Xbox Game Pass.