Can a comic be created by an artificial intelligence? Ilan Manouach bet it was possible. The BD Cul collection allowed him to prove it. The one who is a great connoisseur of comics and is interested in how technological advances can influence artistic creation, found an ideal playing field there.

To get hold of the almost one hundred and fifty pornographic pages of the twenty-ninth volume of BD Cul, Ilan Manouach used an AI developed by Open AI, a company co-founded by magnate Elon Musk and which aims to “promote and develop artificial intelligence with a human face that will benefit all mankind” [1]. This artificial intelligence, named GPT-2, is capable of writing press articles [2] and write works of fiction. GPT-2 generates texts from a bank of words that is provided in advance, associating the terms in an apparently logical way.

Enough to store dozens of more or less realistic dialogues. Associated with images generated by 3D drawing software, these texts gave rise to short pornographic stories in which all the clichés of the genre are present. One or two pages at a time, in a few boxes, an ass scene is “unfolded” as coldly as possible. 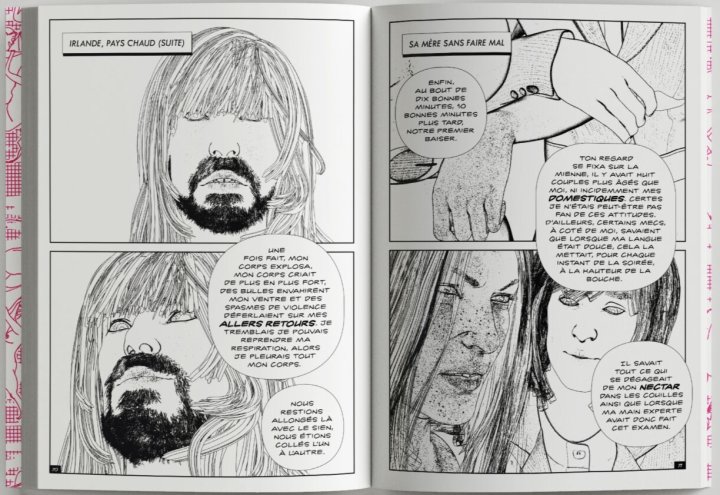 The result leaves doubtful. Nothing out of the ordinary for an essentially disappointing exercise. Unless you have very specific desires, The Mountain Bike As I Like It will not arouse any sexual arousal. The dialogues, undoubtedly grammatically correct, are heavy and abstruse, often absurd, without eroticism or humor. As for the drawings, they are scary. Empty-eyed beings rub shoulders with monstrous, grimacing, barely human figures. The few shots that show sexual attributes – we hardly want to use a more poetic expression – are disgusting. The whole arouses, after about thirty pages, a dull anguish that becomes more acute as the reading progresses.

What interest then? If it was about showing that artificial intelligence is already capable of supplanting artists, we are halfway there. The AI ​​manages to put the words and strokes together to achieve a result close to what a human being would do. But it fails, at least not yet, to make sense, to arouse emotions or feelings. It’s probably just a matter of time. It is possible that the full potential of GPT-2 has not been exploited. And a new, even more powerful and efficient AI is currently being developed by Open AI. 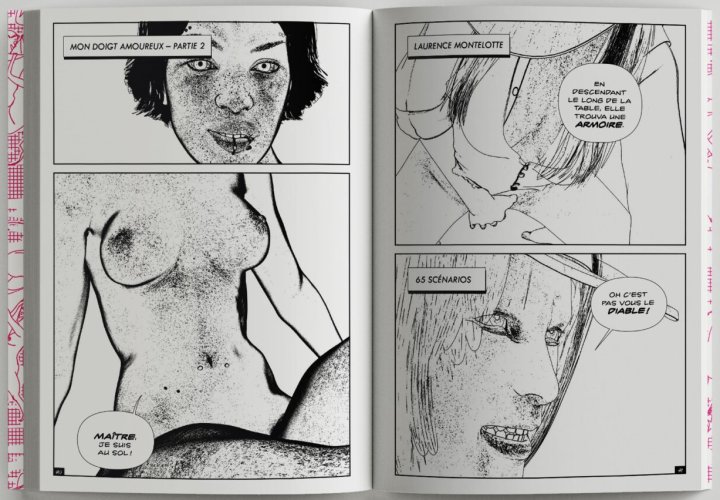 This article is the property of its author and may not be reproduced without his permission.

Check the author’s site and the collection site.

Read on ActuaBD about Ilan Manouach:

Also read on ActuaBD about the Cul BD collection:

The Melons of Wrath – By Bastien Vivès – Hammerhead Sharks

“B.0, like a god”: successful entry by Ugo Bienvenu in the BD Cul des Requins Marteaux collection

“The Privilege of the Gods” by Geoffroy Monde (BD Ass – The Hammerhead Sharks): Prometheus Unleashed

“Rise of the Monster”: Émilie Gleason Enters the Ass of the Hammerhead Sharks Comic Collection

[1] « OpenAI is an AI research and deployment company. Our mission is to ensure that artificial general intelligence benefits all of humanity. »

[2] It seems that it would already work in ActuaBD: a rumour, of course.