Pilgrims prayed Monday on Mount Arafat, near Mecca, a highlight of the great annual Muslim pilgrimage, much reduced for the second year in a row due to the Covid.

Only 60,000 Saudis and foreigners resident in the kingdom and vaccinated have been allowed to participate in the hajj this year. They were some 2.5 million in 2019, a religious gathering considered one of the largest in the world.

The stage at Mount Arafat is dedicated to prayers and invocations, during this pilgrimage to the first holy places of Islam in western Saudi Arabia.

After spending the night in camps in the desert valley of Mina, worshipers, dressed in unstitched pieces of white cloth, participated in the Namira Mosque, near Mount Arafat, in prayers and listened to a sermon.

In his sermon, Sheikh Bandar Balila praised the measures taken by the government to prevent the hajj “from becoming a source of contagion”.

Bottles of water and umbrellas in hand, the pilgrims then began to climb the mountain, helped by water diffusers installed by the authorities.

It is on Mount Arafat that the Prophet Muhammad delivered, according to Muslim tradition, his farewell sermon to the Muslims who had accompanied him on the pilgrimage at the end of his life.

At nightfall, pilgrims descend to the Mouzdalifa Valley, another holy place where they spend the night. Tuesday they must begin the symbolic ritual of stoning the stelae representing Satan in Mina, marking the end of the hajj and the beginning of the feast of the Sacrifice or Eid al-Adha. 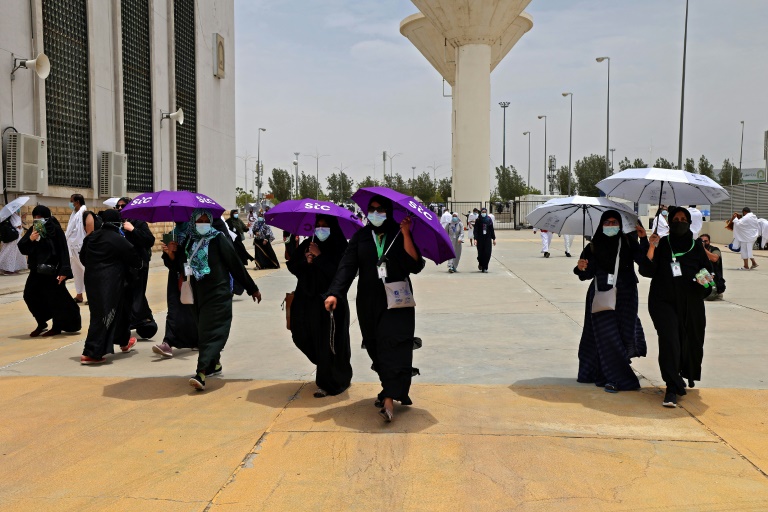 Pilgrims in front of the Namira mosque, near Mecca in Saudi Arabia, July 19, 2021 (AFP – Fayez Nureldine)

Being among those allowed to participate in the hajj “gives a feeling that God (…) has chosen us to be here,” Selma Mohammed Hegazi, a 45-year-old Egyptian, told AFP. “We hope that (our prayers) will be accepted.”

“I feel chills everywhere”, she added, surrounded by other pilgrims, some of whom spoke of a feeling of serenity in this place, also called “the Mount of Mercy”.

The pilgrimage, which began on Saturday, is one of the five pillars of Islam that Muslims must accomplish at least once in their lifetime if their health and finances permit.

Usually a source of prestige and significant income for the Saudi kingdom, the hajj earned nothing for Saudi Arabia in 2020.

The lucky ones elected for this year were chosen from among 558,000 Saudi residents and nationals, who to apply had to be between 18 and 65 years old, be vaccinated and not suffer from a chronic disease. 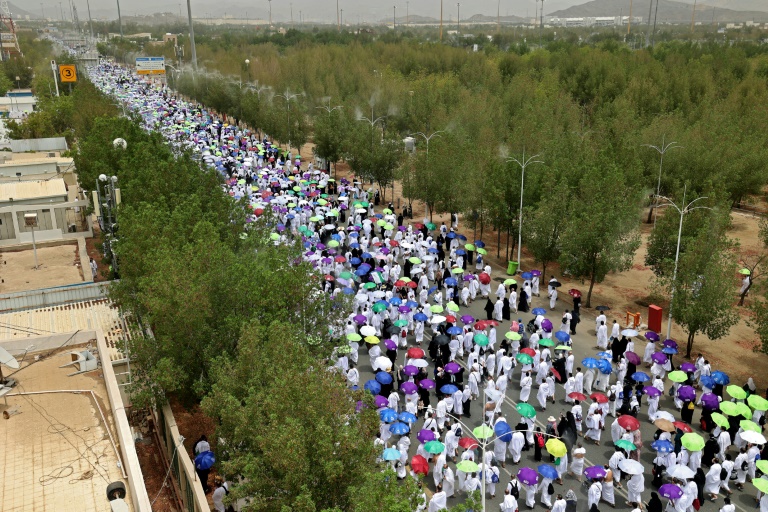 Pilgrims converge on the Namira Mosque near Mecca in Saudi Arabia on July 19, 2021 (AFP – Fayez Nureldine)

No pilgrim has been infected with the coronavirus since the start of the great pilgrimage, the authorities assured Sunday evening. Last year, no cases of Covid were reported.

Saudi Arabia has officially registered more than 500,000 cases, including 8,075 deaths.

In addition to strict social distancing measures, pilgrims are divided into small groups during each stage of the pilgrimage. An “electronic hajj card” introduced by the authorities allows contactless access to campsites and hotels for pilgrims and to transport to religious sites.

And robots are used to distribute sacred water bottles.

For Ibrahim Siam, a 64-year-old Egyptian pilgrim from Dammam, in the eastern Saudi kingdom, the new high-tech measures “have made things much easier”.

What does the edge of the solar system look like?

One year after the explosion in Beirut, health issues in Lebanon still at the mercy of the economic and political crisis

What does the edge of the solar system look like?

One year after the explosion in Beirut, health issues in Lebanon still at the mercy of the economic and political crisis