For €5.99 in 720p quality and no download, you can access a discounted Netflix offer of over 2,900 movies and 2,000 TV shows, according to Justwatch.com. Unavailable programs are marked with a red padlock. Among the first inaccessible films we find: The Sinner, Oblivion, RIPD, The Mummy, Return of the Mummy, Water World, Revenge in the Skin, Schindler’s List, Death in the Skin… 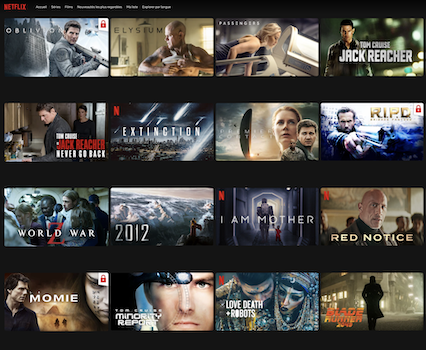 All programs do not contain the same number of commercials: some programs reach 4 minutes divided between a 30 second preroll and 3 frames for a total of 3 minutes 30 seconds, others only have a 30 second preroll when the program starts. Within two days, the same program can contain only one pre-roll, and the next day – three commercial breaks. If we link several movies and series, we will quickly exceed 4 minutes of commercials. Thus, within one hour, you can watch more than 20 videos lasting 30 seconds or 10 minutes of advertising.

If you prefer to watch programs through the DIRECT section, you can not avoid the advertising that accompanies the release of the series, as on the classic FAST channel. 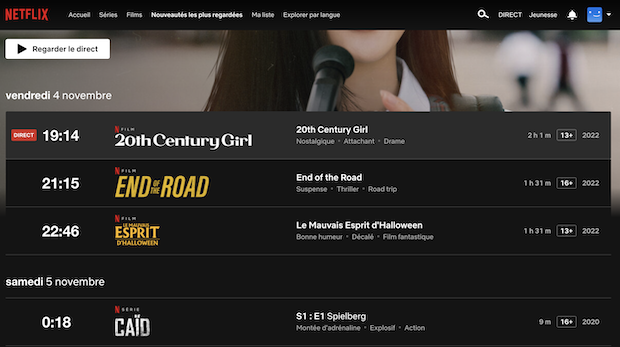 On the advertiser side, there are cosmetics, insurance, banks, cars, and, of course, food. On the 4th and 5th there are about twenty advertisers, wholesale: Cassegrain, BNP Paribas, Skoda, JP Gaultier, Burger King, Paco Rabanne, 4 walls, Nissan, Volkswagen, Banque Populaire, Axa, MacDo, Vuitton, Monabanq, Cofidis. , Sephora, Lego, GMF, Dior. Prestigious advertisers with deep pockets are looking for a cheap offer targeted at subscribers with a priori limited funds. Kind of a big gap for the streaming giant because Netflix is ​​priced at €39 per thousand more than most other media: €10 per thousand in the online video market, with €20 peaks on more expensive services like TV. channels. 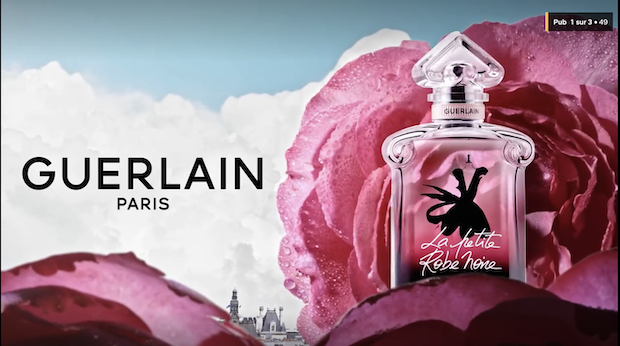 Netflix has just jumped on the AVOD bandwagon, which is starting to impose itself on the streaming market, as the latest figures released by Justwatch show; it will be Disney+’s turn at the next stop. And then there’s the issue of audience management, which shouldn’t take long since Netflix has signed a contract with BARB (English Médiamétrie) in the United Kingdom. 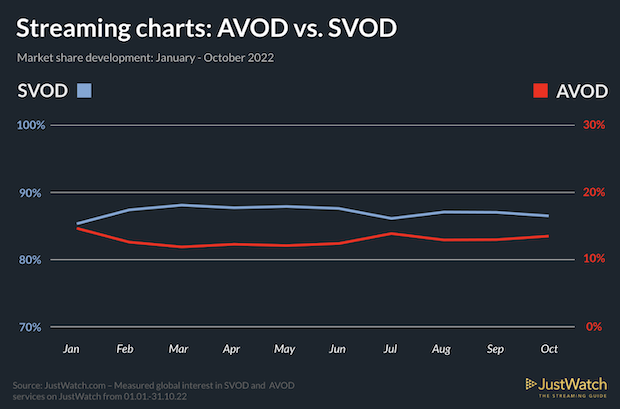