Only a month left to enjoy your summer holidays! To accompany your August evenings or moments of relaxation by the pool (for the luckiest of you), Netflix has thought of everything! Action, fantasy, sitcoms, anime… There is something for everyone. A small selection of content and programs that will be added to the catalog in the coming days!

Finally, not only Amazon Prime Video is embarking on an adaptation of the famous Neil Gaiman. While a rival platform gave life to American Gods and Good Omens, Netflix decided to take on the Sandman fantasy comic published between 1989 and 1996 by DC Comics, a daunting task as no such adaptation has ever been made. It’s not for lack of trying, but many have broken their teeth trying to build such a project. This time, Netflix is ​​fearless and has entered the fray with the support of writers Allan Heinberg and David S. Goyer. The American SVOD giant has big ambitions already, because the platform dreams of continuing its show for a few more years to make it one of its flagship programs that can attract subscribers. on the other hand, because she was able to attract a quality cast. In addition to the presence of Tom Sturridge in the title role, there will be famous faces such as Gwendolyn Christie (who will play Lucifer) and Charles Dance (who will pass on his traits to Roderick Burgess) cross-bred in Game of Thrones. For now, the promotional videos have certainly raised the hype, but have retained much of the mystery: Gaiman fans can be reassured, the adaptation should be true to the dark and adult tone of the comics. In fact, the show will feature The Sandman (also called Revé or Morphy) as he wakes up after being imprisoned for almost a century and realizes that he will have to undo the turmoil of his absence and fix his past mistakes. , confronting the Eternals. 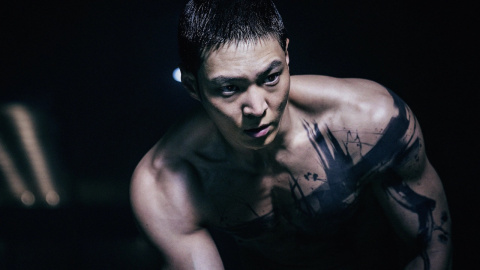 Undoubtedly, the flood of Asian products – be it Taiwanese, South Korean or other countries – that is flooding Netflix will imitate thrill-hungry subscribers! Behind his name, which misses nothing, Carter has everything that can be compared to a fiery reread of the Jason Bourne trilogy, spiced with John Wick-esque violence. Gradually regaining control of his body, the person is at the same time aware that the pandemic has just devastated China and the United States and that he is no longer aware of his past or his identity. Lost at first glance, it is an almost familiar voice coming from a strange device implanted in his skull that will tell him his name (namely, Carter) as well as his main mission to come to the aid of a kidnapped girl. If the latter attracts the greed of thugs and thugs, it is not in vain, because he holds a precious sesame: an antidote to the infection that devastates the world. The goal to be achieved is dangerous, especially since Carter will have to sow the North Korean revolutionaries as well as the CIA, two camps determined to put a spoke in the wheels for no reason. Absolutely nothing will help this James Bond with hypertension, but he has no right to fail on pain of death: his cranial implant is not the only deadly device he carries with him! In short, this faux-sequence movie promises us action, stunts and tension, all in an explosive cocktail that hits hundreds of miles per hour and tries to outshine the Gray Man. 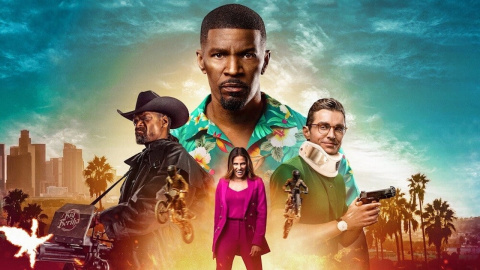 There’s a lot to do in the catalog of the American giant SVOD this summer! Not content with what the Russo brothers’ thrilling blockbuster (namely, The Gray Man) already has to offer us, Netflix is ​​hard at work this August. Among the films mentioned, we find Day Shift, which will offer us a rather unexpected on-screen duo consisting of Jamie Foxx (who we can meet again as Electro in Spider-Man: No Home) and… Snoop Dogg. Aside from zombies, it seems that Netflix has taken a liking to another kind of fantasy creature: vampires. While Mahershala Ali will resume hunting Transylvanians and many other creatures on behalf of Disney in Blade, Jamie Foxx will also try to make ends meet by hunting down these creatures of darkness. In “Day Shift” he plays a father who struggles to make a living by cleaning the pools of the San Fernando owners. However, the disguise is ideal, as his real activity is to single-handedly take down the vampires who are taking the city too lightly. Faced with an ultimatum, he’ll have to push back the Syndicate’s doors by joining forces with a rookie (played by Dave Franco) like in a buddy movie. From the opening cuts, the film does not cut corners, and this is understandable: behind the camera we see no more and no less of JJ Perry and Chad Stahelski (respectively, here the director and producer) that we could meet in the film. John Wick franchise credits. So in terms of action we will be served! 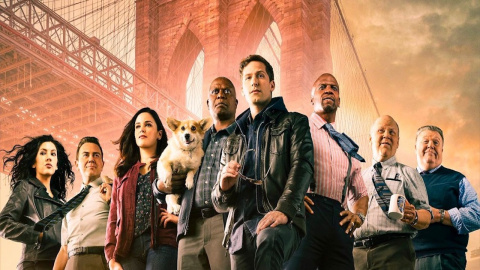 Broadcast almost a year ago on NBC, the final season of Brooklyn Nine-Nine finally arrives in the catalog of the American giant SVOD. For this last loop, the atypical and crazy NYPD 99th cop team offers far fewer episodes than usual: while the previous season only had thirteen, season 8 will only have ten episodes of about twenty minutes each. Therefore, the farewell to Jake Peralta and the entire gang will be shorter than ever, to the chagrin of viewers who since 2013 have become strongly attached to various characters. This is easy to understand as this choral sitcom billed itself as one of the funniest and most popular series of the 2010s, in part because two of its creators, Dan Goor and Michael Schur, worked on Parks and Recreation and Recreation, respectively. Office”. A good place. Among the most effective comic moments of the series, we find the use of a “cold opening”, that is, a short scene preceding the spread of the credits, which sometimes gave life to anthology passages, such as Jake Peralta singing and blackmailing criminals, the Backstreet Boys song “I Want It That Way” . In addition to these hilarious sketches, the show has been able to greatly develop its characters and update the plots of each of the seasons while maintaining this combination of highly relevant humor and meticulous writing. Jake Peralta, Amy Santiago, Raymond Holt, Rosa Diaz, Terry Jeffords and Charles Boyle have their final investigation! 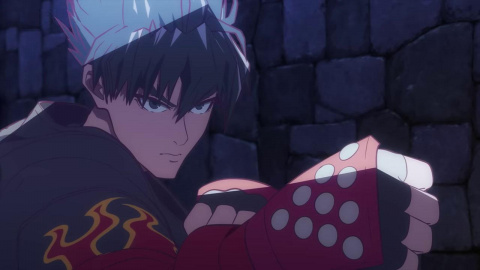 The SVOD platform has been very interested in video games for some time now. On the one hand, Netflix is ​​making inroads into the video game sector by offering and developing video games to offer in its catalog, and on the other hand, it is starting to produce adaptations of flagship franchises. Without warning last March, the American giant announced that one of its next projects would involve Bandai Namco’s license for the Tekken fighting game. Absent from gaming media for over 5 years, it is through a small skylight that the license will mark its big comeback in an animated series that will focus on the character Jin Kazama, whose demonic power his forefather craves. , the famous Heihachi Mishima. It wasn’t until a few months after Netflix’s Geeked Week that the series became more known. On the one hand, thanks to the comments of Katsuhiro Harada, director and producer of the Tekken license, who says that he is glad to be able to recreate the context of the history of the fighting game series thanks to this show, developing the relationship between Jin and his mother, Jun, originally trained him before her death. For twelve episodes, Tekken: Bloodline will continue the plot of the third part and promises us a hell of a portion of action, between Jin’s additional training with Heihachi and battles between different characters from the PlayStation playlist. Once again, the King of Iron Fist Tournament promises to be epic and beautifully animated thanks to the collaboration between Netflix and Bandai Namco! 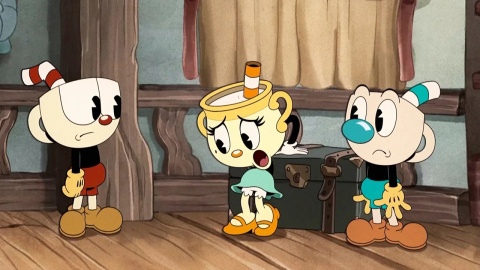 Last January, Netflix brilliantly singled out The Cuphead Show, an animated series inspired by MDHR and the Moldenhauer brothers’ game Cuphead, so much so that the title of the program became part of our selection for last February. It is rare that we devote an additional paragraph to an already advanced series, but its format and its implementation oblige us to pay attention to the new adventures of the brothers Cuphead and Mugman. Moreover, the news around the license this summer is quite active, because the video game studio recently celebrated the release of the long-awaited DLC, namely The Delicious Last Course. However, back to the second season of the series, which will appear in the Netflix catalog! Having turned the carnival and part of the Ink Islands upside down in twelve twelve-minute episodes, the two troublemakers will once again set off for new adventures. Just a few days after the release of the first season, Netflix announced that the next episodes will be released very quickly, and the platform did not lie to us! On the occasion of Netflix Geeked Week, the show Cuphead was one of the programs featured, drawing a teaser for the release of the next episodes. We could meet some of the characters from the first season, including Miss Chalis, who will join the wacky duo, giving birth to a trio that is as crazy as it is incredible! Twelve new twelve-minute episodes are back on the program, but rest assured, it’s not going to stop: two more seasons are expected.

It will also be released in August 2022.