According to an article in the South China Morning Post, China this month launched the Red Railway, the world’s first maglev line. The Maglev sky train can stay afloat thanks to permanent magnets, even in the absence of power.

An 800-meter long experimental railway is located in southern China. A typical maglev train (also known as a maglev train) slides on rails, is supported by magnetic repulsion, and is driven by a linear motor. This one, on the contrary, moves under the caterpillar at a speed of 80 km / h. It operates approximately 10 meters above the ground and has no physical contact with the rail.

After several trials, local authorities have indicated that the length of the line can exceed 7 kilometers, and its maximum operating speed can reach 120 km/h. 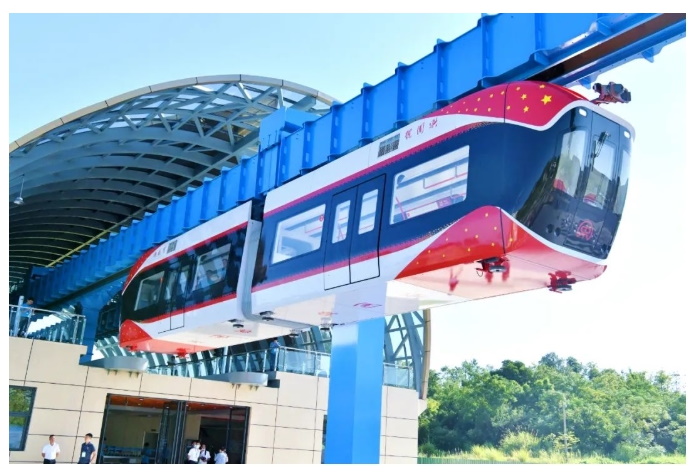 Red Rail uses powerful magnets to create a constant repulsive force, enough to suspend a train carrying 88 passengers in the air. These permanent magnets are present in both the rail and the arm surrounding the train, causing the arm and train to repel each other and suspend the train.

According to researchers at the Jiangxi University of Science and Technology, the floating train is more efficient than other maglev systems because it requires only a small amount of electricity to move, the technology generates little electromagnetic radiation, and its construction cost is 10 times lower than that of others. underground. 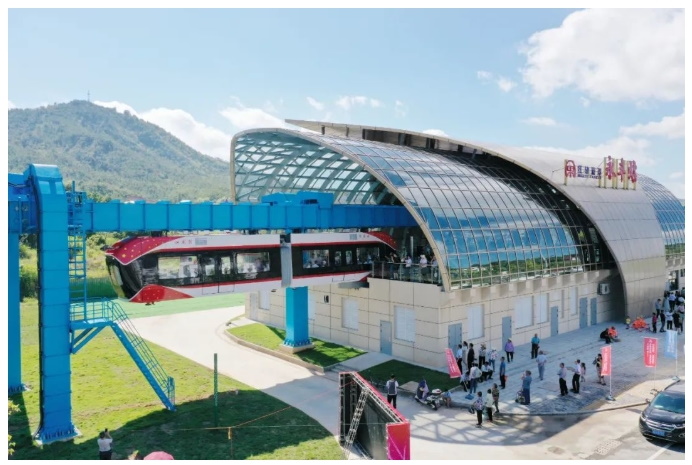 Conventional maglev lines using electricity are harmful to the environment, as the strong electromagnetic field they create can have a negative impact, including on the health of people living nearby.

Despite all its advantages, Maglev floating technology comes with many challenges, including maintaining the stability of a train in a floating, unpowered state. Researchers have achieved breakthroughs in train control and operational safety using new technologies such as artificial intelligence.