35 to 39 degrees during the day and sweltering nights: A new heat wave should hit the south of France on Monday before moving north on Tuesday and Wednesday.

They must go through “a new episode of intense heat, the intensity and duration of which will be less than that of the previous episode,” the Météo-France bulletin said on Sunday.

Ten other departments in southeastern France have been put on yellow alert.

A few days after an exceptional heat wave that lasted two weeks, temperatures were again high on Sunday afternoon from Roussillon to Provence.

On Sunday at 16:00, 36 degrees were recorded in Marseille, Montpellier and Perpignan, and 38 in Nimes.

South of Nîmes (Garde), swollen by Mistral and Tramontana, on Sunday evening a fire destroyed 200 hectares of pine forest, four firefighters were injured, one seriously.

A large plume of grey-orange smoke necessitated a partial closure of the A9 motorway. On Saturday, the Gard was moved to the “extreme danger” category for the first time this season in the Gard Rhodanien area.

Another fire broke out at the end of the day about twenty kilometers from Marseille, near Penn Mirabeau.

This multiplication of heat waves is a direct consequence of global warming, according to scientists, greenhouse gas emissions (associated with energy production, transport, industry) increase both their intensity and their duration and frequency.

The heat should be felt on Monday morning and afternoon in the south, with temperatures between 35 and 38 degrees in departments placed on orange vigilance and peaks of 39 degrees towards Garda.

The heatwave should “spread Tuesday and Wednesday to many regions” in the west and the Rhone Valley, Météo-France predicts.

Across France, the heat wave is expected to peak on Wednesday, with highs often exceeding or equaling 35°C, with peaks reaching 39 or 40 degrees in the southwest.

However, that peak should be “brief in many areas,” according to Stephen Testelin, weather forecaster for Météo France, and cooler air could arrive Thursday from the northwest.

In the Provence-Alpes-Côte d’Azur region, July was the hottest month since 1947. In France, July 2006 remained warmer.

France, on the other hand, experienced its driest July since measurements began in August 1958, Météo France confirmed. 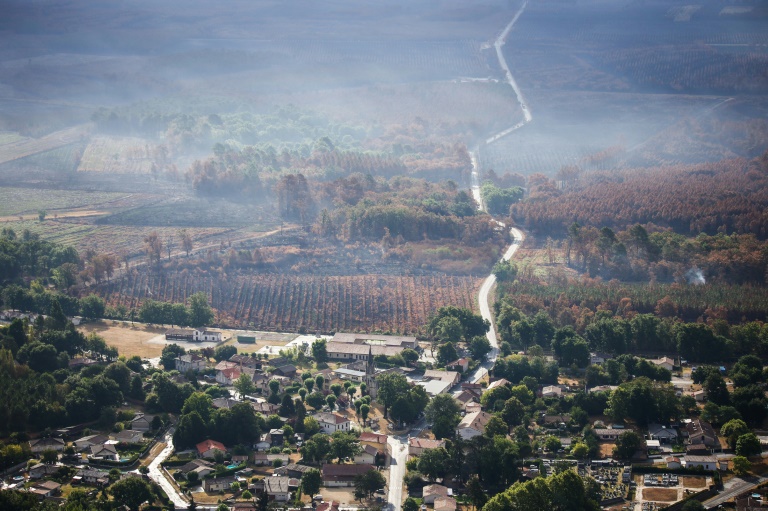 Western Europe faced a historic drought in July and two heatwaves in just a month that ignited devastating wildfires in both the Gironde and now Greece.

The prefecture of the Gironde has announced that the department will again be declared a red alert due to the risk of fire, prohibiting the movement of people and vehicles in the forest from 14:00 to 22:00.

Access to the forests is also strictly prohibited in Vaucluse and in 4 of the 25 Bouches-du-Rhone massifs.

In the Jura, new water restrictions have been in effect since Monday. It is forbidden to water lawns and any green spaces, as well as filling private pools or washing vehicles.