Sony continues to optimize the production of its PlayStation 5, and since it cannot produce its APUs at a consistent rate, it is the various elements that benefit from optimization at the heart of the machine.

The new references for the PlayStation 5 console hit the Australian market within a few weeks under serial numbers CFI-1200A and CFI-1200B. The first corresponds to the new version of the game console with a Blu-ray player, and the second corresponds to the digital version.

This isn’t the first time Sony has revised its copy: the console’s first update allowed it to gain weight, and that’s obviously still the case with these new machines, which go from 4.5 and 3.9kg to just 3.9 and 3.4 kg. .

Not only to frustrate gamers, the home console has remained the same and its performance is identical. The update will not improve the graphics and no changes on the side of the controllers present in the pack, the changes will not be particularly noticeable.

The new PS5 has already been dismantled

This time we can see in the teardown video that Sony has made a lot more changes. Thus, Austin Evans shows that the console’s motherboard has been completely redesigned and is much more compact.

The radiator has also changed a lot, becoming more compact, and this is where Sony saves the most on the weight of its machine. Thus, the new heat pipe conducts heat to the other side of the dissipative block.

By the way, Sony has also reinforced the SSD case of this PS5 CFI-1200 to better protect it. Plastics have also been revised with reinforced cases.

In the conditions of use, the first tests show that the latest version demonstrates more efficient power consumption than previous models. In Astro’s Playroom, the consumption of the new version is only 201 watts, while the very first version is 218 watts.

Many components have been changed, such as the CMOS battery, which is also protected by a heatsink.

Why so many changes?

So in the end we may wonder why Sony made all these changes… First, it’s primarily a matter of streamlining production chains with easier-to-make parts. 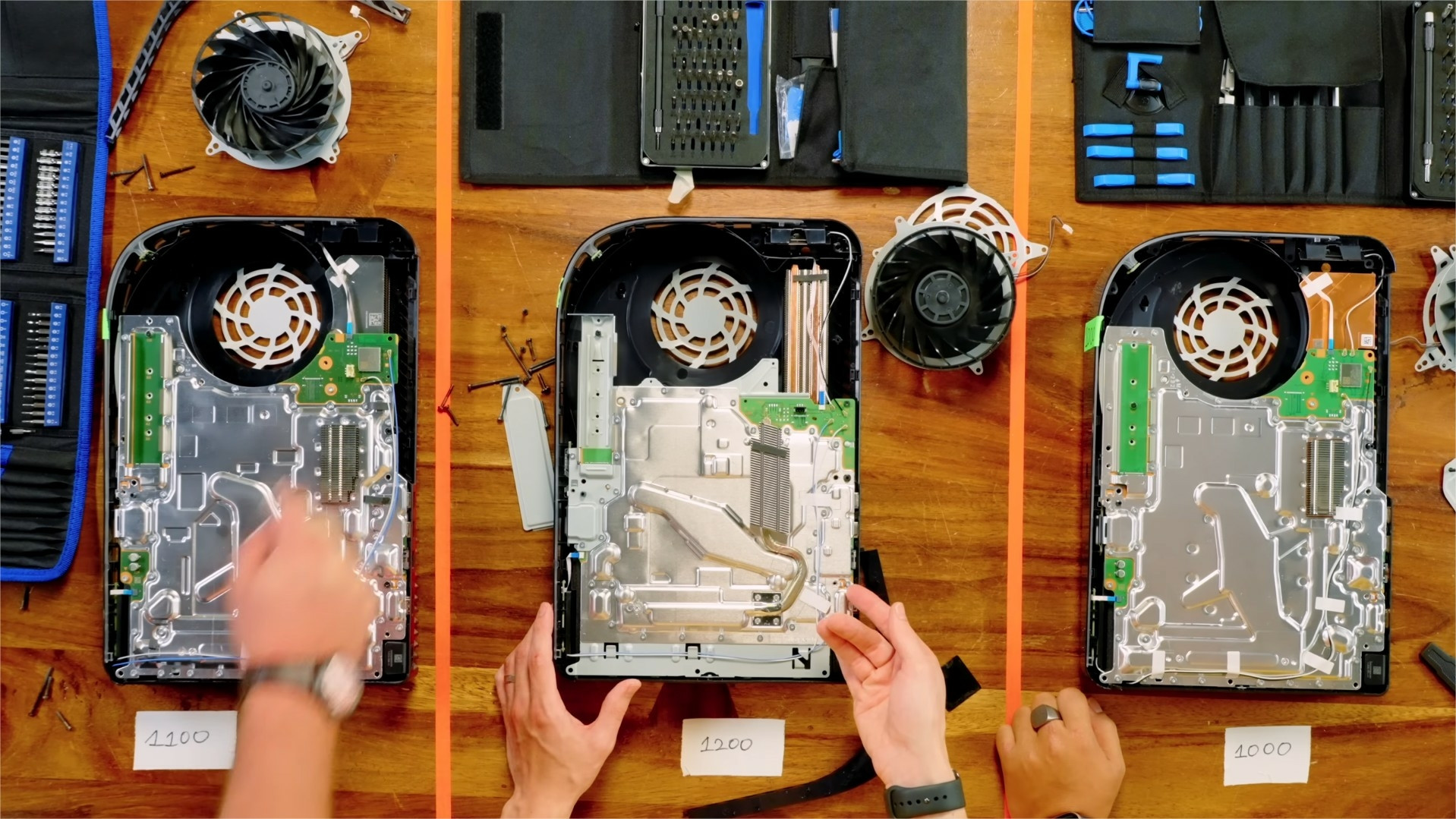 Sony also faced severe component shortages, forcing them to look for new power schemes and adapt to other components.

Changes have been made to the savings logic, which is in contrast to the recent PS5 price increase forced on players (while Microsoft is not changing its prices).

Finally, Sony could also set the stage for a more compact PS5 “Slim”. PS5 is still criticized for its extraordinary size, unheard of for a game console.