Let’s get straight to the point: the Switch Oled is the best Nintendo Switch yet. The problem is that the improvements it brings are certainly very appreciable, but they are similar to what the original Switch should have offered from the beginning. The Switch Oled costs 350 euros, 50 euros more than the previous model. Is this expense justified? This is what we will see …

Finally a crutch worthy of the name

The Switch has two game modes: portable and connected to a television. But there is another. This is the way you use the console screen placed on a table thanks to its integrated kickstand. Unfortunately, this configuration did not work as expected with the original Switch due to its too small and unstable kickstand. Nintendo has made things right with the Switch Oled, whose kickstand takes up almost the entire width of the chassis and can be adjusted to any angle. Additionally, the 7-inch OLED display is much more vivid and legible when placed at a distance from the player on a table. In short, this third mode of use now finds all your interest. 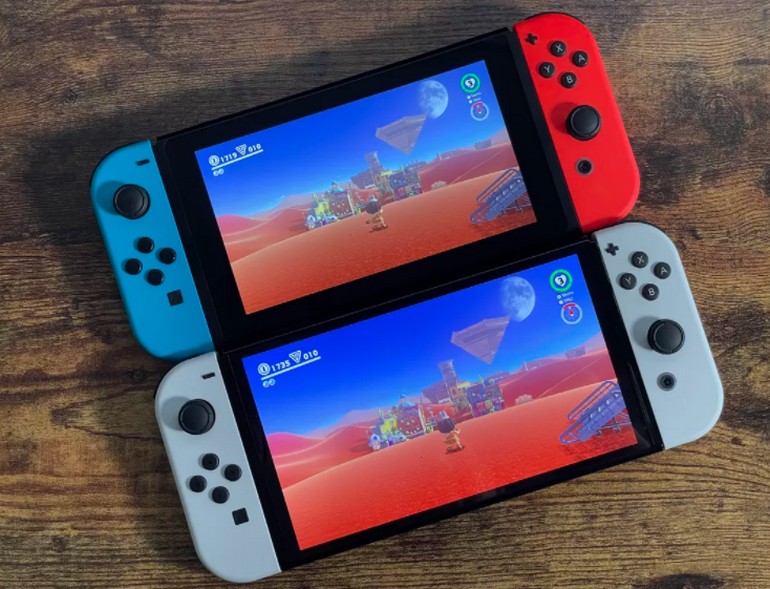 The Oled Switch is slightly larger and heavier than the original Switch. Still, we were able to slip it into a case that we used for the old Switch without a hitch. However, its slightly changed dimensions mean that it will not fit in Nintendo Labo kits. Otherwise, there is no noticeable change in grip that remains completely familiar.

A much brighter screen 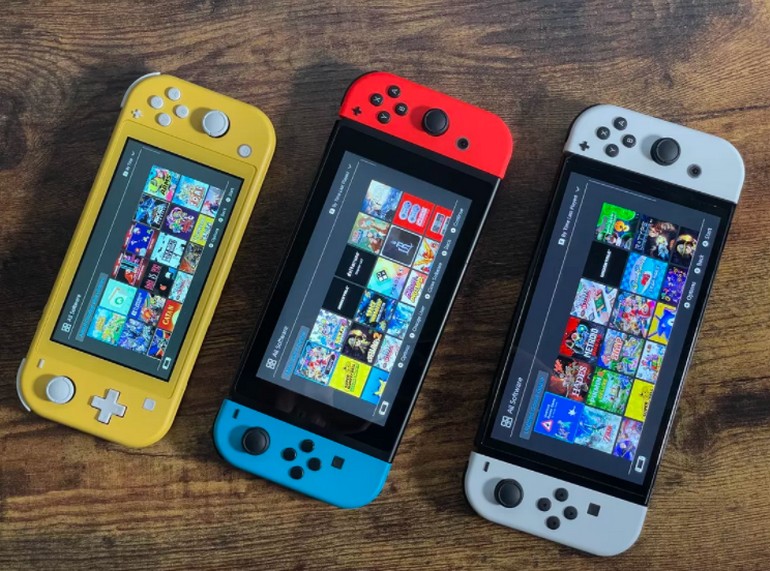 The new 7-inch OLED display provides significantly better display quality than the previous model. Colors are more saturated, which works great with Nintendo games. Metroid Dread, which we play on Switch Oled, is magnificent. The same goes for Mario Kart 8 Deluxe, Luigi’s Mansion 3, Hades, Super Mario Odyssey, Untitled Goose Game, Zelda: Skyward Sword, WarioWare: Get It Together, and just about every title we’ve tried. The edges of the screen are thinner, which gives the console a more modern feel. The 720p definition is low for a 7-inch screen, but that’s fine. In any case, it is no longer about going back to the old Switch, whose screen seems smaller and much less pleasant.

Compatible with the Switch and Joy-Con docking station 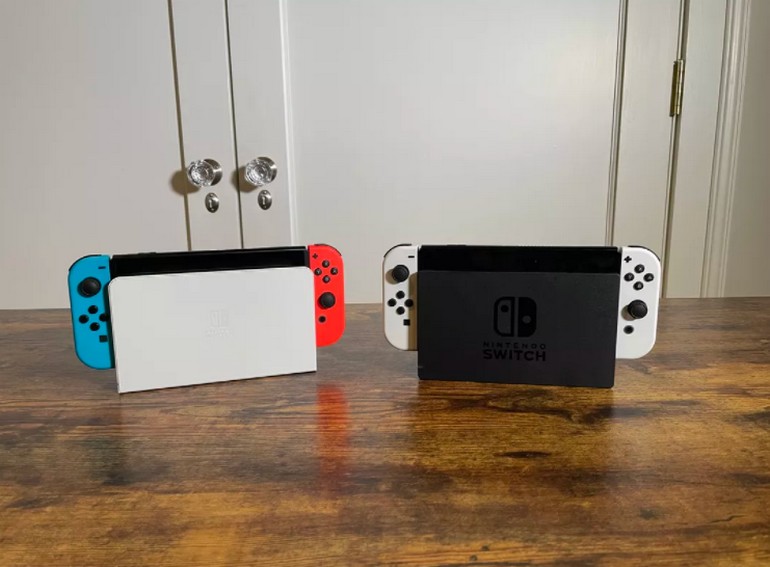 The new docking station with the Oled switch has an Ethernet socket for wired Internet connections. The internal USB 3 port has been removed, but there are still two USB 3 ports on the outside. The back cover of the docking station is easier to remove to access cables than on the previous model. But the new Switch also works with the original Switch docking station. This is also the case with the first generation Joy-Con controllers that can also be used with the Switch Oled. Also, the Joy-Con on the new Switch are identical, except for the new black and white color. 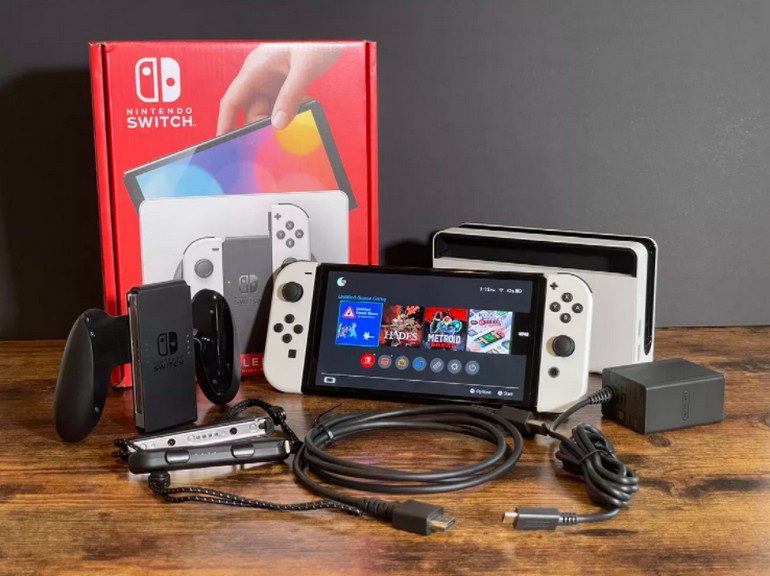 The base storage of the Oled Switch goes to 64GB versus 32GB in the previous version. We were able to download 13 games on the new Nintendo console. Digital Switch games range from a few hundred megabytes to over 10GB, but take up less space than PS5 or Xbox games. However, the Oled Switch is equipped with a microSD card slot that offers an inexpensive storage solution.

Against the competition (Switch)

This Switch Oled is a fairly minor update, so those who already own the Nintendo console probably won’t need to update to this new version. On the other hand, if you still do not have a Switch and you want a version that can be connected to a television, the 50 euros more for the Oled model seems justified to us. For exclusively nomadic users, Switch Lite is always perfect.

Clearly, the Oled Switch is the best Switch yet. But this slightly bigger and brighter display, these more powerful speakers, and the admittedly nice new kickstand aren’t reasons enough to justify the switch if you already own a Switch. The games are exactly the same and the experience on a television is exactly the same. Nintendo hasn’t changed its console yet – it still has the same processor as before and caters to the same audience. The Oled Switch is a welcome upgrade, but not essential.