Announcement of new concerts! Soon we will be visited by Cannibal Corpse + Dark Funeral, Agnostic Front, Crawlers and Fever 333. Where and when? The answer is here!

“After thirty-four years and a frustrating Covid-19 period, Cannibal Corpse still has the same desire to tour as it did when it started. Constantly refining the genre they helped define, the band returns in 2021 with Violence Unimagined, a worthy successor to Red Before Black, released in 2017 and one of the highlights of their career to date. It wasn’t easy, but Cannibal Corpse did it again. You don’t have to go beyond the title to understand what this hellish opus fifteen has in store for us: cutting-edge death metal played with passion and breathtaking precision. On this European tour they will be accompanied by Dark Funeral, the main Black Metal band founded by the legendary Lord Ahriman, Ingested and their Brutal Death, as well as the Black Metal duo Stormruler. » 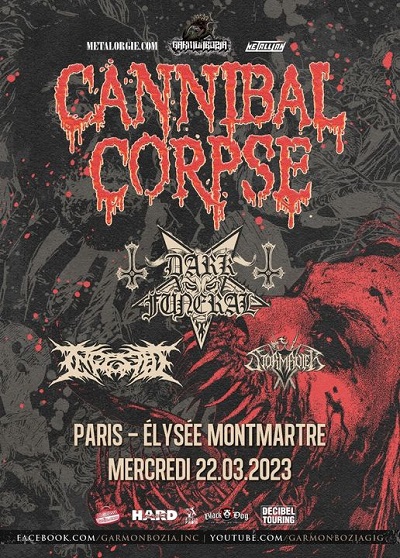 “Are you into hardcore? So we don’t have to introduce you to Agnostic Front anymore! Because this American band is one of, if not the mainstay of New York hardcore! He will be well accompanied, so do not miss this evening, which already promises to be hot! » 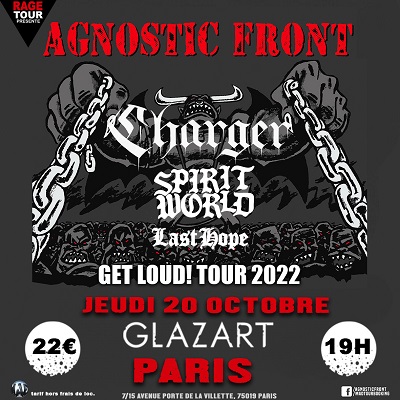 The Crawlers are Holly Minto (vocals and trumpet), Amy Woodall (lead guitar), Liv Kettle (bass) and Harry Breen (drums). The alternative rock band has become synonymous with eclectic music that combines grunge, rock, pop and indie in a sound full of attitude and socially conscious lyrics. Their debut EP, released on Modern Sky/Lab Records in October, garnered over 40 million streams and spawned their first hit, Come Over (Again), which climbed the UK charts thanks to a massive fan base. To date, the title has received over 35 million streams on Spotify and 1.7 million views on YouTube. Subsequently, their single I Can’t Drive received rave reviews in the press and radio (premiering by Jack Saunders and Tune of the Week), as well as coverage in The Times, NME, DIY, CLASH, Dork, Kerrang and many others. Crawlers will play on November 24, 2022 on POPUP! (Paris). » 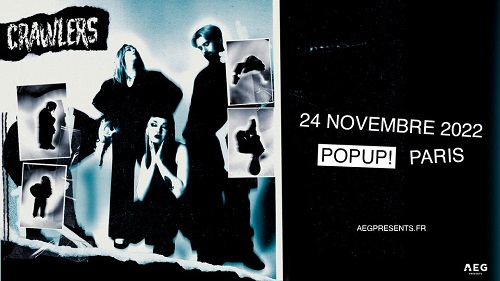 “The uprising needed a soundtrack. The Fever 333 did just that and more. Live experience on February 14th at the Transbordeur in Lyon and February 16th at the Trianon in Paris. » 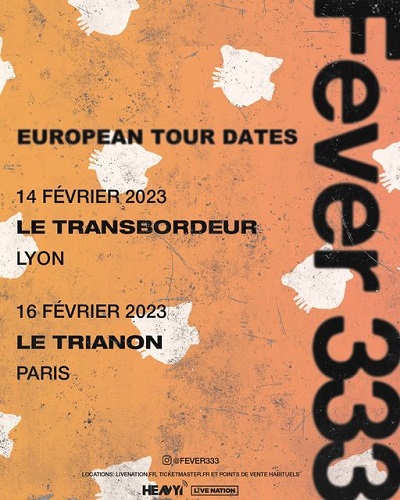