Facebook finally officially announces its new virtual reality headset, the Oculus Quest 2, this September 16 during its Facebook Connect conference (formerly Oculus Connect). The subject of numerous leaks for several weeks, the device is a major milestone for both Facebook and the VR market as a whole.

The Oculus Quest, first of the name, had greatly contributed to democratizing technology by offering an all-in-one device embellished with quality content and an affordable price when it was launched in May 2019. To such an extent that its success has exceeded Facebook’s expectations. His successor is doing better on all fronts.

The most powerful processor on the market

Facebook has made very few concessions on the Oculus Quest 2. It is powered by the Snapdragon XR2, the most powerful dedicated AR / VR mobile chip available today. Its CPU and GPU performance are twice that of the Snapdragon 835 used by the first Quest and it has a multitude of advantages both in terms of shader calculation and the number of cameras supported. This new chip is accompanied by 6 GB of RAM against 4 GB for the old model.

Although it only uses one screen, the interpupillary distance (IPD) can still be adjusted using a new system that involves manually adjusting the lenses. Three notches are available: 58mm, 63mm and 68mm, which according to estimates by Prabhu Parthasarathy provides a comfortable experience for users with IPD between 56 and 70mm. The system also has the advantage of being easier to set up for beginners.

Audio level, the Quest 2 remains on the formula of small speakers sending the sound through slots located on the branches of the headphones. A 3.5mm jack port is available on the left side of the device for plugging in headphones or an accessory.

The ergonomics of the helmet have also been redesigned. It is 10% lighter than the original and visibly more compact. Its attachment system has completely changed and is now flexible and easily adjustable. As we note in our detailed Quest 2 review (released tomorrow), it’s much more comfortable to wear. But don’t worry, fans of rigid attachments: two alternative straps will be available (sold separately), one of which will be equipped with a battery that doubles the autonomy of the helmet. By default, its autonomy remains two to three hours depending on use, as for its elder.

The controllers have also been reviewed and corrected, but this is more of a reverse gear. Bad news ? No ! They are closer to the original Oculus Touch that accompanied the Rift CV1. In other words: their ergonomics are much better and they once again have a place to put their thumb. Their autonomy has also been greatly improved and lasts four times longer, still on a single AA battery per controller. The movement tracking, already excellent, does not change. It is still provided by four cameras.

All of the Quest’s features are obviously there, including hand tracking and cable connectivity to a PC (Oculus Link). Oculus Link is also coming out of its beta test phase and the games will now be playable at 90 Hz. No news – for the moment – of an accessory to connect wirelessly. 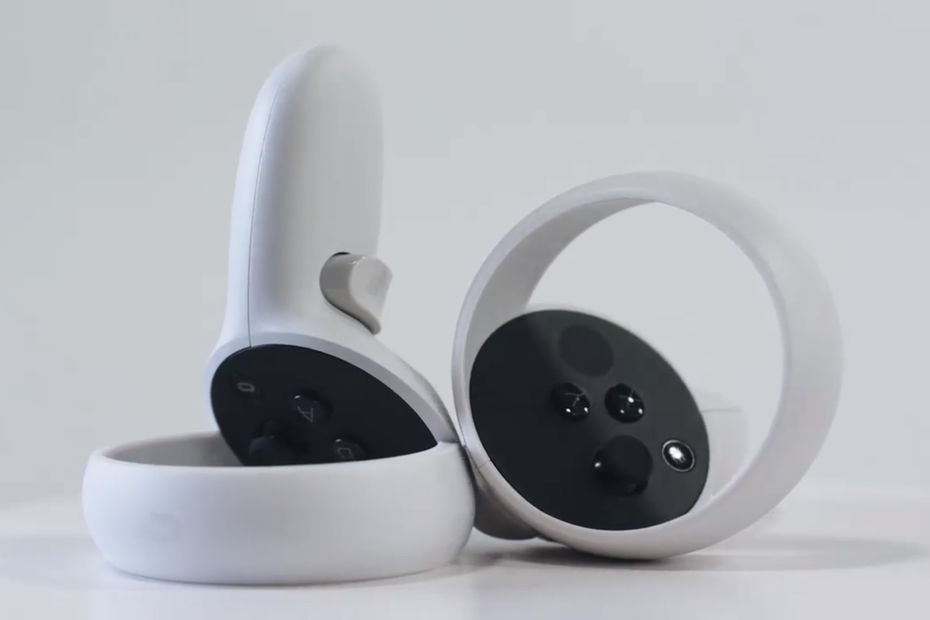 Given its technical characteristics, one would be tempted to think that the Quest 2 will be offered at a higher price than its predecessor, but this is not the case. “We wanted to both do better and be able to offer it to more people”, Prabhu Parthasarathy, product manager of Quest 2, told L’Usine Digitale during a product presentation session.

As a result, it is priced at 349 euros for the model equipped with 64 GB of internal storage (not expandable) and at 449 euros (the same price as the 64 GB version of the Quest 1) for a model with 256 GB of storage. It’s available for pre-order today and will ship starting October 13. Note that as previously announced, the Oculus Quest 2 requires a Facebook account to operate. The user’s real name does not appear in VR, however, unless they choose to.

This very aggressive price reflects the objective of this Oculus Quest 2 for Facebook: to reach a growing number of users who were still hesitant. In this context, one of the challenges for the company was to be able to respond to growing demand. The original Quest has indeed been regularly out of stock since its release and Facebook has said on several occasions that it is unable to produce as many as it would like due to higher than expected demand. Quest 2 was designed with this issue in mind and shouldn’t end up in the same situation. Note in passing that Quest 2 will be officially distributed in stores in Japan, a first for Oculus products.

The Rift S on the siding

The production of the first Quest has already been halted and the headset is practically nowhere to be found, but there is another victim of this Oculus Quest 2: the Rift S. This PC headset will be withdrawn from the market in spring 2021, after two good years. and loyal service. The logic is simple: the Quest 2 is a better headset than the Rift S, and Facebook wants to focus on a single product for both its mobile ecosystem (usable directly on the headset) and PC via Oculus Link.

Note that it will not be necessary to count on a drop in price. “Nothing is planned on this subject at the moment, Prabhu Parthasarathy told us. The Rift S is very popular and out of stock in almost all markets, so we expect the remaining inventory to sell out very quickly. “ 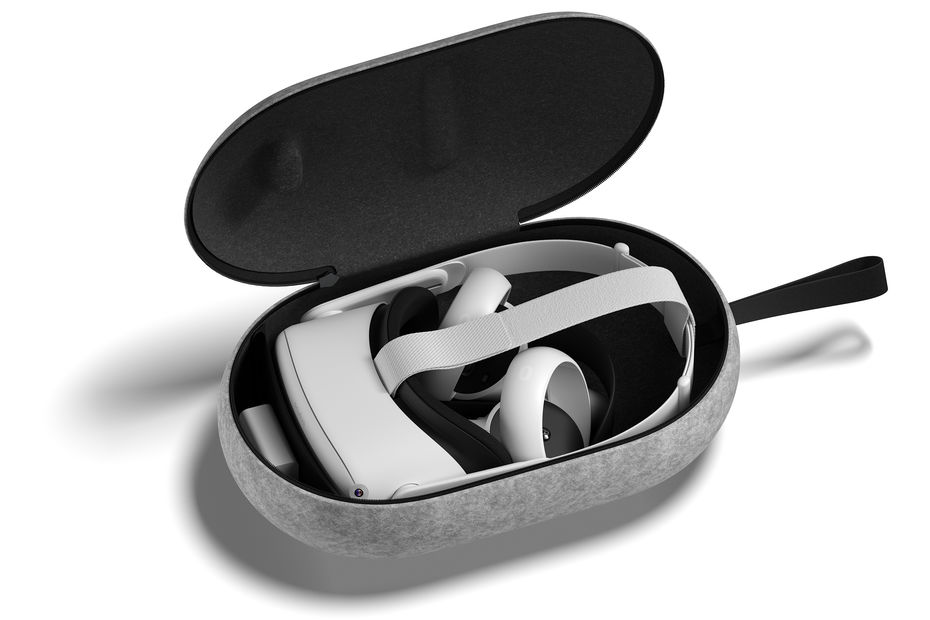 A partnership program around accessories

We have mentioned two alternative rigid attachment systems (produced by Facebook), but this Quest 2 also comes with new official accessories created by partners, labeled “Oculus Ready”. Among these, two audio accessories created by Logitech in its G range: in-ear headphones type “earbuds” and others which are placed on the ears like an audio headset.

Facebook will also produce a pack of facial foams to match a maximum of body types and meet certain demands (completely blocking light in the nose for example), and a washable “facial interface” will be produced by the company. specialized VR Cover. An official transport hull is also planned. 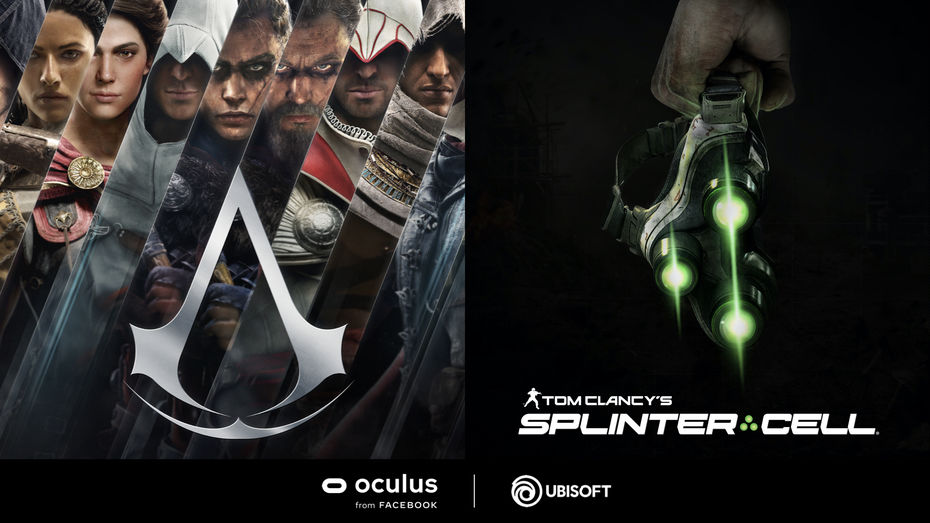 All Quest games are compatible with Quest 2

And the games in all this? All content on the Oculus Quest will be compatible with Quest 2 by default, as will all Rift games on PC via Oculus Link. In addition, Facebook announced several new titles for the Quest platform.

The most anticipated and important announcement was about its partnership with Ubisoft, the existence of which was leaked last year. It is now official. Elizabeth Loverso, VP of Product Development at Ubisoft Red Storm, revealed the arrival of two flagship licenses of Ubisoft on the Oculus platform: Assassin’s Creed and Splinter Cell. These two exclusive games are developed specifically for VR by Red Storm in collaboration with Ubisoft Reflections, Ubisoft Düsseldorf and Ubisoft Mumbai.

Among the other titles presented are:

These games will all be available by the end of the year. Note that all titles announced for Quest 2 will be compatible with Quest 1 until further notice according to Meaghan Fitzgerald, Head of Experiences Product Marketing at Facebook, questioned by L’Usine Digitale on the subject. However, it does not exclude that experiences exclusive to Quest 2 will appear “in the future”. 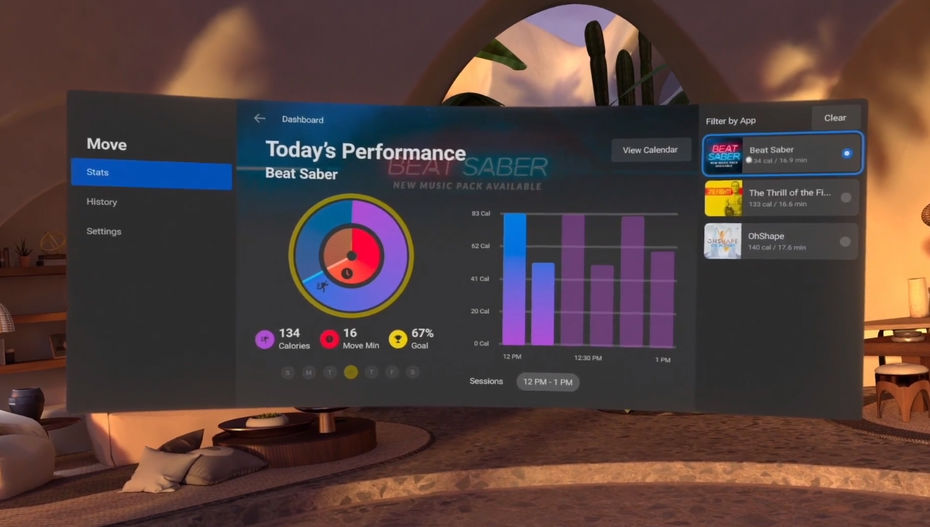 Facebook is also continuing to improve the functionality of the Quest’s OS with Oculus Move, a system that tracks the user’s physical activity on all the headset applications and brings together this information (calories expended, time spent on ‘exercise …) on a unified dashboard. This feature will be available by the end of the year.

The Boys (Prime Video): a spin-off in preparation –

[Tribune] Mass distribution: how to rethink the logic of categorization for more performance?

Roma vs. Juventus live stream: How to watch Serie A action online

The new order of SVOD in the United States

Ensure the company’s 360 ° resilience by strengthening its immune system

Ring launches drone-mounted camera to patrol home without owners away

The Boys (Prime Video): a spin-off in preparation –

[Tribune] Mass distribution: how to rethink the logic of categorization for more performance?

Roma vs. Juventus live stream: How to watch Serie A action online

The new order of SVOD in the United States

Ensure the company’s 360 ° resilience by strengthening its immune system

Ring launches drone-mounted camera to patrol home without owners away