If the Extra formula of the new Playstation Plus generally satisfies gamers, the answer will be different for subscribers to the Premium offer. Discussed? A blatant lack of new products in the catalog of retro games.

As you probably know, as of June 24, 2022, Playstation gamers are enjoying the all-new, updated Playstation Plus. This time, users can choose from three different offers, namely:

If the former formula offers the same benefits and services as the old PS Plus, the Extra and Premium formulas have new additions such as access to a huge catalog of PS4 and PS5 games (for the Extra offer) or even temporary access to the latest Sony exclusives. , such as Horizon Forbidden West, for example.

As part of the Premium offer, players can also enjoy a range of classic games from the PS1, PS2, PS3 and PSP catalogues. And it is this formula, a priori conceived for fans of retro games, that begins to annoy its subscribers. We explain why.

At the beginning of August 2022, Sony revealed the list of games that will be added to the PS Plus Essential, Extra and Premium packages this month. In addition to Yakuza Like A Dragon or Tony Hawk’s Pro Skater 1+2 available to everyone, PS Plus Extra and Premium subscribers can also get their hands on additional games such as Metro Exodus, Dead by Daylight or Ghost Recon Wildlands. 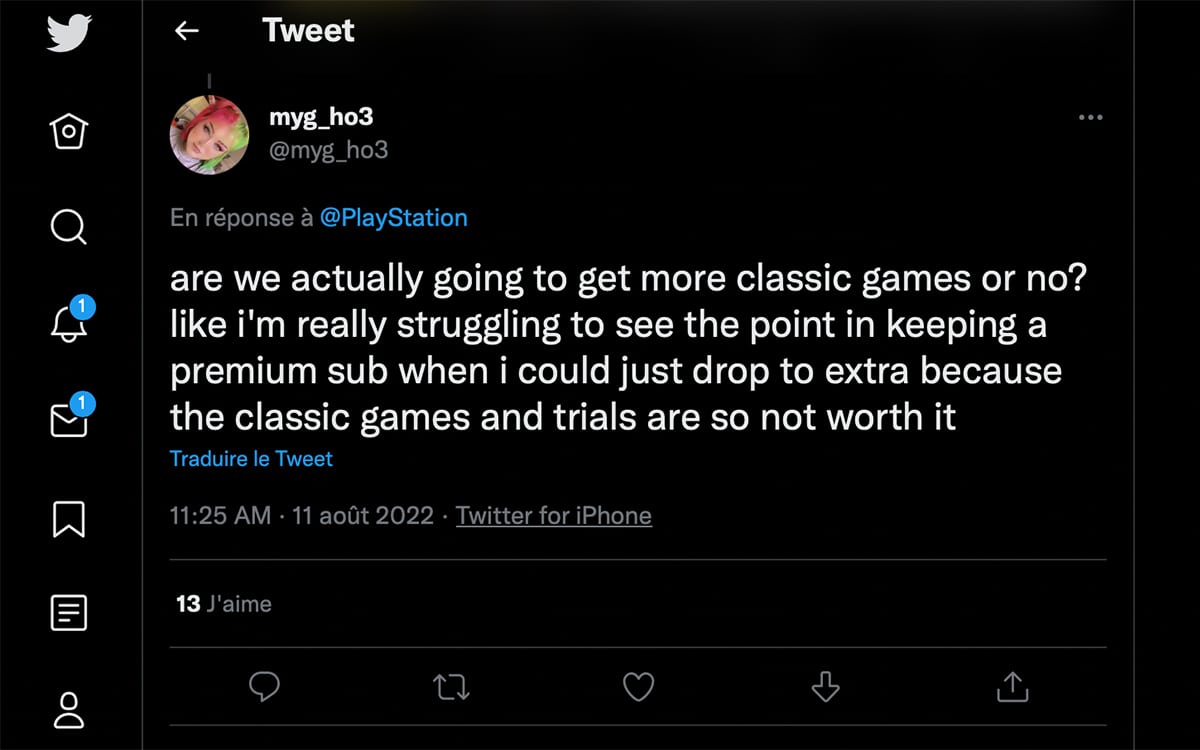 What about retro games? Nothing to report and this is what bothers users of the Premium formula. Therefore, many users have shared their dissatisfaction on Twitter in response to the official tweet posted by Sony.

“Will we have more classic games or not? Because I’m really starting to have a hard time seeing the point of keeping a Premium subscription when I could just upgrade to PS Plus Extra because the classic games and trials are really not worth it,” says social media user msg -ho3. .

“Sucks selection of retro games! It would be better to improve it, otherwise I will definitely not renew next year, ”says another user. “Where are the classic catalog updates? That’s why so many of us have bought a premium membership,” another player asks. As you already understood, Sony is extremely interested in filling the catalog with classic games, otherwise many players will unsubscribe or switch to the Extra formula.