Specialist journalists were invited to London to try out Sony’s new VR headset. Date and price have not yet been disclosed.

Announced a few months ago, the PS VR2 virtual reality headset is on everyone’s lips this weekend. Sony invited the trade press to the British capital to discover the new PS5 themed headphones. The lucky ones were also shown some highly anticipated games such as Horizon Call of the Mountain. Newspaper.

PS VR2 makes some giant leaps in purely technical terms. It no longer requires the participation of an external camera to view the environment (sensors are built into the visor), the experience becomes even more instantaneous and less restrictive.

But Sony’s new VR headset is still wired. Indeed, unlike Meta Quest 2, which is standalone, it is the PlayStation 5 it is connected to that does the calculations and returns the result to the PS VR2. On the other hand, whether you’re asking on the Gamekult or IGN side, this connection doesn’t seem to get in the way of immersion.

PlayStation VR2 is due out in early 2023.©Sony Interactive Entertainment

The design of the new PS VR2 Sense controllers is similar to that of the PC models. In addition, they offer the same haptics as the DualSense on PlayStation 5, as well as adaptive triggers. On the other hand, the four games featured on this opening day seemed to be pushing the feature to the limit.

Clearer picture than ever

PS VR2 has two new OLED screens, each providing a resolution of 2000 x 2040 pixels at 120Hz. The field of view has also been increased (110°) and allows you to see more details in the picture. The “grid” effect inherent in VR is still there, according to Gamekult. But it manages to be forgotten thanks to the eye-tracking technology that tells the console what we’re looking at in order to maximize the level of detail of that element at the expense of what’s in the peripheral view. .

Another innovation: the helmet now has a wheel to adjust the distance between the pupils of each lens. In other words, you can fine-tune the position of the screens to dramatically improve sharpness and get the best possible picture.

The helmet always rests its weight on the wearer’s forehead and now has an adjustable pupillary distance.©Sony Interactive Entertainment

Moreover, the real star of the day was, according to many media outlets, Horizon: Call of the Mountain. A virtual reality spin-off from Sony’s franchise, it made a strong impression on Game Informer, which describes the game as graphically impressive as Horizon Forbidden West, one if not the most beautiful game currently available on PS5.

If the overall impression is excellent, some points are unanimously raised by the press and may raise questions about the product.

First, PS VR2 does not offer an integrated audio solution. You need to take a helmet with you, which will be superimposed on the helmet (there is a 3.5 mm jack), or be content with the sound of your TV speakers.

The whole problem of the catalog also remains. Will Sony be able to offer its headphones enough games to motivate a purchase? Either way, this is the trap the company faced with the first PS VR of that name. 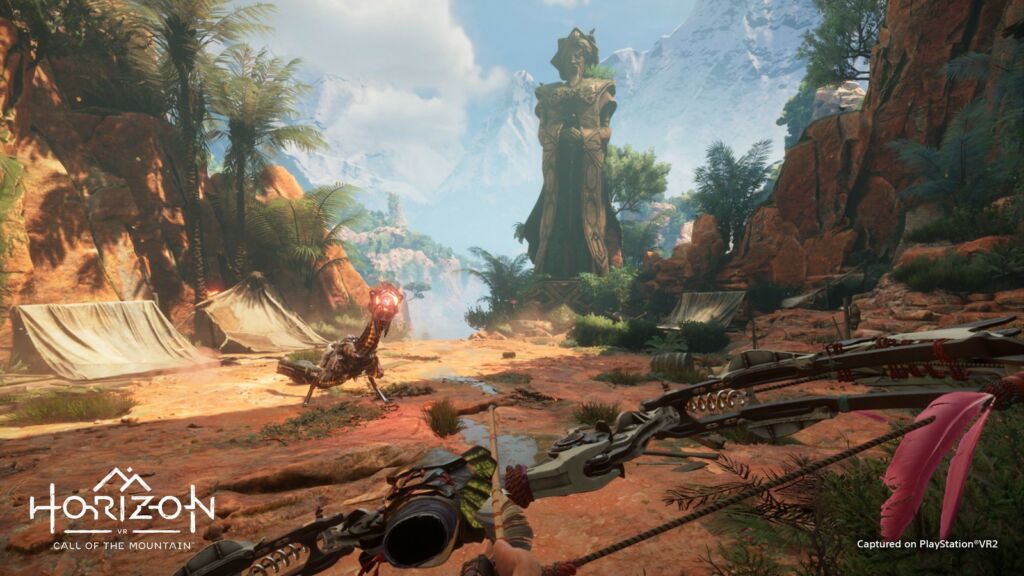 Finally, it also remains to know the starting price of this new device. While Sony just raised the price of its PlayStation 5 by 50 euros, what price range should we expect from the PS VR2? As a reminder, the first headset (not counting the PlayStation Camera and Move controllers) was on sale for around 399 euros at launch. At the same price as the PlayStation 4 Pro at the time.

Given the economic situation, it is likely that Sony will choose to launch at the current price of the PlayStation 5. That is 450€. Price (also revised upwards) of Meta Quest 2.