After a painstaking and not entirely relevant start, the immersive sound standardDolby Atmos is starting to find its way into soundbars. Proof of this is the Polk Signa S4, a compact and affordable model.

Dolby Atmos soundbars are designed to add a vertical dimension to sound effects, making them ideal for action movies and video games. What sets the Signa S4 apart from other $400 models are the vertical speakers. Almost all of its competitors are at the same price, such as Yamaha YAS209 use psychoacoustics to simulate sound effects. Polk also works well in music, and Atmos movies really come into their own.

However, it is not free from shortcomings. You can’t adjust channel levels or vertical volume, and it doesn’t support WiFi. But if you’re looking for the highest possible Dolby Atmos performance at the lowest cost, Polk’s Signa S4 is the soundbar you need.

The Signa S4 is a 3.1.2 soundbar (left, right, center, height and wireless subwoofer). It offers a range of connection options and a range of audio modes. In terms of competition, there are several comparable soundbars with imitation or less often physical Dolby Atmos: Yamaha YAS209, which we have already covered, andLG QP5 Lightningrespectively.

The S4’s connectivity comes down to an HDMI eARC input, an optical digital input, and a 3.5mm analog input. While her little sister
Signa S3 Compatible with WiFi and Google Chromecast, Signa S4 only offers Bluetooth.

We really appreciate the sound modes in Polk: Movie, Music, Night and, above all, Voice Adjust. The latter offers three different levels of voice customization. On the other hand, the main disadvantage of this soundbar is the inability to adjust the volume of channels, with the exception of the subwoofer. For example, if you have high or vaulted ceilings, you may not hear any vertical effects at all.

Another unfortunate limitation is that the configuration cannot be changed by adding speakers at the rear. If that’s your intention, it’s best to turn to Polk React soundbars (we’ll post a test soon) or MagniFi. The S4 remote is just as userfriendly as previous versions, with large, easytoread buttons. 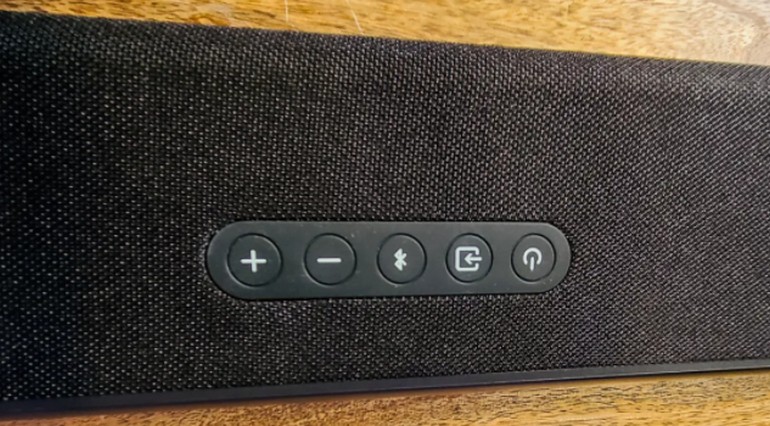 Polk soundbars have always been great for music, and the Signa 4 is no exception to that tradition. And this time, the Signa S4 is just as good when it comes to movies. We compared it to the LG Eclair, Vizio M512a and Sonos Beam 2 we had on hand.

Our testing began with Mad Max: Fury Road, arguably one of the best movies ever to illustrate the capabilities of Dolby Atmos systems. Polk managed to fill the room enough to put us in a postapocalyptic mood. It surpassed the QP5 Eclair (also without rear speakers) in sound spatiality. While it doesn’t have physical speakers for vertical sound effects, the Sonos Beam also performed quite well. 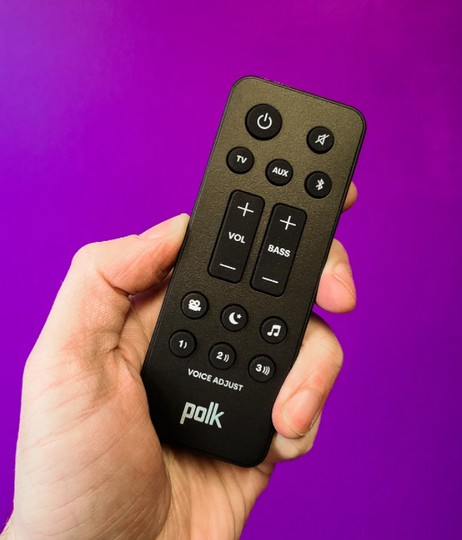 Then we switched to Matrix without Dolby Atmos. The QP5 Eclair was more bass friendly than the Polk. On the other hand, the latter offered more mids and more realistic bullet whistling effects.

In terms of music, the Signa S4 blew us away compared to the LG, which was nevertheless optimized by hifi specialist Meridian. She was able to accurately capture the sophistication of some pieces where the LG was sometimes dirtier. We were convinced of this by listening to the acoustic ballad Iron and Wine Naked As We Came. Although it’s a simple song played on guitar and Sam Beam’s voice, the LG panel didn’t find the right balance, favoring the singer over the instrument, so we opted to turn the volume down.

Polk had good balance, well delivered vocals and a slightly understated, though present, backing guitar. Vizio also erred in this exercise by drowning the voice in an unpleasant surround sound effect. 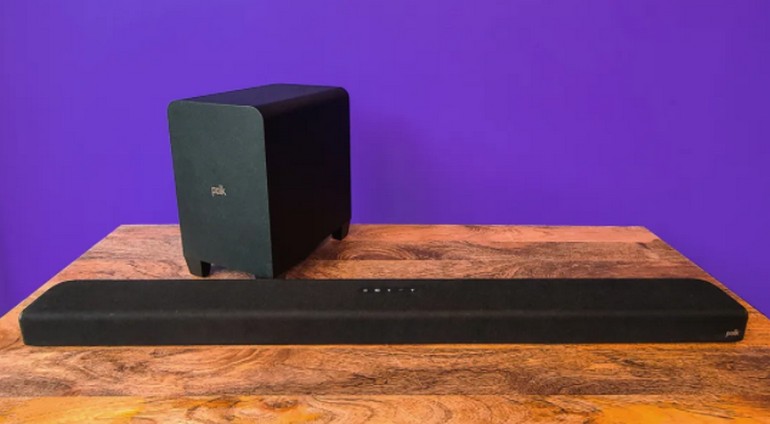 For us, the most interesting competitors of the Signa S4 are the LG QP5 Eclair and the Yamaha YAS209 in this price range. QP5 will have an advantage in compactness, but will lose in spatiality, and YAS209, although very good, will also lose in spatiality due to the lack of vertical speakers.

Then there’s the Sonos ARC, which will be even better thanks to the brand’s multiroom experience and evolution capabilities, but will cost you twice as much as the Signa S4. Finally, to save money, on the contrary, there is JBL 2.1 Deep Bass, but it will be worse than Polk in a number of ways, including sound and spatiality.

If you want true Dolby Atmos at an affordable price, the Signa S4 is the cheapest soundbar we’ve ever seen. A low price doesn’t mean a lack of performance, because the Polk is just as reliable as other speakers in its category, for both music and movies.

Its only “problem” is how it compares to the competition. Indeed, it is possible to find soundbars with better performance at slightly higher prices. For example, Signa S4 does not have WiFi function,
Sonos Arch (not to mention the Signa S3) and you can’t adjust the volume of each channel.

If you’re looking for a greatsounding readymade soundbar, the Signa S4 is the best choice. Its streaming and expansion options are limited, but it will provide decent performance right out of the box. And that, ultimately, is all we ask of him.