These are the highlights of the Snapdragon 8 Gen 1.

You can read all about that in our Snapdragon 8 Gen 1 preview.

“Now is the time for Snapdragon to take another big leap,” said Katouzian. And with that we get the Snapdragon 8 Gen 1. Katouzian considers it the most powerful mobile smartphone platform ever built. 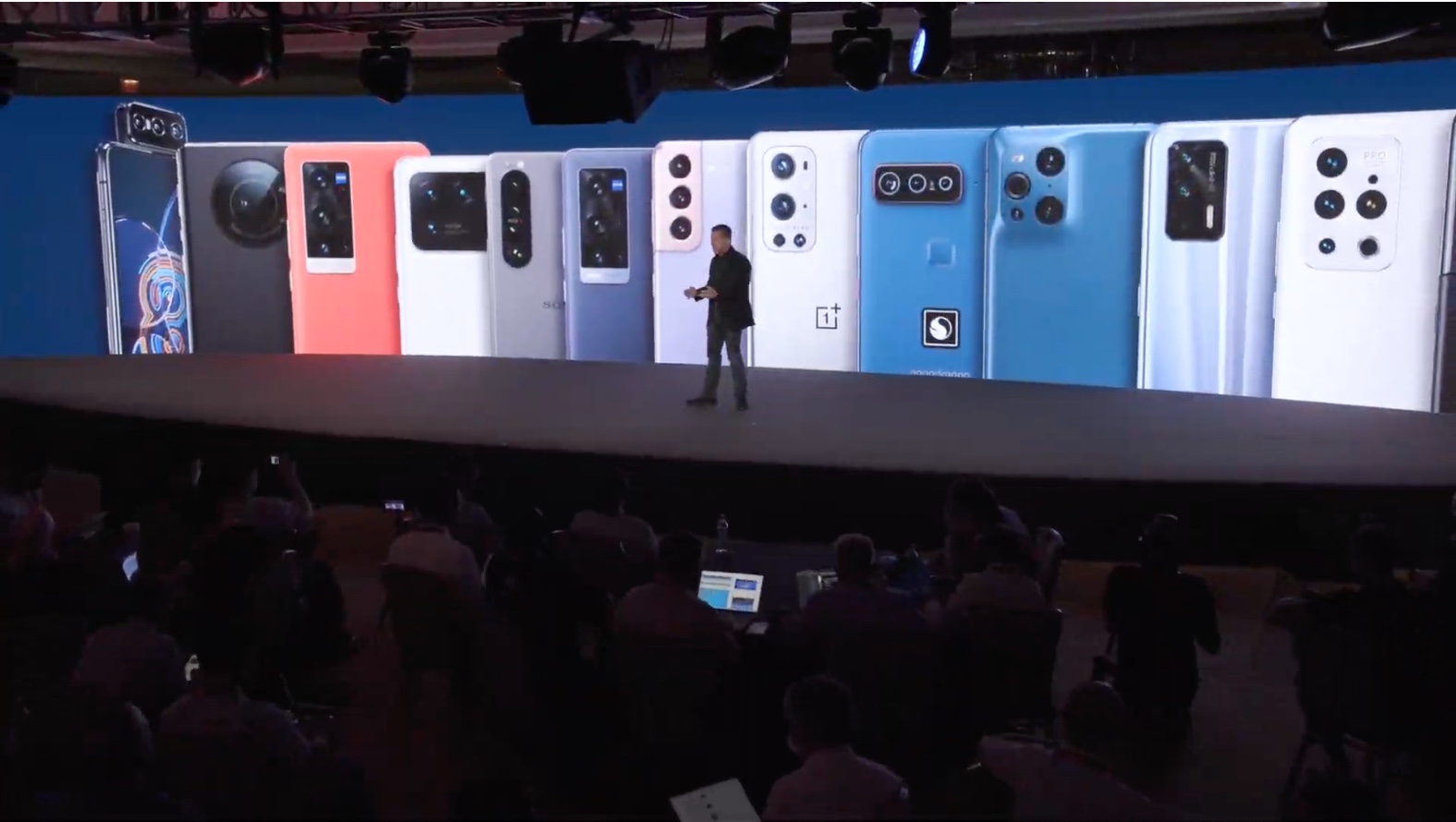 Alex Katouzian, Senior Vice President and General Manager of Qualcomm, is here, and that means we’re going to get the official Snapdragon 8 Gen 1 announcement. “Today, Snapdragon is the common denominator of premium experiences,” says Katouzian, and there are six : connectivity, AI, camera, games, security and sound.

Google’s Hiroshi Lockheimer is here to talk about the Google and Qualcomm partnership. This has the feel of a “no hard feelings about Tensor business” segment. 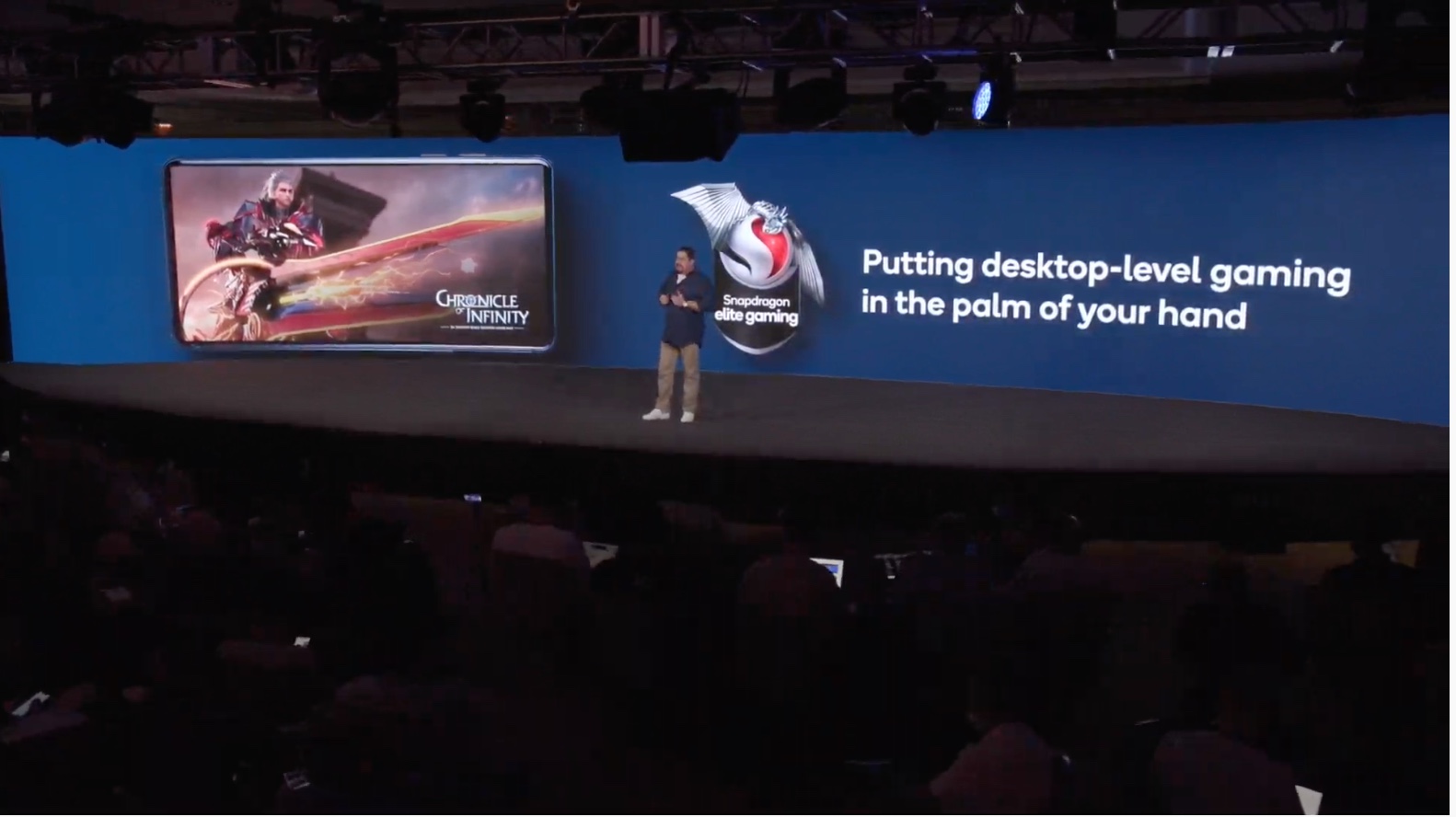 “Mobile games are now mainstream games,” Amon said, introducing the new gameplay features supported by Snapdragon. Over the years, Snapdragon Elite Gaming has brought more than 50 desktop-style gaming features to mobile devices, and that continues with the new Snapdragon chipset.

But before we get into that, Qualcomm is announcing a gaming partnership with ESL to expand its eSports footprint.

It seems strange that Qualcomm does not pass this stage time to talk more about the real characteristics that the new chipset adopts. These include volumetric rendering, which makes effects like fog and smoke look more realistic in games. And there’s a new Adreno Frame Motion engine that increases the number of frames per second a phone can produce without increasing power consumption. 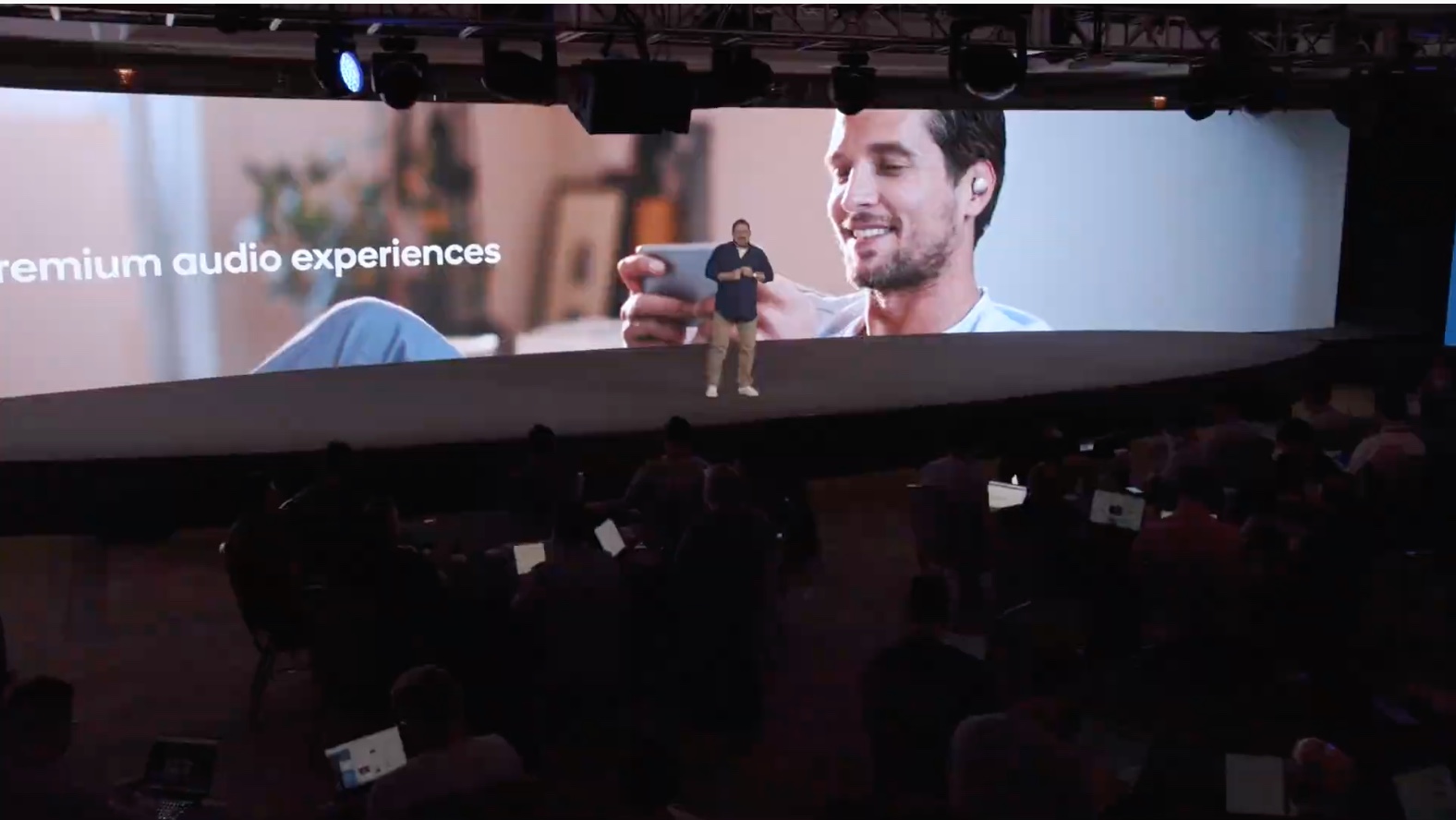 We are now focusing on audio, and for the first time on a mobile device, you will get support for lossless CD audio streaming via Bluetooth.

Time to talk about camera, an increasingly important part of the smartphone experience, I think you will agree. It’s also a key part of the Snapdragon story, as the chipsets include an Image Signal Processor (ISP) that powers many camera functions. Demonstrations include 8K video encoding, which is now possible on Snapdragon-powered phones, and AI-powered editing. Leica also plans to bring Leica Lens technology to mobile devices in the form of filters that will be integrated into Snapdragon.

Amon says that mmWave adoption is inevitable and that momentum for mmWave 5G globally is growing. mmWave is super-fast 5G, but so far, it’s actually only being adopted in the US (and its reach isn’t as wide as 5G below 6GHz). 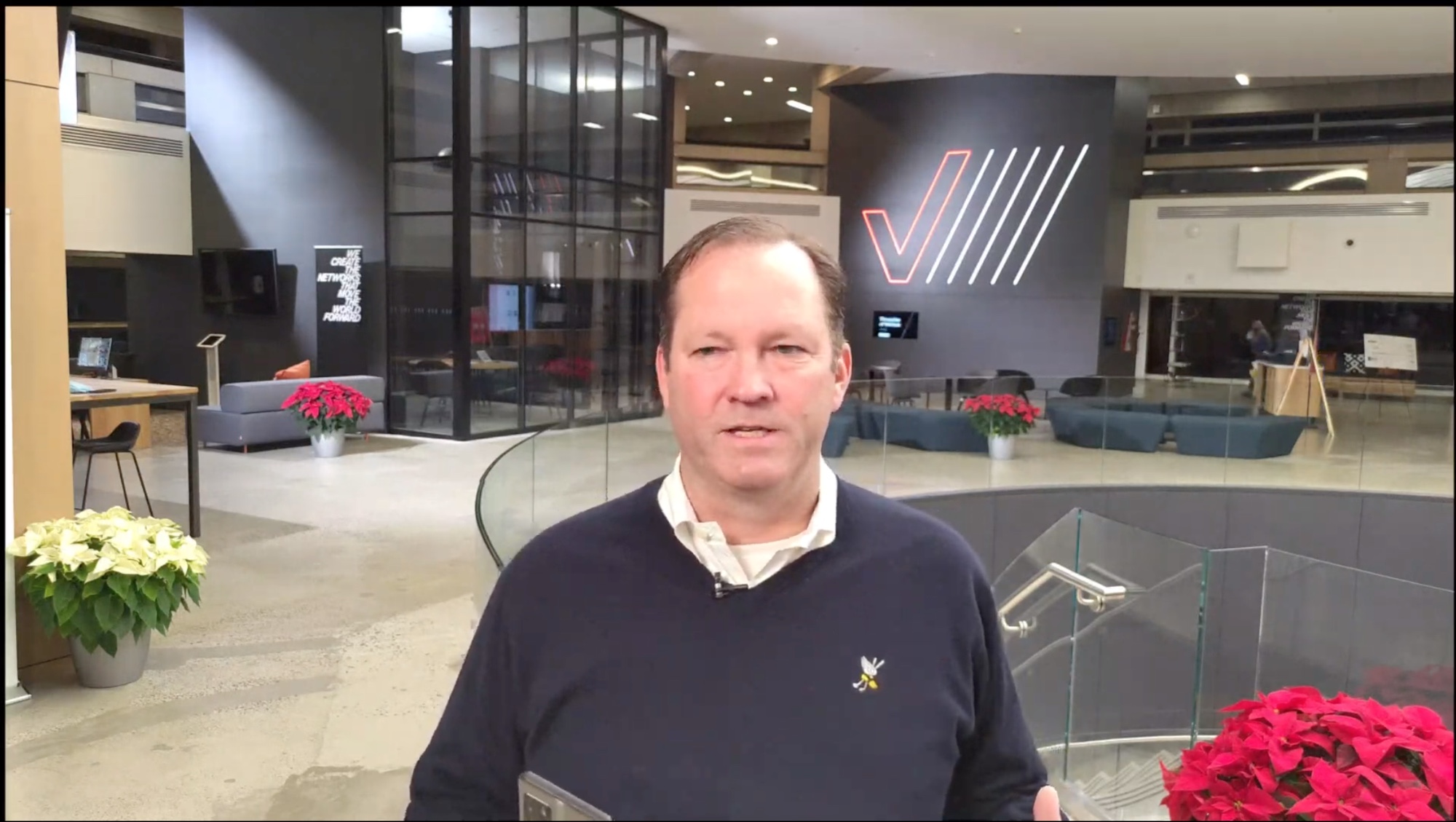 Demo Time: Kyle Malady from Verizon in New Jersey makes an 8K HDR video call over Verizon’s 5G network for the event in Hawaii. This is to demonstrate the difference those fast loading speeds can make to your everyday experience. 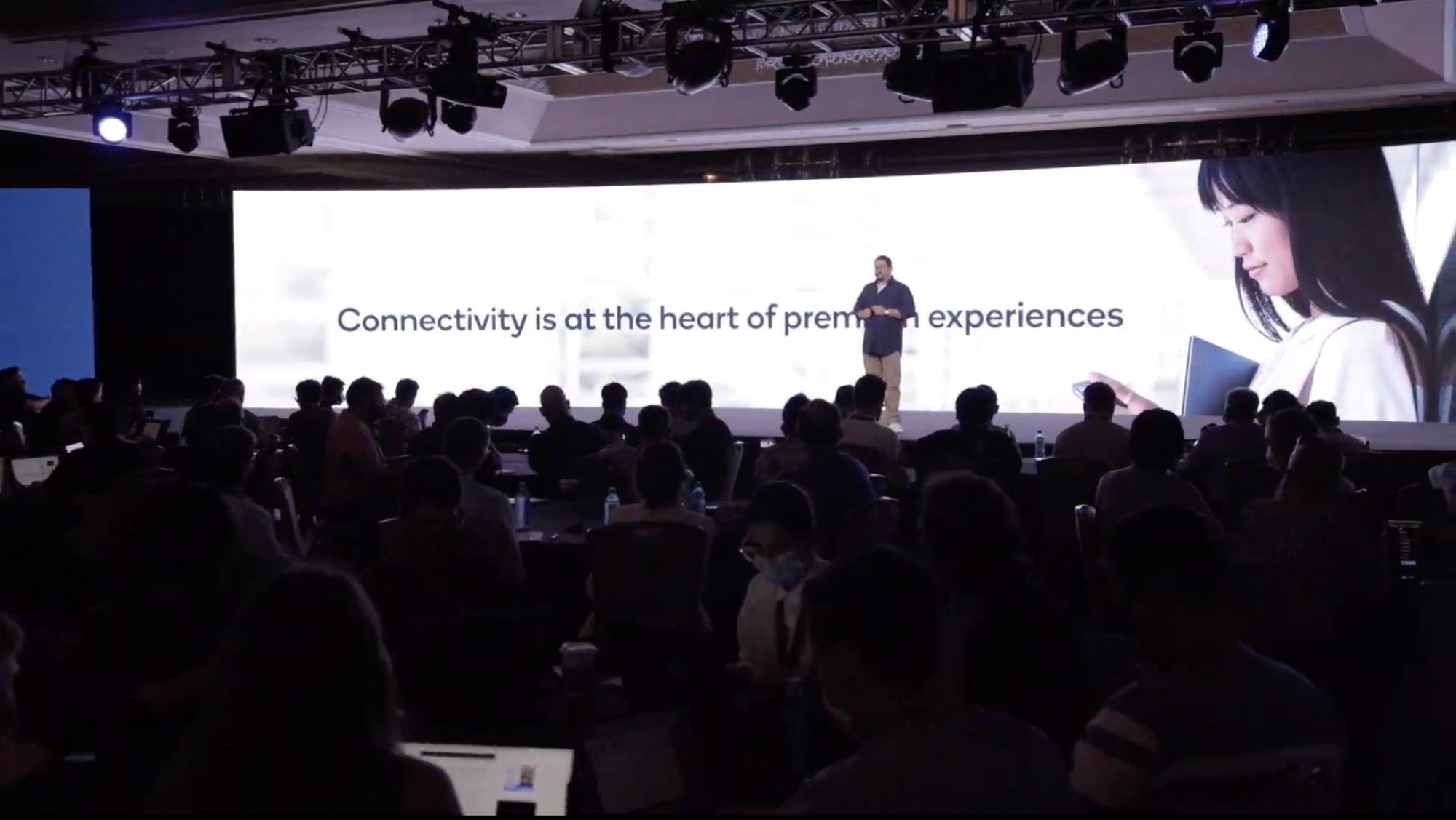 But the focus here is on upload speeds, something important in this age of video chat and streaming. “For us to change the user experience, loading speeds will be extremely important,” said Amon. So now the X65 supports 3.5Gbps speeds on the uplink.

Qualcomm CEO Cristiano Amon talks about the company’s vision: We are all connecting more and more and the smartphone experiences you enjoy will be reaching other devices.

We’re also getting a snapshot of the Snapdragon / Qualcomm market position – Amon is promoting the company’s dominance here. 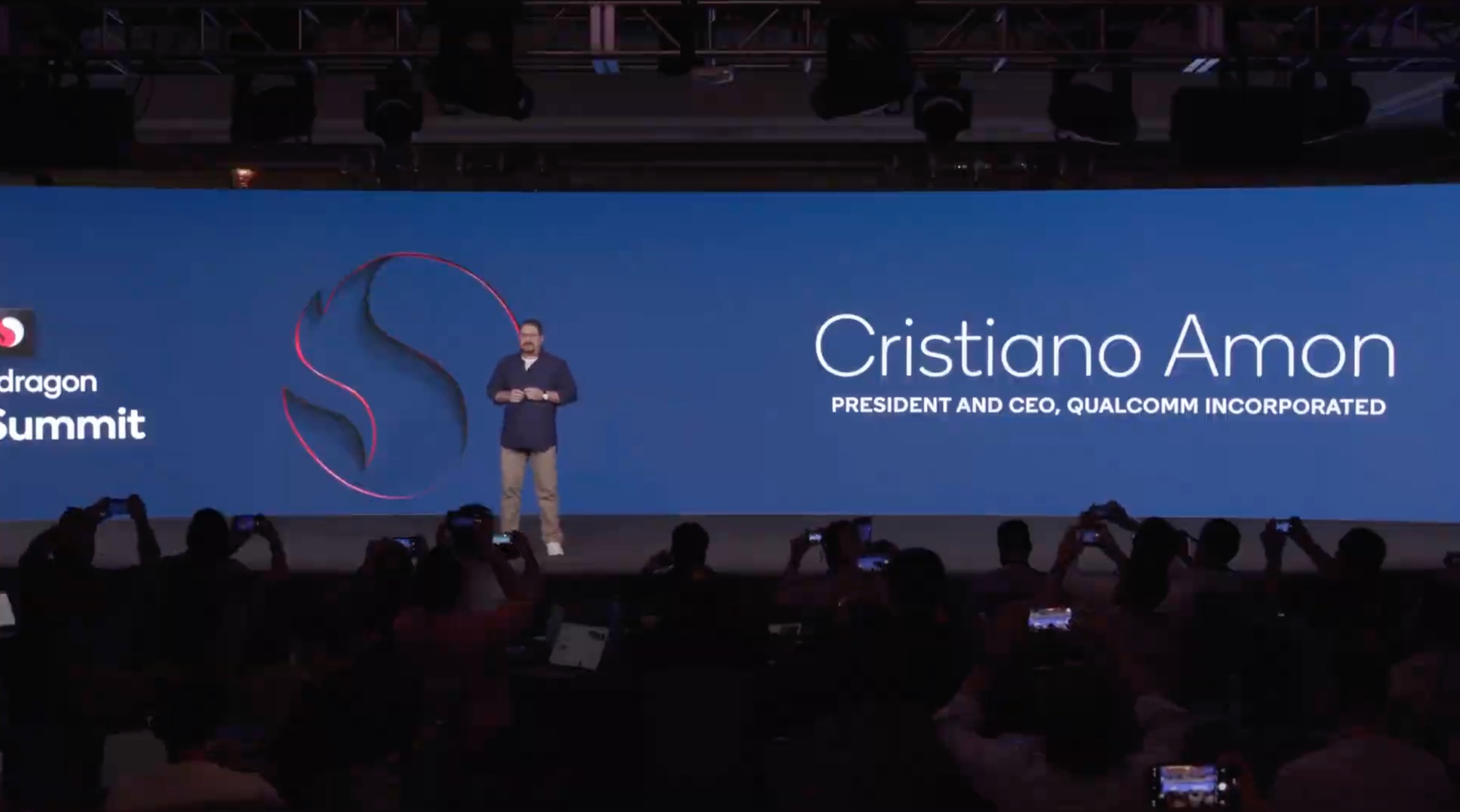 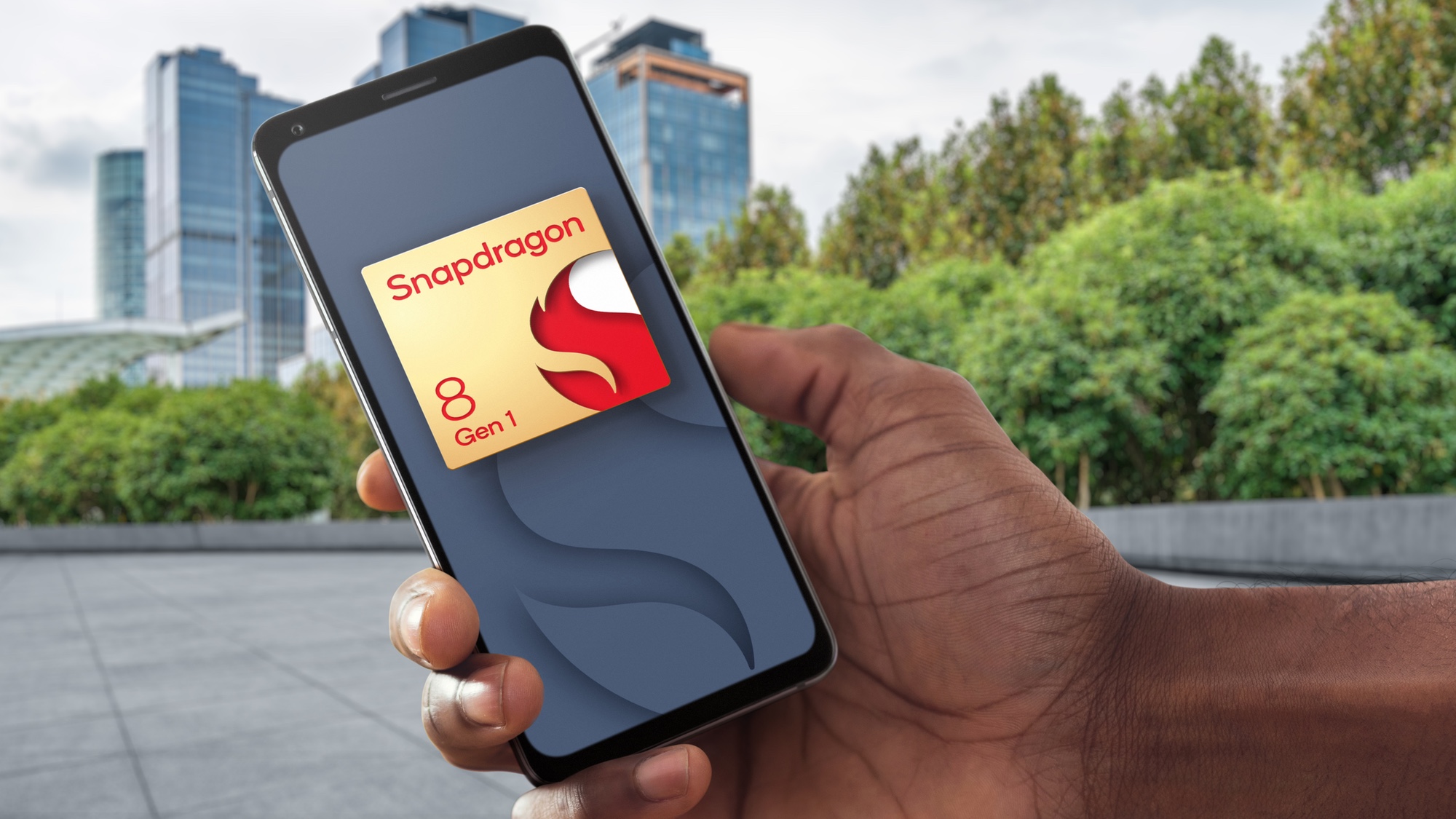 And so the countdown begins. In the meantime, read our look at the new chip, the Snapdragon 8 Gen 1, and what you can expect from it.

What if we host a live blog but the event never started? The feed on both YouTube and Qualcomm’s site has yet to be published. 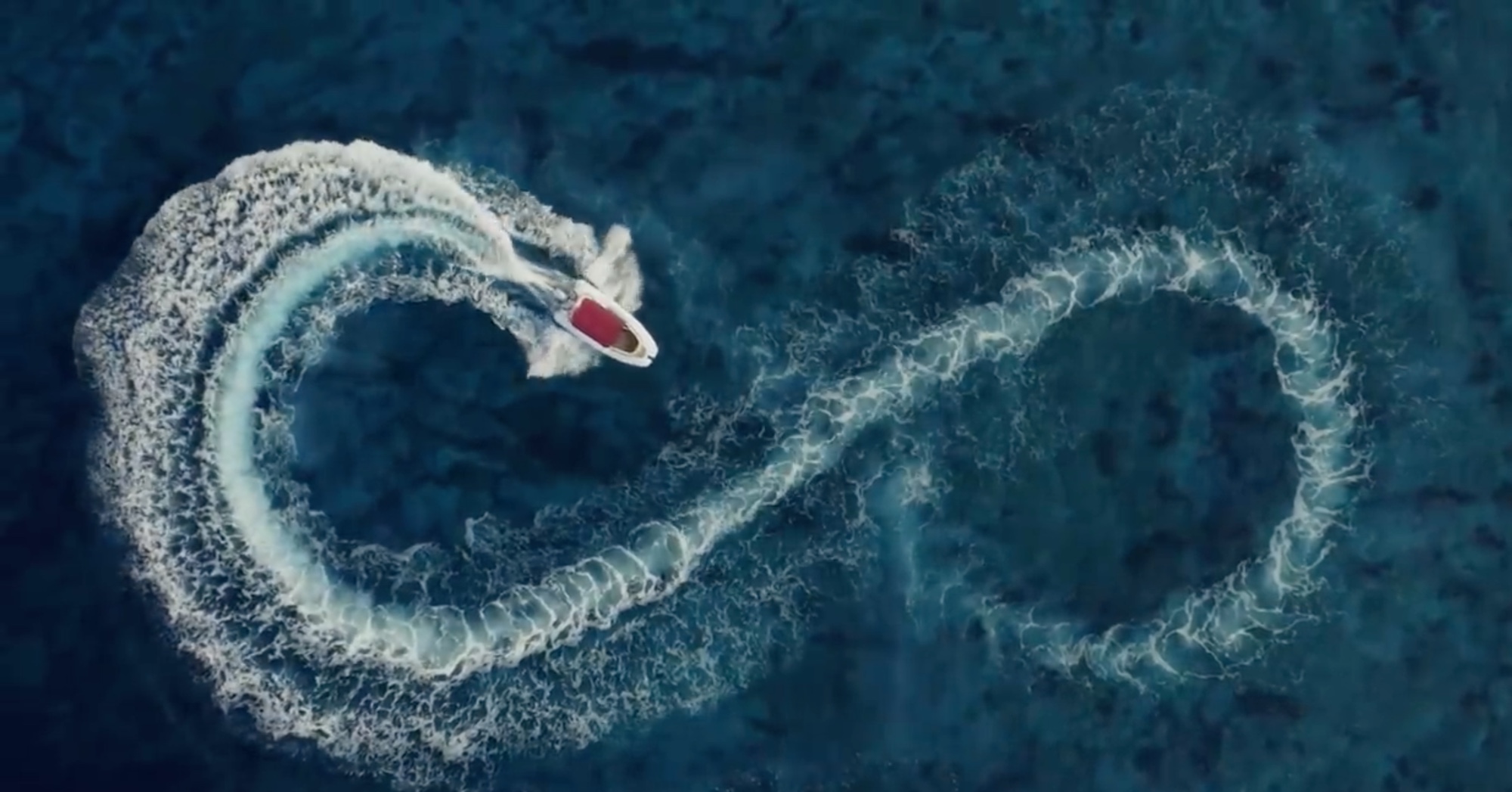 Qualcomm is streaming a trailer on its live stream. I wonder if that 8 means anything. (He does.)

To take a look at what Qualcomm might officially call its chipset, and take a look at the marketing materials reported, we turned to Twitter user Kuba, who claims to have found the image in a test version of Qualcomm’s website. . All we would say is that 8GX looks as clunky as triple-digit numbers and isn’t the point of renaming the Snapdragon chips to simplify their branding? 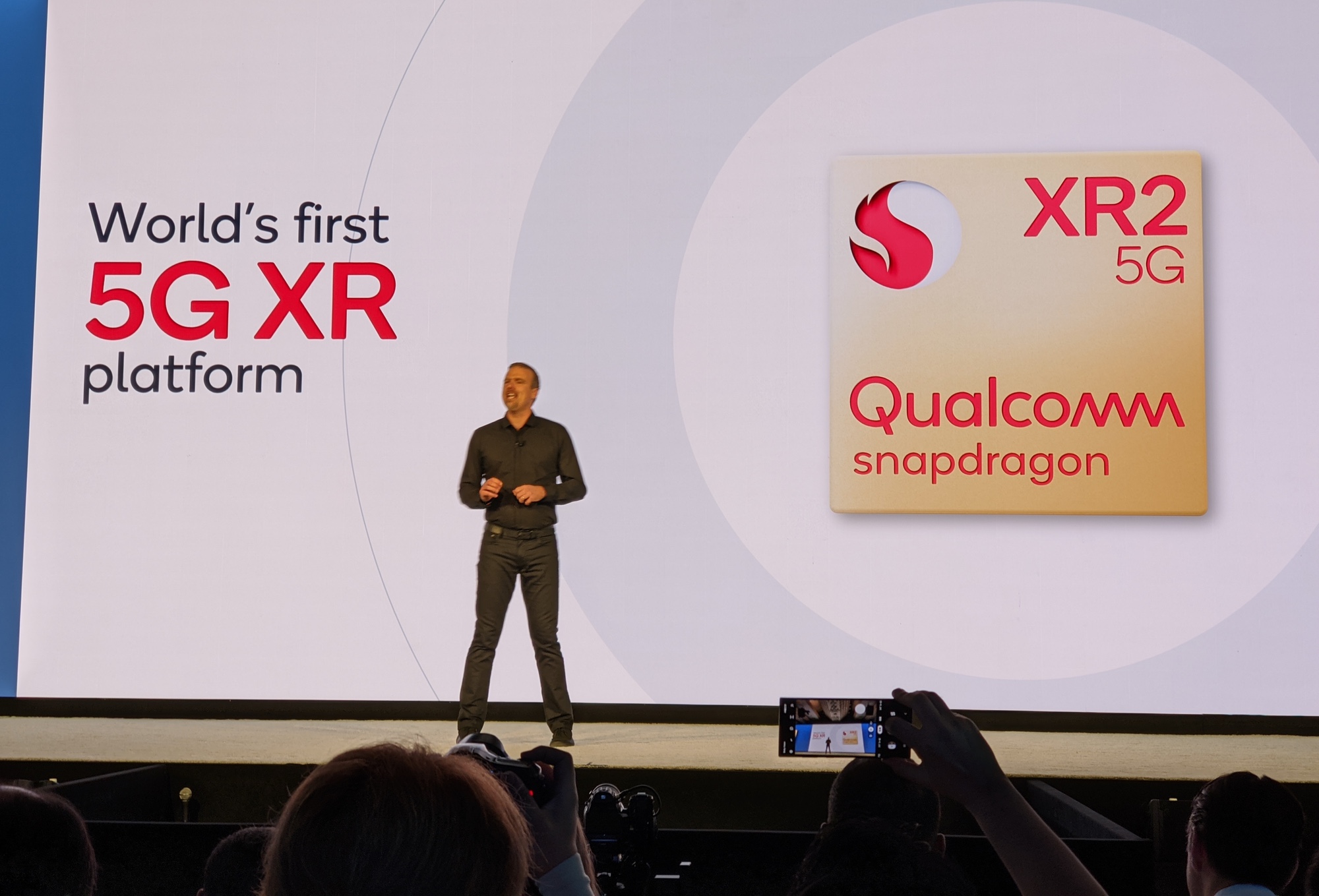 This year’s Snapdragon Tech Summit is scheduled to last two days: today (November 30) and tomorrow. Since it’s a long time to talk about just a successor to the Snapdragon 888, you would have to think that there is more on the agenda than just a mobile processor announcement.

It helps that Qualcomm produces more than mobile processors. Recent tech summits have also included other announcements focused on those chips. In the past, Qualcomm has introduced always-on processors for laptops, part of its Snapdragon 8cx, 8c, and 7c offerings. Two years ago, at the last in-person Tech Summit, the company showed a mixed reality processor for headphones.

That’s not to say that neither of those products are on the agenda this time around as well, but it does give you a glimpse of other things Qualcomm could talk about besides what’s new in smartphone processors.

A Lenovo executive in China may have said at first which phone will feature the new Snapdragon chipset. According to PhoneArena, Lenovo’s China CEO Chen Jin traveled to Weibo to give clues about a Motorola phone with a chip that looks a lot like what Qualcomm plans to announce.

The phone in question is rumored to be the Moto Edge 30 Ultra, a new flagship device from the phone maker. It’s unclear if that phone would be limited to China or if it would eventually make its way to other markets like the US The flagship Motorola Edge Plus came out in the US last year, but in 2021, we’ve only seen Motorola Edge models. mid-range. like the Motorola Edge 5G UW. 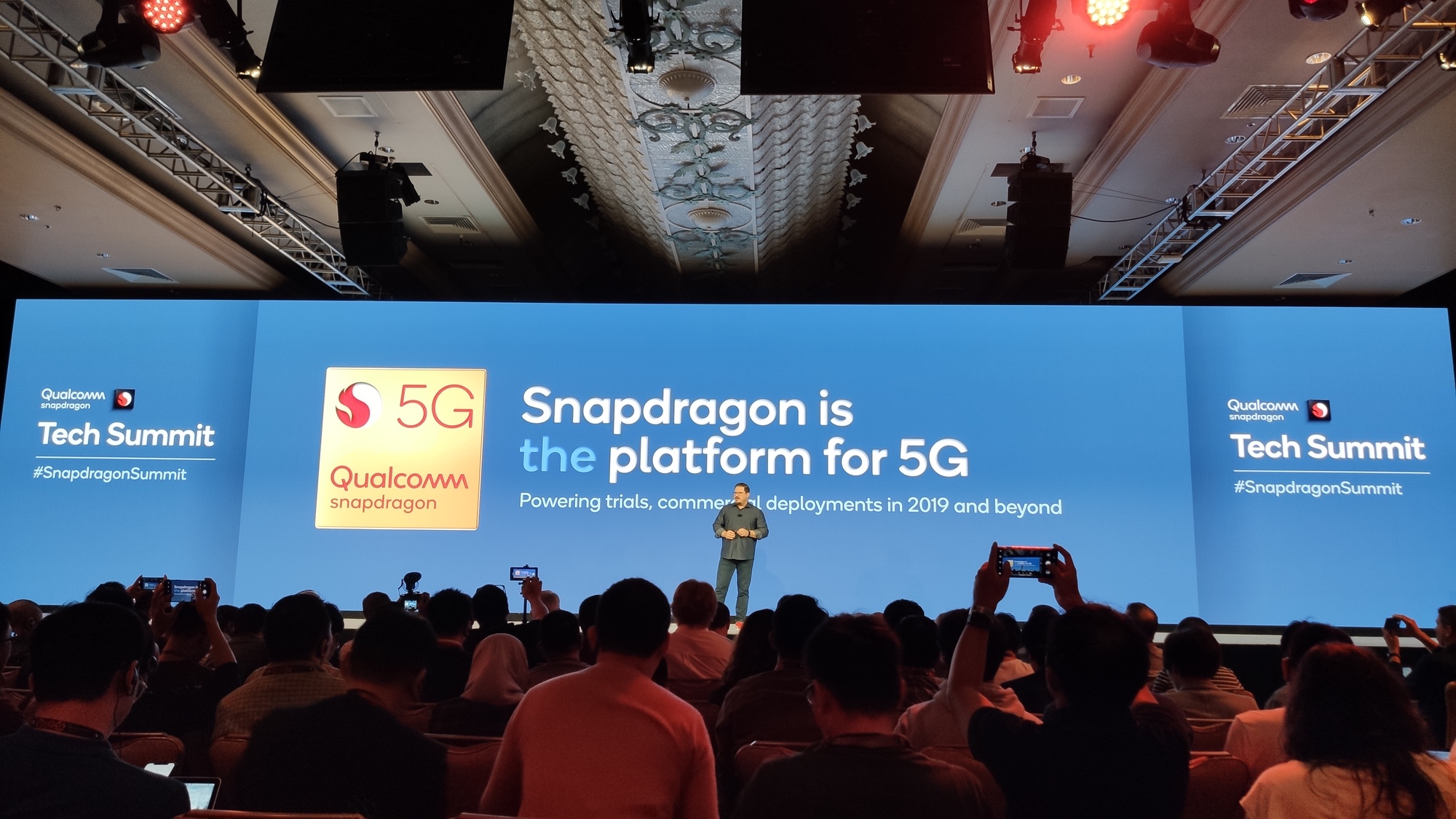 Just because the Galaxy S22 isn’t the first phone with the new Snapdragon chip, supposedly, doesn’t mean it won’t be a huge part of Samsung’s phones going forward. In fact, at a Qualcomm investor event earlier this month, the chipmaker said it expects Snapdragon to be in 40-50% of the Galaxy S phones that Samsung will launch next year.

That announcement came at the same time that rumors have suggested that more Galaxy S22 models will be powered by the upcoming Snapdragon chipset. In previous years, only the US version of the phone featured Snapdragon silicone with Samsung Exynos chipsets that power the rest of the world devices. 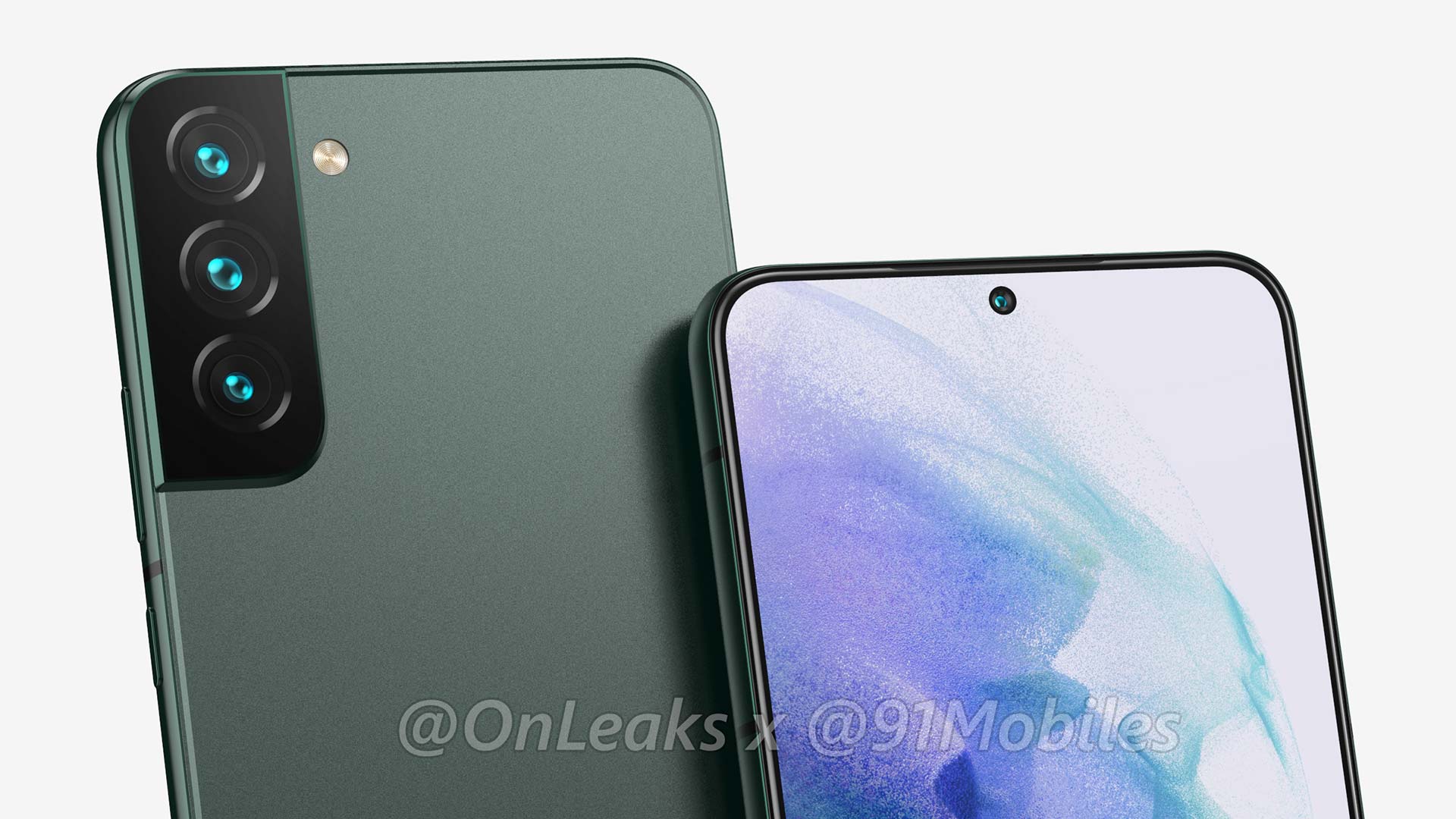 Benchmarks pegged to the Snapdragon 898, the rumored name of the chip before Qualcomm clarified for us, have reportedly not been encouraging, but we wouldn’t read much on them. The Geekbench numbers released both in early November and a couple of weeks ago don’t paint a picture of a speed demon, with Qualcomm’s new chip finishing far behind the A15 Bionic processor Apple uses in the iPhone 13.

Don’t let those early figures put you off, because they’re unlikely to be painting an accurate picture of the final version of any Qualcomm release. Phone makers have a way of tuning processors for performance before they hit the market, so the actual chipset featured by Qualcomm is very likely to produce much better results once it’s inside a shipping phone. . 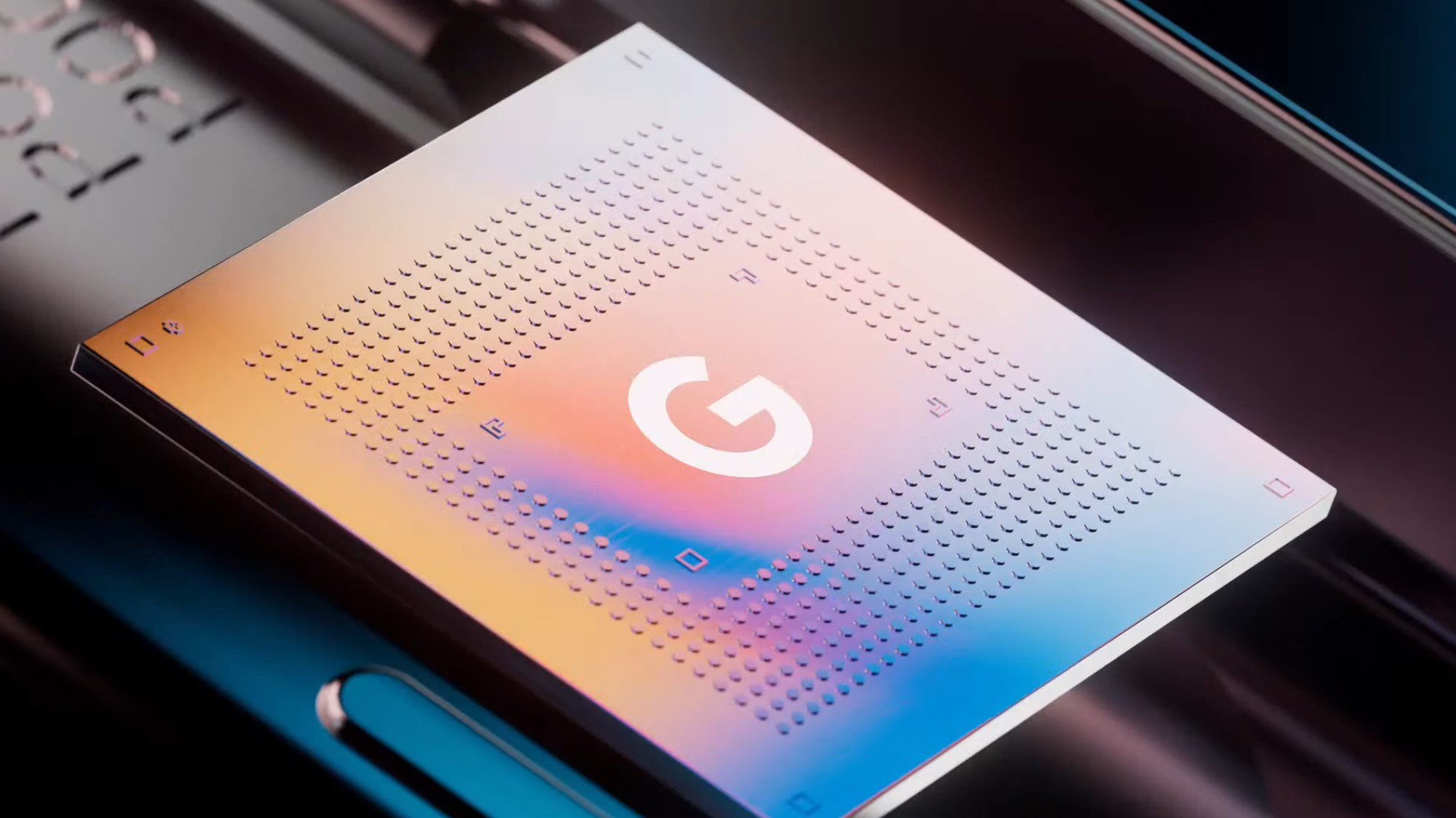 This is one of Qualcomm’s first big events since the debut of Google’s Tensor chip in the Pixel 6. That’s the silicon Google used in its new phone instead of Qualcomm’s system-on-chip, in part because Google wanted to incorporate the power of your Tensor. machine learning on smartphones.

We wouldn’t expect Qualcomm to even talk about recognizing a competing platform. But you can imagine that the Snapdragon enhancements being touted this afternoon will be seen through the prism as compared to Tensor, particularly on the AI ​​front. 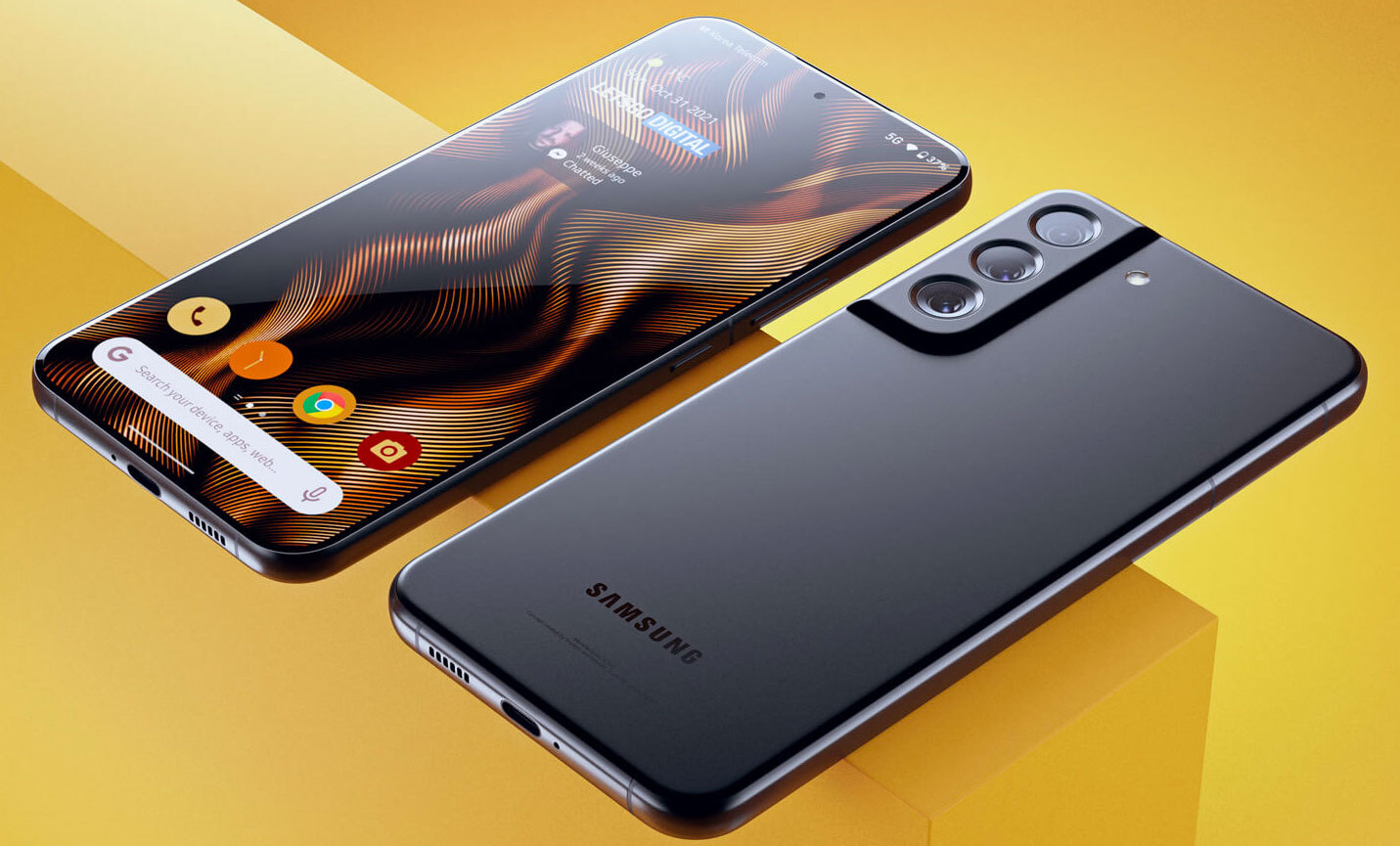 Historically, you would expect the next Samsung Galaxy S phone to be the first to feature Qualcomm’s latest mobile processor. Certainly that’s the way things have been in the past, and with the Samsung Galaxy S22 set to debut in the early months of 2021, history is likely to repeat itself.

Except rumors suggest otherwise. Earlier this month, a leaker called Digital Chat Station tweeted that Xiaomi and Motorola are looking to launch phones with the new Qualcomm silicone before the end of the year. If that’s the case, they would certainly beat the Galaxy S22.

Moto’s Snapdragon 898 machine is also confirmed to debut later in the year. It is said that they are still preparing to cooperate with Xiaomi grab the start … November 5, 2021

Qualcomm generally leaves such announcements to the phone makers themselves, so once the new Snapdragon silicon comes out, we’d expect more clarity on when exactly the first devices will emerge.