That’s it, Raya and the Last Dragon, the latest from Disney animation studios, arrives on Disney +. In France, the SVoD platform will also be the only medium where you can legally view it, the feature film skipping the cinema box.

Since June 04, Raya is therefore online and we jumped at the chance to view the adventures of the new Disney princess. But are they really worth the detour? Answer below.

The synopsis of the film

Long ago, humans and dragons lived in harmony in the kingdom of Kumandra. But an evil force swept over the world and the dragons sacrificed themselves to save humanity, disappearing in the process. 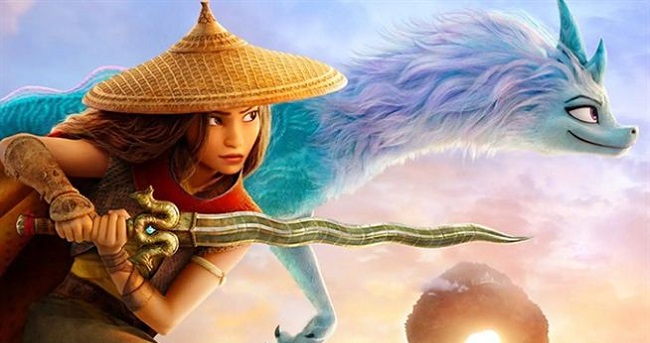 500 years later, this evil force returns and Raya, a lone warrior, is on a quest for the legendary last dragon who could restore harmony to the divided world of Kumandra, and save what remains of humanity.

Our review of Raya and the Last Dragon

Five years later Zootopia and Vaiana, Raya and the Last Dracon finally marks Disney’s return to an original story. Since 2016, the animation giant had indeed rather focused on the continuation of the Ralph’s world (Ralph 2.0), from Mary poppins, and of Snow Queen, leaving them aficionados new heroes a little hungry.

And there is cause for celebration: the new Disney princess largely meets our expectations. The warrior Raya, heir to the Heart tribe, fits well in the long line of the princesses of the studio, with this strength, this independence and this determination that we now appreciate in our heroines.

Guided by the young woman, it is an ambitious adventure – rich in encounters and twists and turns – and with the paces of road trip that the spectator is invited. The richness and imposing character of the fictional world of Kumandra can be frightening at first glance, but the directors Don Hall, Carlos Lopez Estrada and Paul Briggs demonstrate all the mastery of their subject, by mixing 3D animation, 2D and multiple inspirations (the film takes its roots in the cultures of Southeast Asia) to immerse us without pitfalls in their universe.

Once this copious introduction has passed, Raya and the Last Dragon embraces a more traditional structure, delivering the obligatory passages of all Disney (intimate trauma, sidekick fun, cute characters…) with enough efficiency never to get bored. 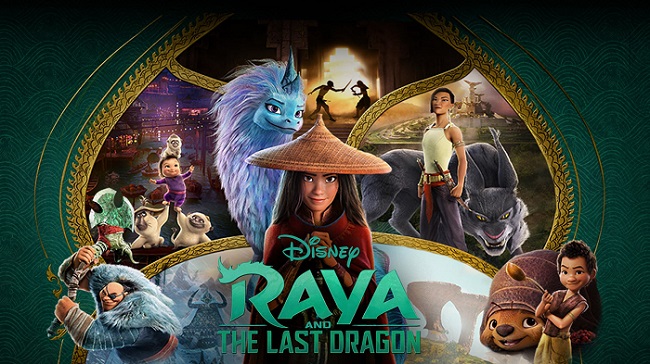 Definitely anchored in the twenty-first century, the film even allows itself to wring the necks of many gimmicks expected. Just like in Snow Queen, the heroine does not run after the love of a male protagonist, the villain of the story is not necessarily who we think. In addition, the film chooses nuance and complexity, instead of a stupidly Manichean opposition.

Hayao Miyazaki fans will be able to see in Raya the heiress of Nausicaa (heroine of the film Nausicaa of the Valley of the Wind, released in 1984), both in the visual development of certain sequences, and in the very purpose of the film. At the frontiers of fairy tale, ecological fable, adventure and buddy-movie comical, the film’s impact is necessarily diluted through these repeated changes of tone, but remains ambitious and visually stunning entertainment.

It will easily entertain adults and charm children / teenagers. The little ones may be left out this time, so much Raya and the last dragon remains a rather dark film in its course, with a few sequences that could potentially annoy children.

Raya and the Last Dragon marks Disney’s successful return to the original adventure. By offering a generous film, which offers new visual horizons and new themes resonating with our time, the studios touch the heart, and deliver a real beautiful adventure that will make the eyes shine – and the hearts beat – of (almost) the whole family. A pretty vintage then!

Where can I watch other Disney streaming?

There is only one place for it: Disney +. On the SVoD platform, all Disney and Pixar films are available, or almost. Whether to discover the adventure of Raya, or the stories of the other princesses of the studio, it is undoubtedly “the place to be”!