We can say what we want, in 2020 the Nintendo Switch will have had a lot of games, good and less good. 2020 is also marked by the release of two Baseball games on the Nintendo hybrid: Super Mega Baseball 3 and RBI Baseball 20. We are going to focus on the latter. After three very average opus, what is this 2020 opus worth? Verdict…

Once is not custom, RBI Baseball 20 offers us all the official licenses of the thirty teams of the Major League as well as their stadiums. Unfortunately, the content remains weak and we end up with the same content as version 19, namely:

Friendly match: here we can face the AI ​​or a local friend. In this mode, it is possible to select the number of rounds or the mercy rule (as soon as a team has at least 10 points ahead of its opponent, the match ends). The time of day and stage can also be changed.

Franchise mode allows us to take the reins of a team over ten seasons. When starting a new Franchise, we can activate or not the injuries and also choose whether we want it to be realistic, moderate or minor. This will have an impact on how long players are down. We can also choose whether we want a limit for player exchanges or not and finally the length of the season: from 52 to 162 games. The latter corresponds to the standard length of an MLB season. 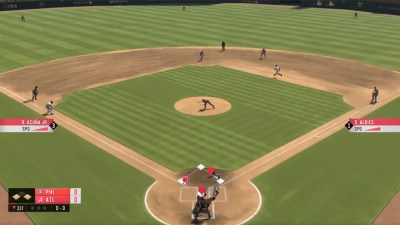 The Home Run Derby (or home run competition in French). Here we can also face the AI ​​or a friend. The goal is to complete a maximum of Home Run in the allotted time.

Finally, the “Eliminations” mode. This mode allows us to be part of the Wild Cards. These are the playoffs leading the top two teams to the World Series (these are the season finals).

Unfortunately, this new opus still does not offer an online mode, so we can only play locally with friends. 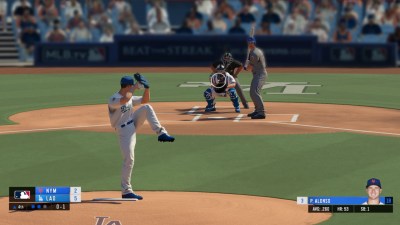 If the content has not changed an iota since the 2019 opus, the MLB Advanced Media teams have done work on the graphics. Indeed, this year we have better modeling of the players. Many improvements have also been made to various actions, such as base thefts or attempted withdrawals. Despite these improvements, the game does not impress either and on some cutscenes, we end up with some slowdowns. New cameras have also been added, especially during the launching phases and this is all the better for the immersion since the latter is positioned behind the launcher.

The big point of improvement of this RBI Baseball 20 is the gameplay. Indeed, on the previous games, we had a very arcade gameplay that was very difficult to learn. With this opus, the developers have integrated a modern gameplay which will be able to approach what we saw on Super Mega Baseball 3, but in much simpler.

Indeed, two keys will be necessary for the attack phases (or at bat if you prefer): the B button to strike and the A button for cushioning. 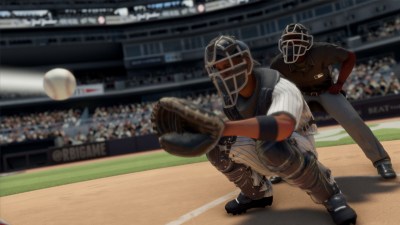 The launchers are also affected, since you will finally be able to choose between different throws which each have their effects. We can finally try to put the drummers in trouble.

The management of base runners has also been revised with this modern gameplay and here we end up with a gameplay à la Super Mega Baseball 3. With this modern gameplay, RBI Baseball 20 is very pleasant to play. Of course, it will take time to adapt, like any game of baseball, but once we have made our mark, there is the possibility of having a good time.

As for the previous opus, the game offers a very pleasant soundtrack made up of twenty songs.

There is however a black point about the technique: the loading times. They are long enough to get to the menu, but the most unpleasant is the loading times when changing attack / defense phases.

A quantum link has been established between two moving drones

Covid-19: France returns to national curfew, under the snow

Baboons have different accents depending on their social group

Virus: more than two million dead, WHO wants vaccinations in all countries

A quantum link has been established between two moving drones

Covid-19: France returns to national curfew, under the snow

Baboons have different accents depending on their social group

Virus: more than two million dead, WHO wants vaccinations in all countries