RemotePC by iDrive not only offers excellent remote control of your desktop (even Android devices!), but can also use the company’s online storage service (optional) for backup. Fast and feature rich with multi-OS support plus conferencing (Zoom, Skype, etc.) for only $10/year.

Having reviewed the iDrive online backup service several times over the years, I am familiar with the company’s penchant for multi-functional efforts. And RemotePC, which can use iDrive for backup, is the most feature-rich remote desktop software on the planet. I like the attitude – if it can or should be done, let’s just do it.

Note. This review is part of our roundup of the best remote desktop software. Go there to learn more about our competitive product evaluation and comparison process./

Even when it comes to the basics, RemotePC plays in the big leagues. It supports both client/server access using locally installed software and web access from your browser. You can also invite others to one-time sessions. RemotePC also doesn’t rely on web access to support a variety of operating systems: there are servers for Windows, macOS, Linux, and—very unusually—Android. In remote desktop jargon, a server or host is software onboard a device that allows you to control it.

Android management can be insanely handy for finding your lost phone. Access it from your PC and make the phone make sounds (play ringtone or change ringtone) so you can find it. Don’t ask me why I immediately thought of this… 😉

Most remote desktop programs only provide Android (or iOS) clients/viewers with which you can control your remote devices. Unfortunately, there is no server/host for iOS.

Home screen of my Android phone in a RemotePC web session. If you have lost your phone, use RemotePC and make it make some noise.

As mentioned, iDrive is famous for its top rated online backup and storage (it’s one of our top picks for the task) and the company uses the service to back up computers/devices with RemotePC installed. It costs an additional $60 per year (only $6 the first year), but is very generous in terms of capacity at just 3TB. This should be enough for almost any end user, even when protecting multiple PCs. This tool requires iDrive 360 ​​to be installed. 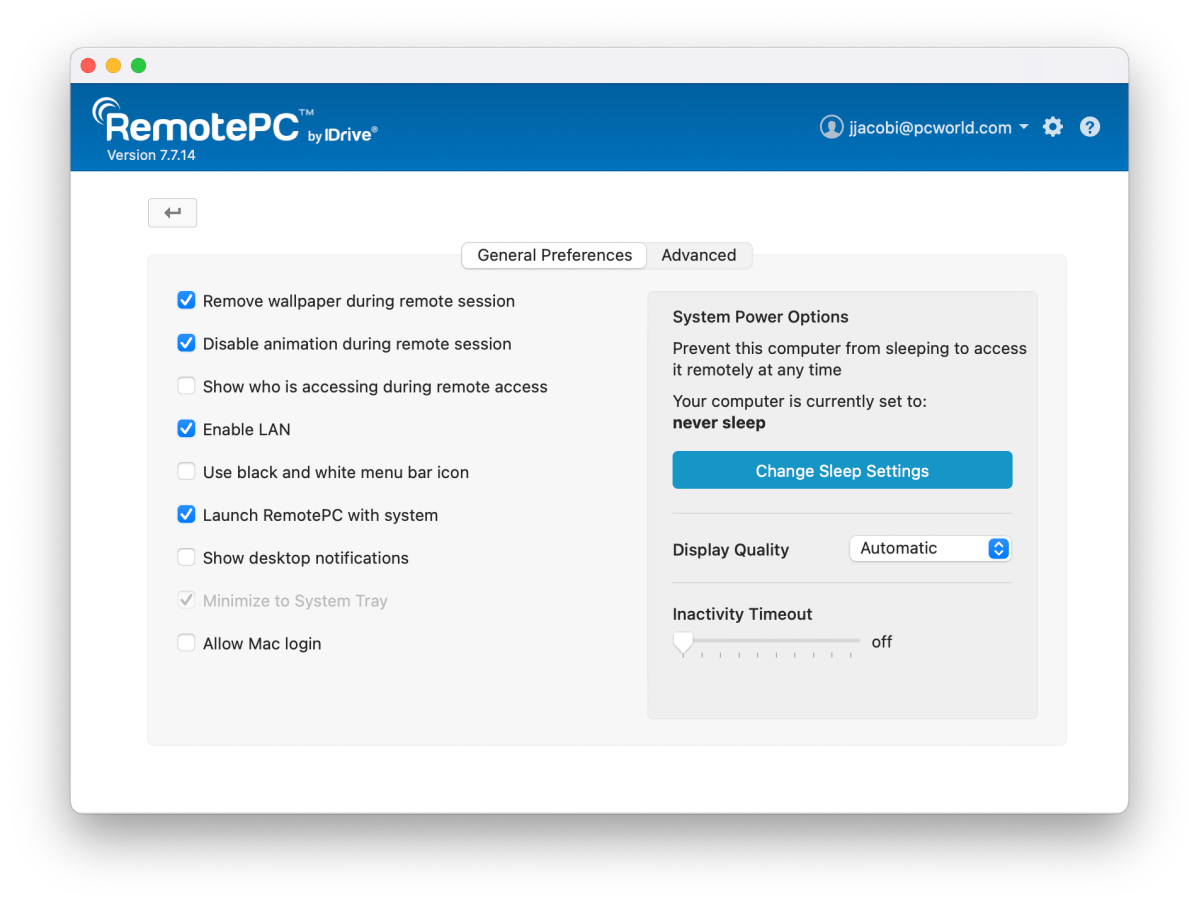 RemotePC is embarrassingly feature rich. Here are just a few of the highlights: support for multiple monitors with mapping to local displays; drag and drop files between local and remote computers; screen recording; remote sound and printing; interactive whiteboard (drawing on the display) and chatting; as well as screen capture of remote sessions.

RemotePC also offers online meeting capability, although like iDrive backup, it costs an extra $10 a year, which is pretty cheap. Cheap but also competes with free solutions like Zoom and Skype. This is a difficult market segment.

RemotePC also makes it easier to work with Windows RDP (remote desktop protocol introduced in previous versions of Windows). The software provides agents (an interface to a Windows service) for all RDP-enabled versions of Windows, as well as a viewer for both Windows and macOS. It’s $10 per RDP computer per year.

Why would you want to pay for something that is otherwise free? Ease of use. The RemotePC version offers portal-based connections and group management so you don’t have to set up firewalls or routers.

RemotePC is not free, so it will probably only be of interest to users with ongoing remote desktop needs, not those looking for the occasional one-off. I tested the Soho plan, which is $79.50 per year for 10 PCs, but the $39.50 two PC plan is probably best for most people. There are also bigger plans for large enterprises and enterprise-class businesses. All discounted for the first year. See below.

Note that the number of computers in each plan is the number of computers that can be managed. As with all services, you can install and use the client on any computer. All currently available plans and associated discounts for the first year are shown below. As noted, iDrive backup, RDP support, and meeting support are separate add-ons. 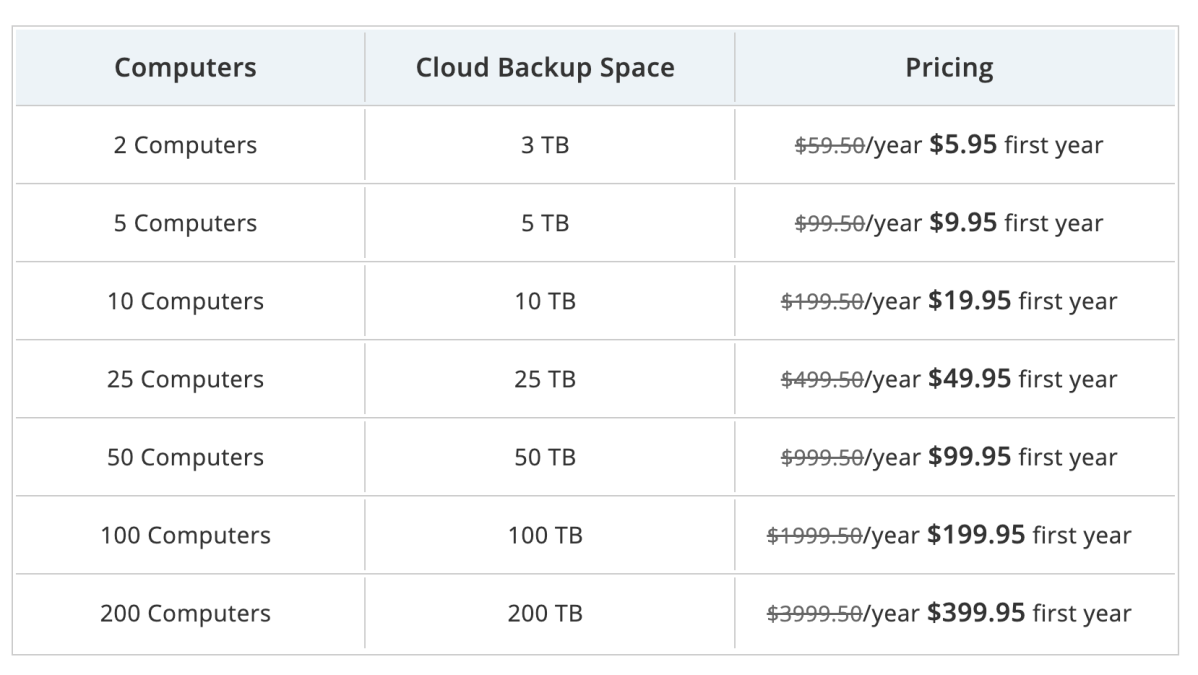 iDrive highlighted the performance aspects of RemotePC for me. And in my experience it was clear that this is a priority. Connections are made through the iDrive web portal, but after that, communications take the shortest route. This made RemotePC pretty awake with both my LAN and internet sessions. The speed with which the RemotePC connected and transferred files was excellent, and navigating menus and windows on the remote PC was extremely easy. 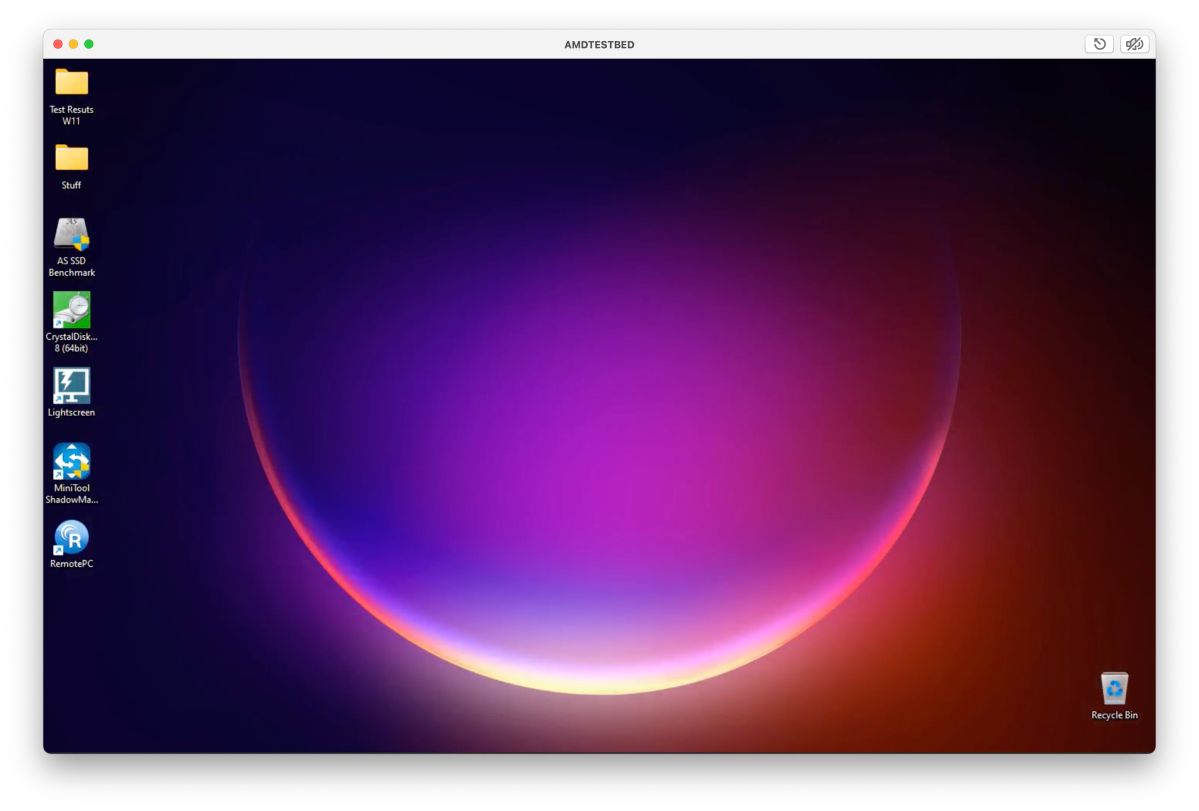 Controlling our Windows 11 testbed from the macOS version of RemotePC. Pay attention to the disabled speaker icon in the upper right corner of the frame. Turn this on and you will hear audio from the remote computer.

I can’t tell if RemotePC is the fastest RC program I’ve used, but it’s pretty damn close to TeamViewer – overall the fastest in my experience. The same connections using Microsoft and Chrome’s remote desktop software were significantly slower, though still quite usable. However, this was from macOS, so the state of local GPU driver support is suspect. I was also impressed with the quality of the RemotePC sound played from, um… the remote PC.

The control performance of my Android phone was decent, though not perfect. There were occasional scrolling issues and the connection wobbled a few times. But, as I said earlier, the fact that RemotePC can do this at all is very convenient. I actually used it to find my phone once.

Excellent in every way

Of course, there are free remote solutions, but RemotePC offers so many extra features (free and paid) and works so well that I would recommend it even to the average user if the free stuff is disappointing. Of course, it should be on the shortlist of any IT department. In truth, he probably deserves more than a 4.5. Add iOS controls and we’ll talk.