In the summer, there are those who fill out their holiday notebook or learn to ride a surfboard. Others have decided to improve their video game techniques. For them, game courses are organized under the guidance of coaches. They accompany them to perfect their strategy, their tactics… but not only. Students will also learn when to stop and rest so they don’t argue with sleep anymore. Because who wants to go far, save your controller. Better gaming hygiene rules that will allow you to level up and maybe one day excel in esports.

Cybersport is a booming field today. Behind this term are tournaments that collect thousands of online views or gather fans in entire stadiums. According to the association France Esports, contacted by franceinfo, the sector today weighs “a turnover of several tens of millions of euros in France and has more than 1.5 million players participating in competitions, regardless of the game.” Sponsors are now buying up the best teams. Connoisseurs of discipline are accepted even at the Elysee Palace, as it was a few weeks ago with the streamer ZeratoR or Kameto, the CEO of the Karmine Corp structure, which has a number of victories in France and abroad.

Vitality, another stable of players, one of the most successful on the continent, offers esports courses in the heart of its Parisian headquarters. These courses are offered to young people aged 12 and over on successful games such as Fortnite and Rocket League. In a welcoming room filled with glowing center blocks, terms such as “map”, “creative mode” and “scenarios” merge. “At the top, you perform the action as quickly as possible. If there are errors, it doesn’t matter, the goal is to respond to an external stimulus,” says Indiana Faugier, Fortnite coach, to one of her wards.

The training also includes getting to know the various professions of esports, the player, as well as the manager or communicator. Some players already dream of becoming champions, others just want to progress like Rubben. “I really enjoyed playing and improving,” says the man who came from Lyon for the occasion. Within a week, paying €280, he even had the opportunity to face Janis Champenois, also known as Alpha 54, the reigning Rocket League European champion. Memories are also part of the course. With graduation bonus and Team Vitality professional jerseys. 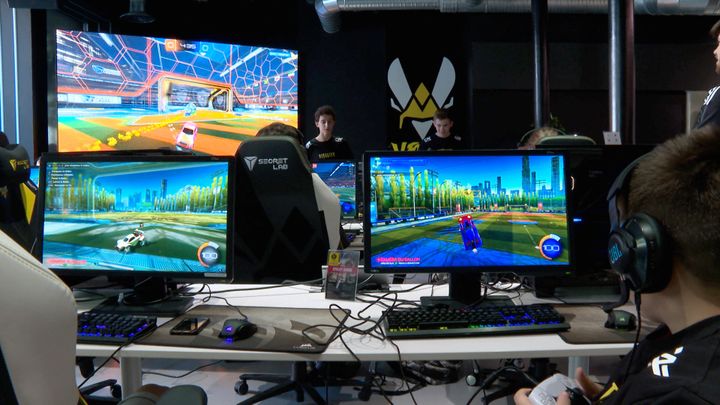 The internship week is held for five in the morning and costs 280 euros. (FRANCEINFO)