Resident Evil 8 Village is coming out soon. Find all the information on the new component here. Release date, story, gameplay and trailers, we tell you everything.

Resident Evil 8 Village is one of the most anticipated games of 2021. Fans of the franchise have been waiting for the next installment for almost four years, which will be a direct sequel to Ethan’s adventures. As a reminder, Resident Evil 7 is the best-selling I in the history of the franchise with 9.7 million copies sold worldwide.

We change the decor and location in the sequel, as the name of the game evokes. For a long time, Capcom remained stingy in details, but things have changed a lot since the announcement trailer released during the presentation of the first games from the PS5 in June 2020. We’ve gathered all the info on Resident Evil 8. Trailers, history, release date, here’s everything you need to know.

Resident Evil 8 Village release date: when is the new installment coming out?

Capcom has already announced the release date of Resident Evil 8. The game will be released on May 7, 2021 sure PS5, Xbox Series X and S, on PC, but also on previous generations of home consoles. If you have a PS4 or an Xbox One, you will be able to play it just like the lucky ones who were able to afford the new consoles from Sony and Microsoft.

In November 2020, Capcom suffered an attack that leaked several information about the game. We learned in particular that Resident Evil Village would be released in April 2021. The information is ultimately not the right one, but it was not necessarily wrong when uploading data stolen by hackers.

What is the story of Resident Evil Village?

The history of the game is no longer a secret, and again, this is in part thanks to data collected and published by Capcom hackers. In December 2020, we thus discovered the overall plot of the next Resident Evil. It is a direct continuation of the previous part. So we find Ethan Winters after his adventures in RE 7.

The story takes place a few years after the events of Resident Evil 7. This time around, Ethan is no longer struggling with Evelyne holding his wife Mia captive. Even less with the Baker family. We know that the character will evolve in a lost village in Romania, hence the name of the game.

He will try to save his kidnapped daughter, apparently held captive. The game will take place mainly in a mysterious chancel where we find among others the great Lady Dumitrescu, one of the villains in the game.

How do I play the Resident Evil 8 demo?

On January 21, 2021, during the Resident Evil Showcase, Capcom opened a demo of the game called Maiden. This is completely free and you don’t need to buy anything or have pre-ordered the game. Unfortunately, only the PS5 is eligible. If you have the console, you can test Resident Evil 8 Village. 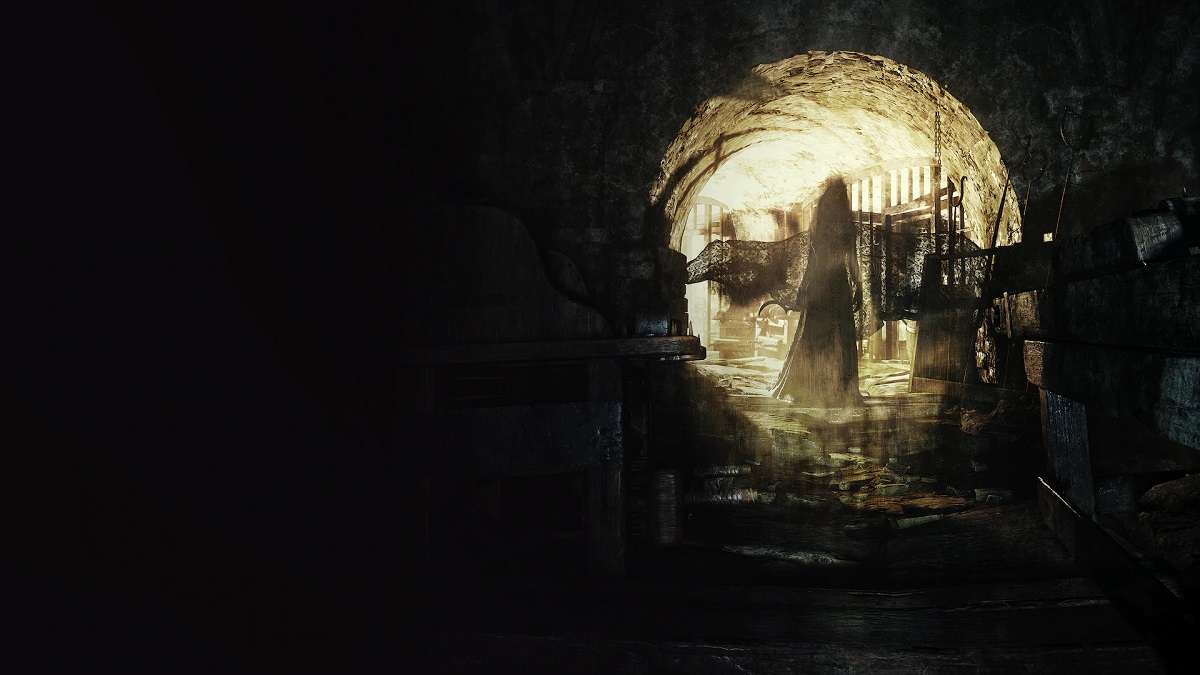 In this test version downloadable from PlayStation Store, you “ immerse yourself in the world of Resident Evil Village by slipping into the skin of a young woman. Overcome your fears to overcome horror and finally find the light ».

Who is Lady Dumutrescu in Resident 8?

Since the release of the Resident Evil Village demo, Alcina Dimitrescu alias Lady Dimitrescu caught everyone’s attention. Responding to the positive feedback, the official Resident Evil Twitter account thanked fans for their enthusiastic response to the new character and revealed one detail that was already fueling curiosity. Lady Dumutrescu has an impressive height. 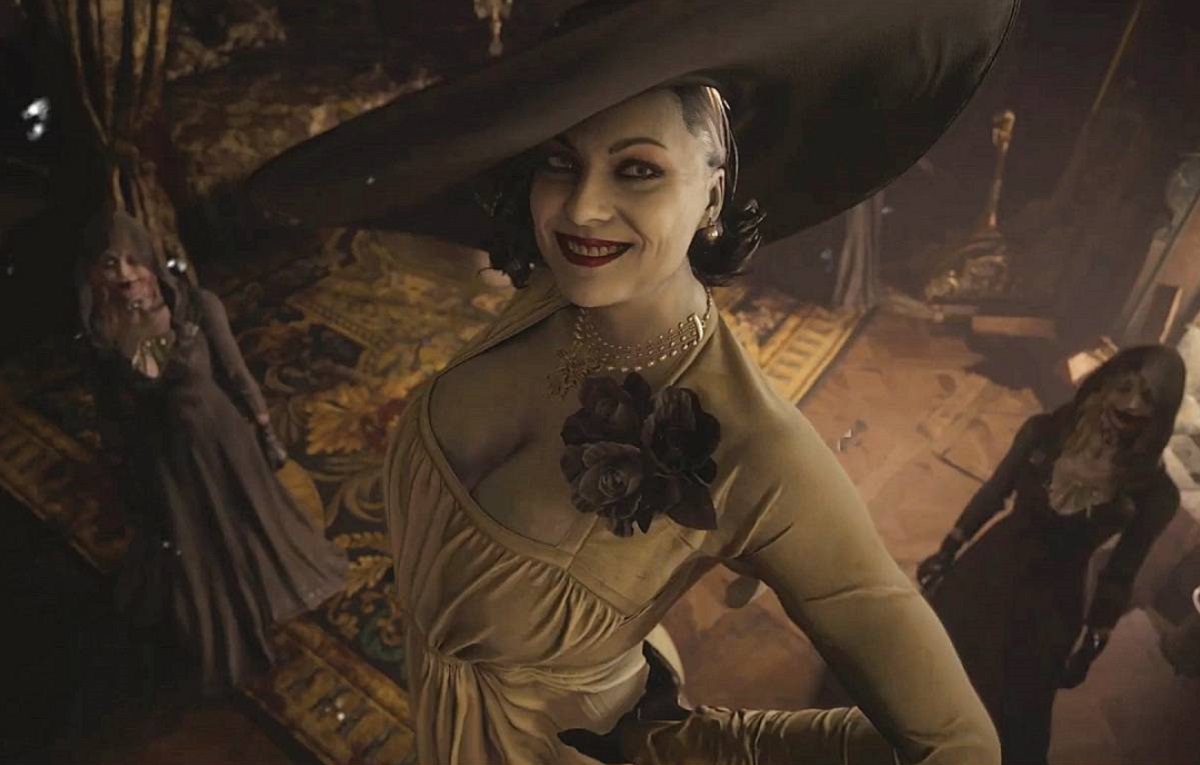 “Lady Dimitrescu and her daughters have received a lot of attention, more than we anticipated. It’s great that they are able to steal the show as icons of Resident Evil Village (…). I heard that its size aroused a lot of curiosity ”, said Tomonori Takano, the game’s artistic director.

” If you count her hat and high heels, she is 2m90. These haunting, vampiric characters pursue Ethan relentlessly and I can’t wait for you to meet them firsthand when you enter Dimitrescu Castle next May ” he added. 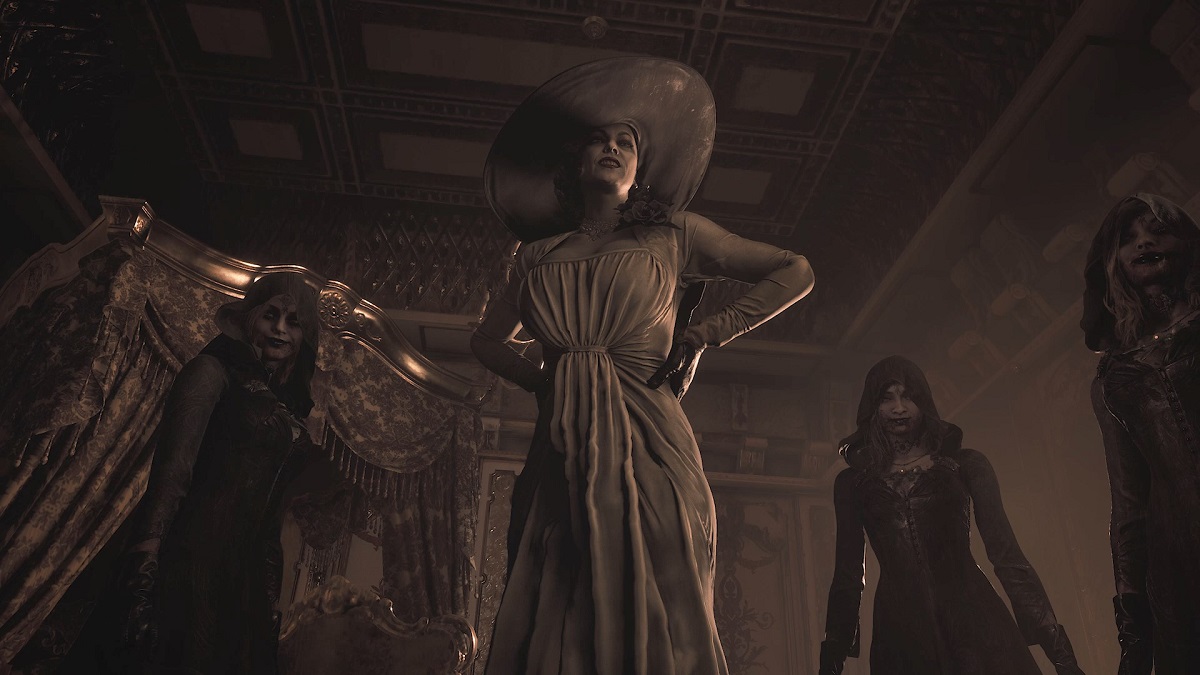 The few trailers unveiled so far allow us to get a glimpse of the atmosphere of the game. The first person perspective returns, with a dark and brooding atmosphere, especially in the castle which is one of the two environments. ultra-featured in Resident Evil 8.

The village from the outside looks very open, as snowy as it is. Many antagonists will stand in your way, in this case those pesky girls, including Alcina Dimitescu herself. The gameplay will remain quite close to that of Resident Evil 7.