– Lengths that can be embarrassing: dialogues that sometimes span over a hundred pages.

When Terry Goddkind wanted to go into a genre other than fantasy, he turned to the thriller…fantasy! A great idea and a good bet for an author who continues to take us far, helped by his unique pen and his crazy ideas.

Evil has its own nest – it hides in the depths of the Net. What would you do if you could look evil in the eye? Wherever you hide, he will see you. And it can break you. But evil has its own place. Just find it.
Kate Bishop lives and works in Chicago. She thought she was an ordinary woman, until the day when, despite her participation in the investigation of the murder of her brother, she discovers that she has a gift: the ability to recognize criminals by looking into their eyes. But this gift is also a curse: it makes her a target. Horrified by this revelation and its implications, Kate contacts Jack Raines, a mysterious writer who claims to be the only one who can help her. He has obscure connections on the dark web. When a horde of vicious, bloodthirsty killers, a kind of super-predators, rushed after her, Kate must fight for her life. But she is still unsure of one thing: is Jack her salvation or another killer who came to stab her?

Author Terry Goodkind introduces us to a dark story marked by his pen and his brilliant ideas that we will recognize among thousands. There’s more fantasy here, even if it’s a subject where the magic keeps breaking through. The thriller is both fantastic and violent, hard and hopeful. We find his long explanatory monologues, his charismatic characters, his effective descriptions and his unique atmosphere. Everything is good and exciting.

We feel real anxiety when reading this novel, especially because of the topics covered and the evil that it exudes, or because of the sheer violence and deadly scenes described. Luckily, there are also loving figures, lifelines to cling to.

The reader is inextricably attached to both characters. The male figure is reminiscent of the avengers in the shadows, or of a potential Richard Rahl (the character of The Sword of Truth, another author’s saga), driven by high ideals of justice and ready to do anything to save his guard. The very image of light, it sparkles in the dark: the reader sees only him and follows him with envy and passion.

Her companion loses her power while she has all the traits that could bring her to the forefront of the stage: smart, thoughtful, strong, courageous, pragmatic. Unfortunately, she talks less than her partner, which makes her more cautious, too much. Its essence and charm are diminished. The end restores her when she has to endure certain shames alone, which is good in the end. Especially since his incredible strength, his ability to stab modern criminals, fascinates us from the very beginning.

They form a devastating and breathtaking duo that is a pleasure to follow. Jack strengthens Kate, teaches her everything he knows, and never leaves her. For her part, Kate represents the last hope to destroy the evil that Jack has been trying to destroy for years at all costs. From woman to teammate, from teammate to gun, from gun to menace.

Lengths that may interfere

Its early fans will find their way there, while others will no doubt suffer from the length of dialogue that prevents the action from taking hold, or from the overly lengthy and detailed explanations scattered throughout the novel. Double-edged style in an action movie, especially because the suspense is delayed when the characters are discussing. Sometimes the discussion drags on for a hundred pages, an infernal feat and a kind of audacity that few of the authors manage to perform.

However, the content of the exchanges is fascinating: careful research has been carried out both on the history of the crime, and on humanity and the evil that gnaws at it. As a historian, Terry Goodkind shares with us his intuitions and ideas about the future, crushed by darkness. Scientific dissertations, military analyses, IT treatises, fiery speeches about the origins of murders, comments about attacks by web hackers or digital defenses, explanations about Kate’s abilities, self-defense courses … A number of fascinating topics are approaching, a lot of knowledge. dissected.

Although these dialogues are full of nuggets, they seem unrealistic in their construction. It’s hard to imagine that fairly ordinary people talk the way they do and pour out so much when they barely know each other. Bias taken from literature and beautiful words, not plausibility: a choice that the author assumes and on which he plays. You get used to the pages, and pleasure takes its place. Spent sentences are read smoothly.

The addition of powers brings a welcome touch to a thriller that could have seemed, if not trite, then at least unoriginal, despite its terrifying, violent, and unsettling sides. Thus, Terry Goodkind departs from the beaten track of the genre to follow the rules in his own way.

Thanks to the details provided by Jack, these powers seem more real than life! Bordering on science fiction with its detailed explanations, the work represents an evolution of humanity that would help create a stronger species dedicated to defeating evil. A wonderful invention that we would like to see implemented.

where to find it 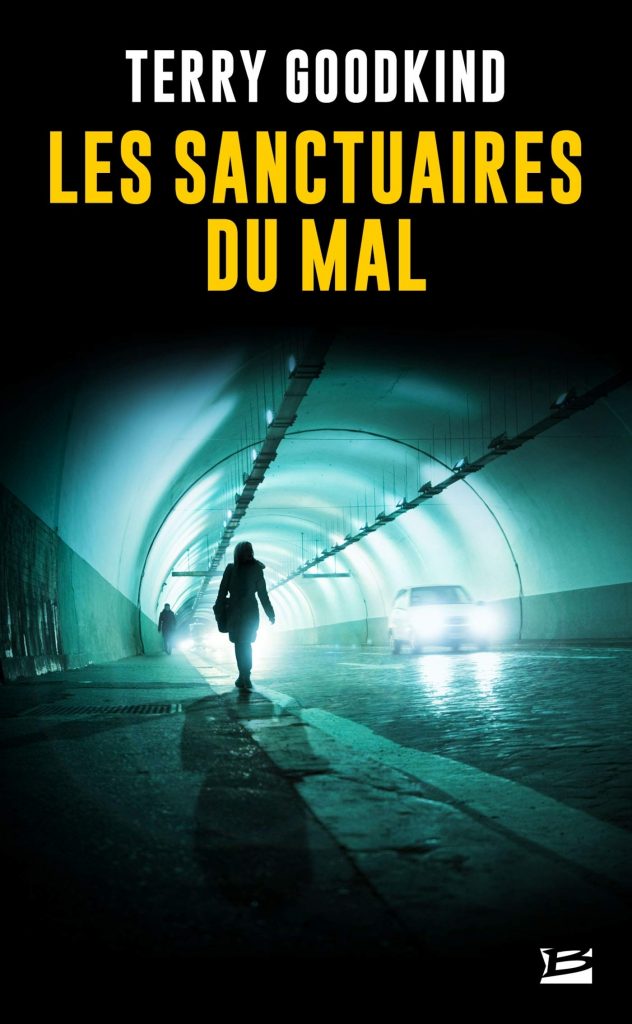