Scaleway’s fifth data center emerged on the site of a former La Poste sorting center in 2018. With a surface area of ​​16,000 m2, the DC5 in Saint-Ouen-l’Aumône (Val-d’Oise) looks like any industrial warehouse from the outside. However, the security lock and the barbed wire all around the property quickly put us in our ears.

In operation for two years, the site has not yet reached its maximum capacity, since of the 11 possible deployment stages, only one is operational, and two others are in the process of being extended. “The more we sign, the more we deploy,” summarizes Arnaud de Bermingham, who took part in a visit to the site this Thursday. The president and founder of Scaleway (ex-Online) testifies to a flourishing business for cloud computing, an already well-established trend that the health context of Covid-19 has only reinforced.

It is also on this same DC5 based in the Paris region that the Iliad subsidiary has just announced the opening of PAR2, its second availability zone (AZ) in Paris.

According to Arnaud de Bermingham, the technology deployed in this data center in the Paris region is “unique in the world”. Proven for two years, the adiabatic cooling system deployed by Scaleway has been patented, the company thus hoping to convert, in the future, other of its data centers in Paris, Amsterdam and Warsaw.

Everything, including the architecture of the place, has been tailor-made to accommodate such a system. Four years of R & D were necessary to succeed in solving the many brakes which quickly imposed themselves on engineers. “Of the thirty or so initiatives of the past ten years, all have failed,” noted Arnaud de Bermingham. 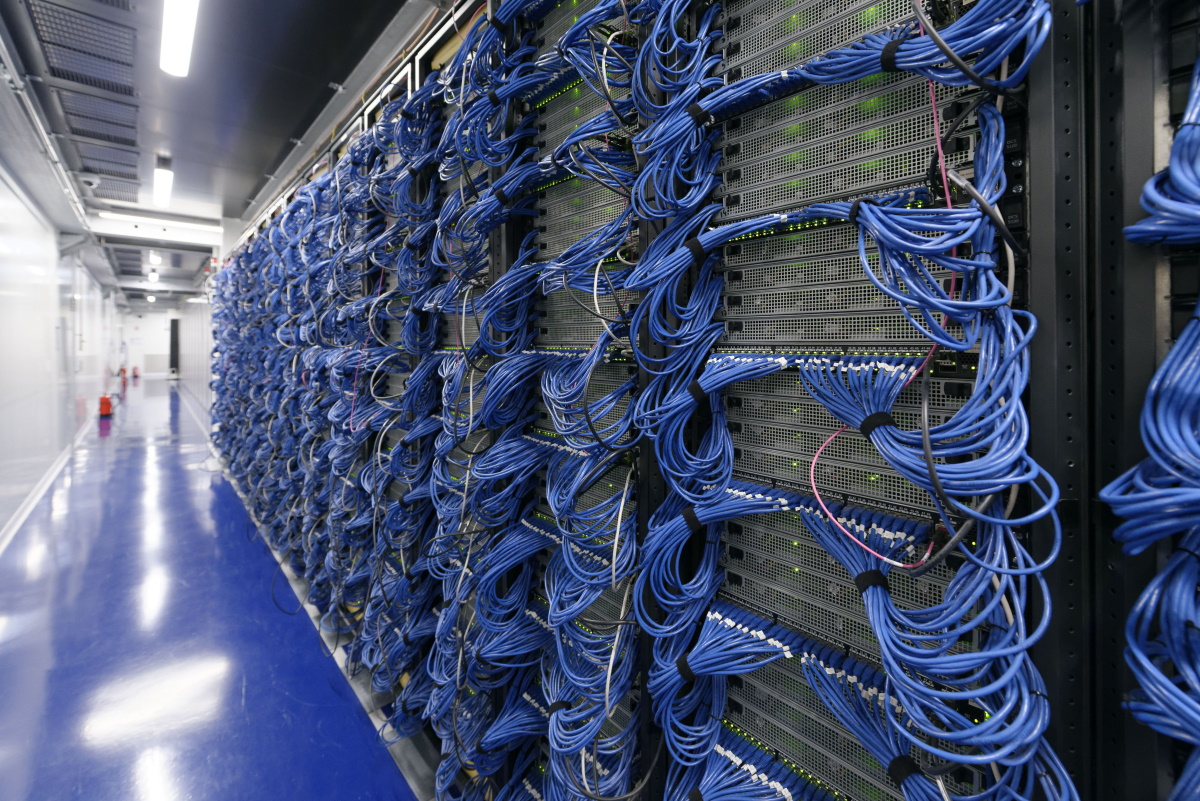 The air coming from the outside is sucked in by the servers then passes through all the electrical components before being released hot on the other side of the machine. This hot air is blown out.

The real challenge is above all the management of heat peaks, and especially heatwave episodes, like this summer, when 38 ° C was reached for four days in a row. “It was the stress test,” says Arnaud de Bermingham.

When the outside air temperature exceeds 30 ° C, that’s where innovation comes in. The adiabatic system consists of using the evaporation of water to lower the temperature inside the room where the servers are active. In fact, Scaleway manages to cool the room to 9 ° C with 2 grams of water. “The whole challenge was to take this principle of simple physics and industrialize it”, underlines Arnaud de Bermingham. 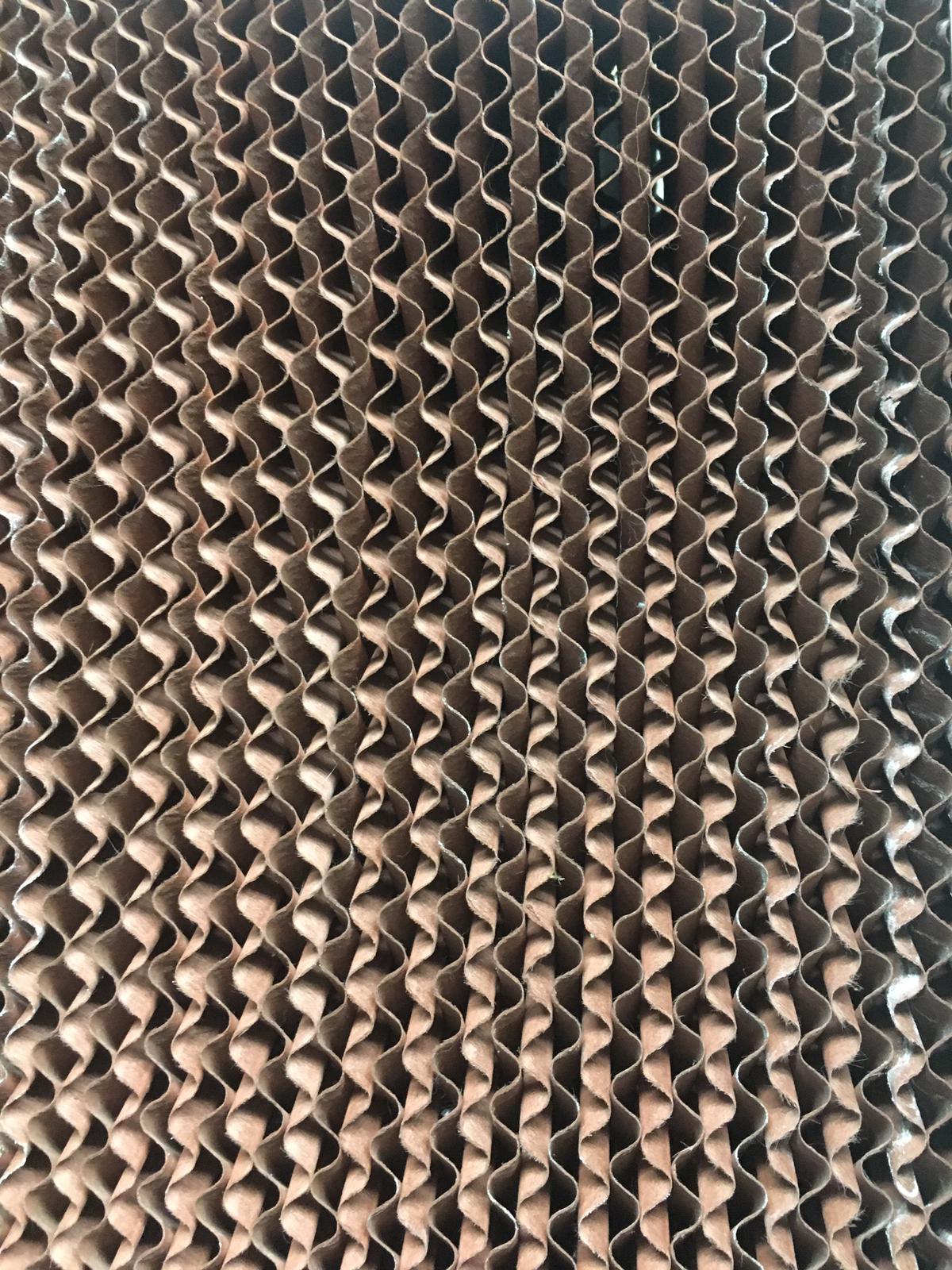 When the temperature exceeds 30 ° C, water is diffused on cellulose walls by capillary action, before evaporating to cool the system.

In the same way, when the temperatures are too low, it is necessary to heat the room by recovering this time the hot air produced by the servers and stored in the “hot” partitioned corridor in the center of the room.

At the heart of the device, an autonomous machine controls the entire system and monitors all the data collected in real time, to act accordingly and redistribute the hot air mixed with the outside air, when necessary, and activate the evaporation system for hot weather. 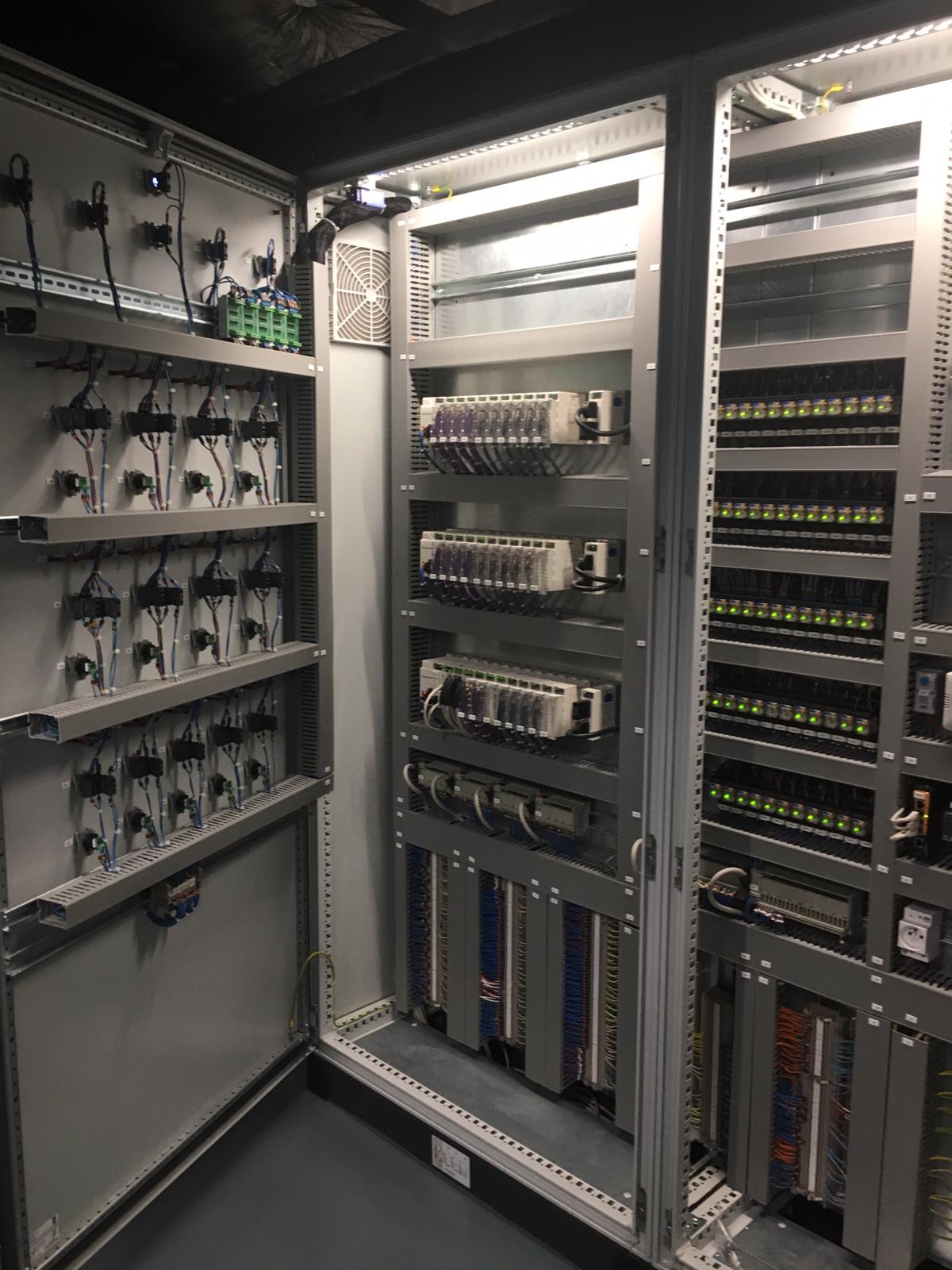 This machine operates autonomously and manages all system data.

Temperature is not the only risk engineers face. The Scaleway team also looked into the quality of the water (the company was forced to set up an osmosis unit to recover pure water) which could make the air corrosive and damage the machines. .

Another major obstacle: the customers themselves. Many prefer to entrust their data to hosts who promise to maintain a thermostat around the 20 ° C mark, even if the data centers can withstand between 15 ° C and 30 ° C without problem, raises the president of Scaleway, who estimates that, for all these reasons, the data center market remains “extremely slow to transform”.

If the bet is risky, the game is worth the effort. This technology allows DC5 to consume up to 40% less energy compared to most data centers using an air conditioning system. DC5’s energy efficiency indicator (PUE) stands at 1.15, when the vast majority of data centers rise to 1.55 on average, the president notes.

If data centers are “the breeding ground for digital”, they also concentrate “almost the entire digital footprint”, underlines Arnaud from Birmingham. With its DC5 project, the infrastructure supplier wanted to “think differently about the use of energy to do without air conditioning”, he explains.

Scaleway, which has also just opened a sixth data center in Poland, intends to continue its development in Eastern Europe, a growing market since “the cloud shock has not yet happened”, notes Arnaud de Bermingham. .

The president of Scaleway is also betting on the deployment of the sovereign cloud. “There’s no reason we can’t do it. We have to think global and not remain Franco-French. As such, the French supplier is seen as a partner in the European Gaia-X project, launched a few months ago.

Asked about the prospects for ARM architecture, Arnaud de Bermingham was just as optimistic: “I only think good things about it”, he enthuses, evoking the energy argument and the competitive aspect, on a market trusted by Intel. He recalls that Scaleway was the first cloud in the world based on ARM, even if the subsidiary now works extensively with AMD.

After dropping Libra, PayPal announces support for cryptocurrencies on its payment network

iPhone 12 benchmark results – Android phones should just give up now

Microsoft increases its presence in satellites

Luko, the neo-insurance which offers its policyholders teleconsultation monitoring

Amazon places its workforce in telework until June 2021

Brexit: time is running out to comply with new data rules

Good plan: board games on sale on Fnac and Amazon –

After dropping Libra, PayPal announces support for cryptocurrencies on its payment network

iPhone 12 benchmark results – Android phones should just give up now

Microsoft increases its presence in satellites

Luko, the neo-insurance which offers its policyholders teleconsultation monitoring

Amazon places its workforce in telework until June 2021

Brexit: time is running out to comply with new data rules

Good plan: board games on sale on Fnac and Amazon –