Developed by Bandai Namco Studios Inc. and published by its Bandai Namco Entertainment division, Scarlet Nexus was released on June 24, 2021 on PS4, PS5, Xbox, and PC. It is an action-RPG in a manga and dystopian universe. What a pleasure to dive into a new universe designed for new generation consoles. When it was first announced, Scarlet Nexus had some serious advantages. A neat universe, dynamic fights and a unique graphic style. Have these promises been kept? Response through our full test (on PS5)!

Without revealing or spoiling anything, the adventure is located in the distant future where humans have developed extra sensory powers. Some are more powerful than others and are called “psionics”. Good thing because the world is invaded by creatures called “the Others” who like to feed on human brains. This is why the BEA (Others Extermination Brigade) was created.

From the launch of the game and after an introduction worthy of the best shōnen, you will have the choice between starting the adventure with Yuito Sumeragi, from a prestigious line of politicians or with Kasane Randall who was recruited by the BEA thanks to his power. pure. The choice is very important because it brings two different visions on the scenario. The two protagonists do not offer the same gameplay. A nice way to support the lifespan and diversity of the game. 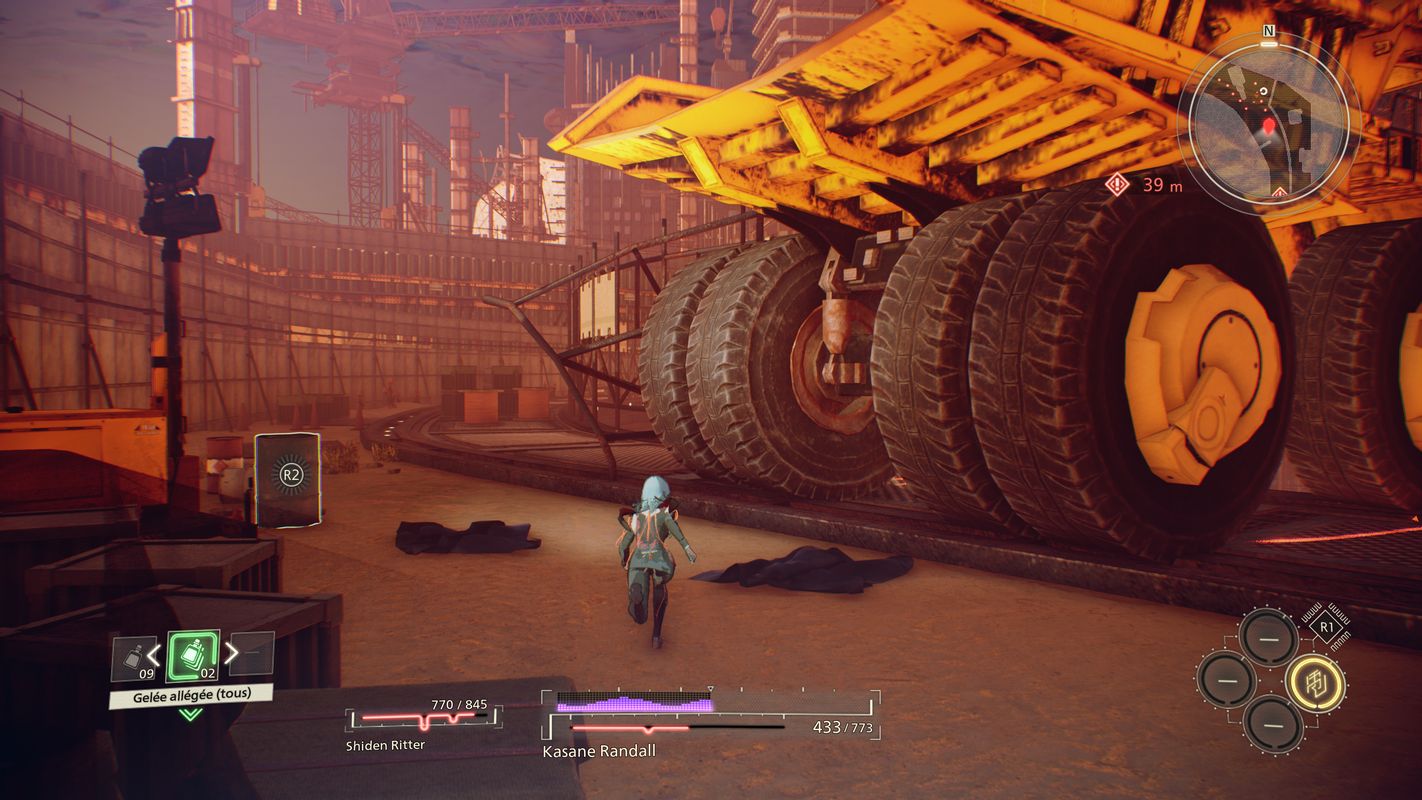 Joystick in hand, Yuito plays the accessibility card, that is to say that his big sword will facilitate the gameplay a little because he will be able to clean the infested areas more easily. Kasane leans on the “technical” side because the flying knives around her have a short distance but her psionic powers are more developed.

The universe is not cyberpunk but ” brain punk That is, brain power is at the center of everything. Néo Himuka which is the scene of this adventure crystallizes a society where everything is connected even beyond new technologies to the point where brains are able to enter into communication in direct voice. 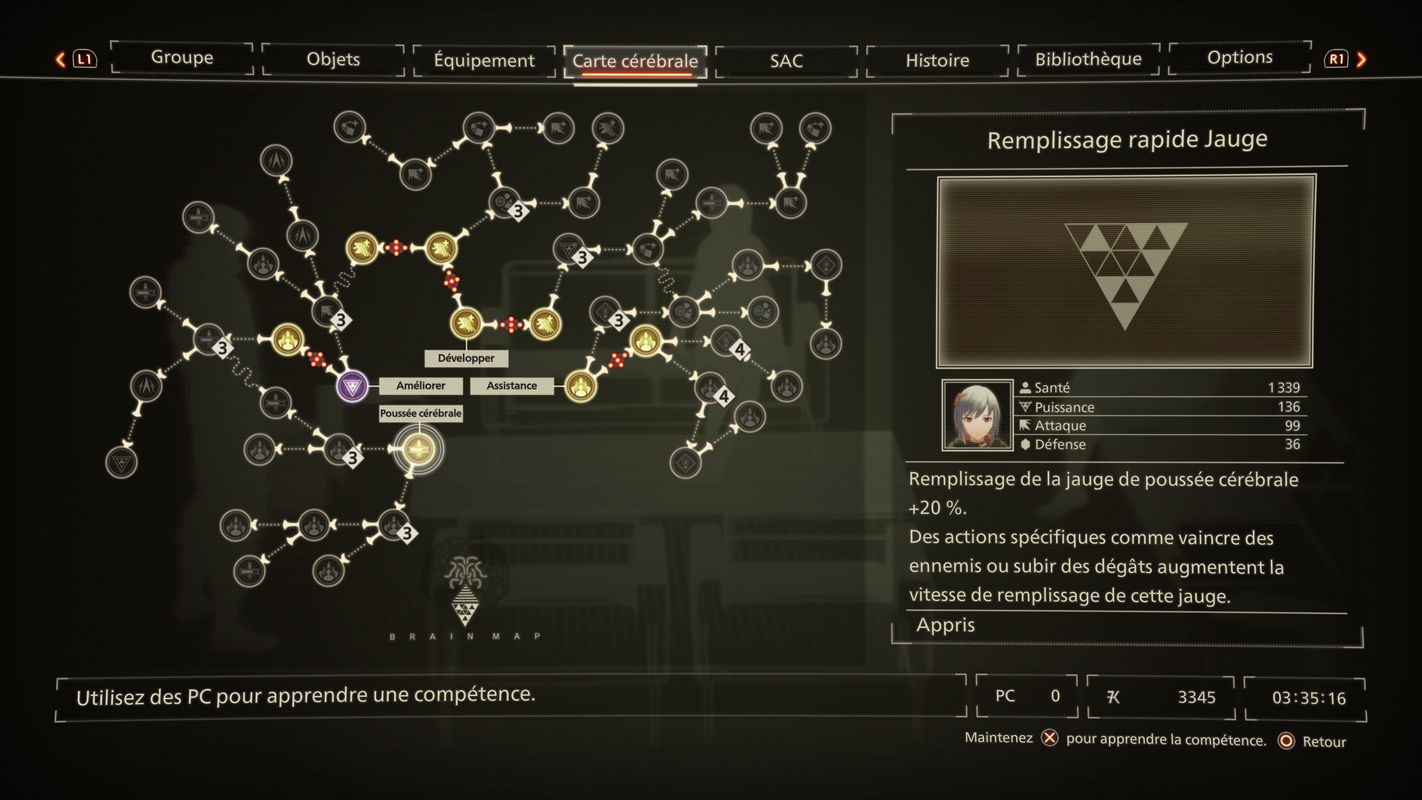 The characters can talk to each other thanks to the SAC system which will be quickly introduced to you. This system will also make it possible to borrow the power of each one but we will come back to this. If you know the manga “Enen no shouboutai” (Fire Force in French), Yuito and Kasane evolve in BEA brigades made up of several psionics each with a squad leader. These brigades carry out protection missions for the population but you will quickly understand that they do not all share the same intentions.

Not to mention the land which is on the verge of a cataclysm, the brigades will have to adapt and adopt new strategies. Even if the scenario struggles to fall into place at the beginning, the discoveries will delight you.

All the magic of Scarlet Nexus therefore resides in the SAC. Yuito and Kasane have psionic powers that allow objects to gravitate around them and launch them at enemies with the R2 button. These attacks are much more powerful than regular attacks but consume the psychokinesis gauge. Some much larger objects can trigger scripted attacks with the most beautiful effect thanks to L2. 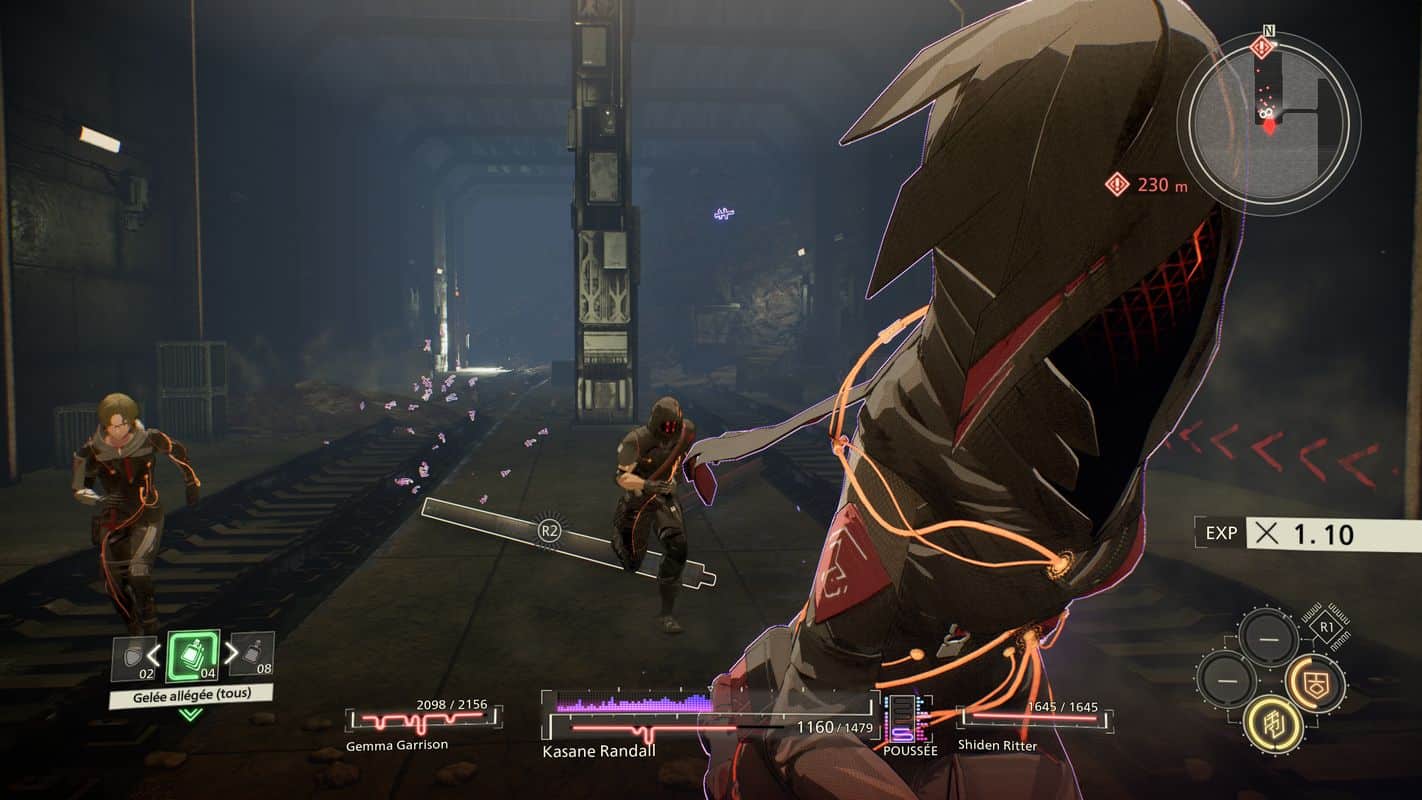 I will not mention all the powers to preserve the surprise but I will gladly talk about those which already appeared in the demo version of the game released in May 2021. You will have the pleasure of fighting thanks to the psychokinesis of Yuito / kasane but discover the sclerokinesis (protection) of Gemma Garrison, the pyrokinesis (fire damage) of Hanabi Ichijo, the invisibility of Kagero Donne and the hyper velocity of Arashi Spring.

To activate a power, just press R1 and the corresponding button in the middle of a fight (Square, Circle, Cross and Triangle on PlayStation). The BEA brigades bring together a squad of several combatants and this is where the SAC takes on its full dimension. Thanks to a cable previously installed between them, you can borrow powers and use them on enemies. Others too fast for you? Put Arashi Spring in your squad and summon his hypervelocity. You will then have the speed to rub shoulders with unwanted people who were untouchable until then. Thrown a full tank of water at an enemy and inflicted a “Soaked” status condition? Summon the power of Shiden Ritter and his Eletrokinesis to shock him. Do you get the point? 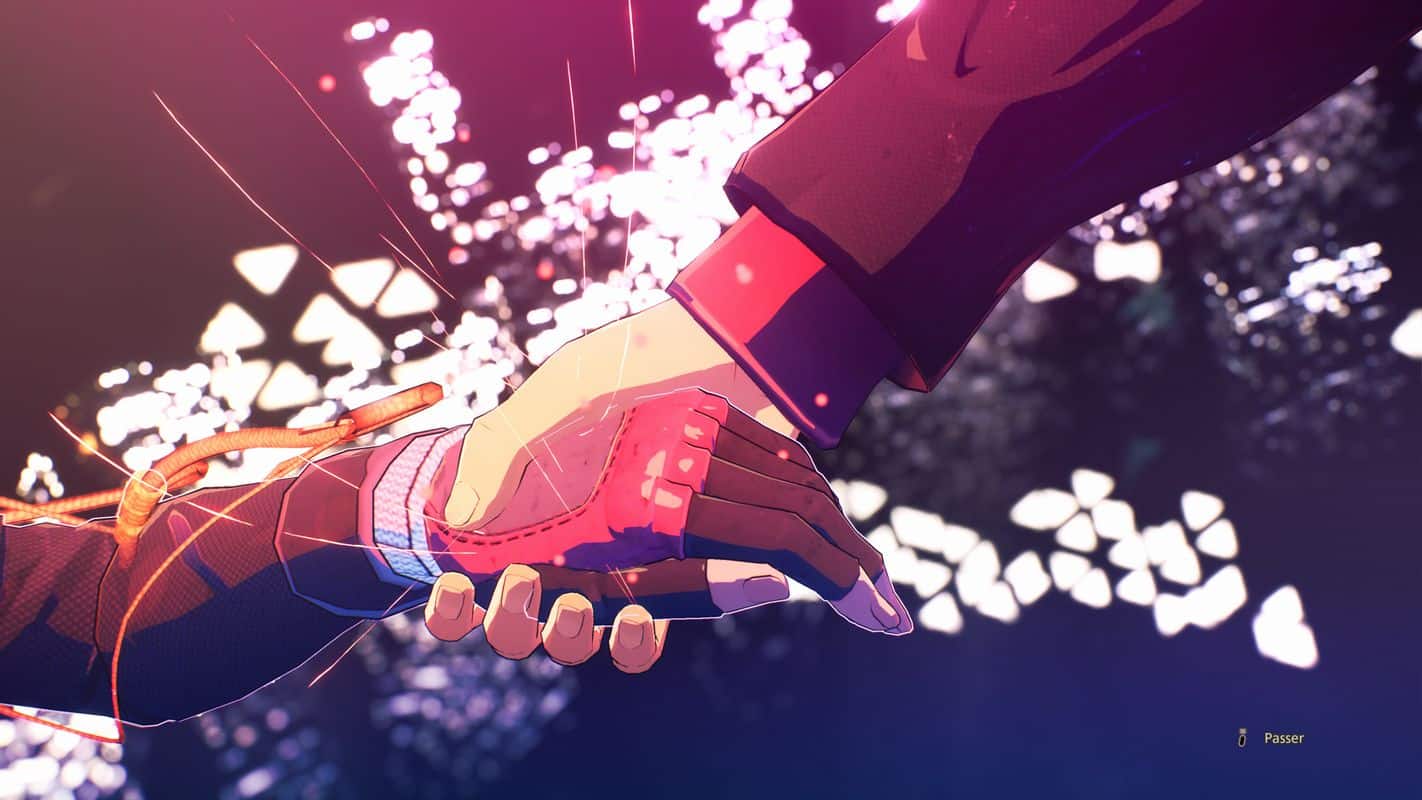 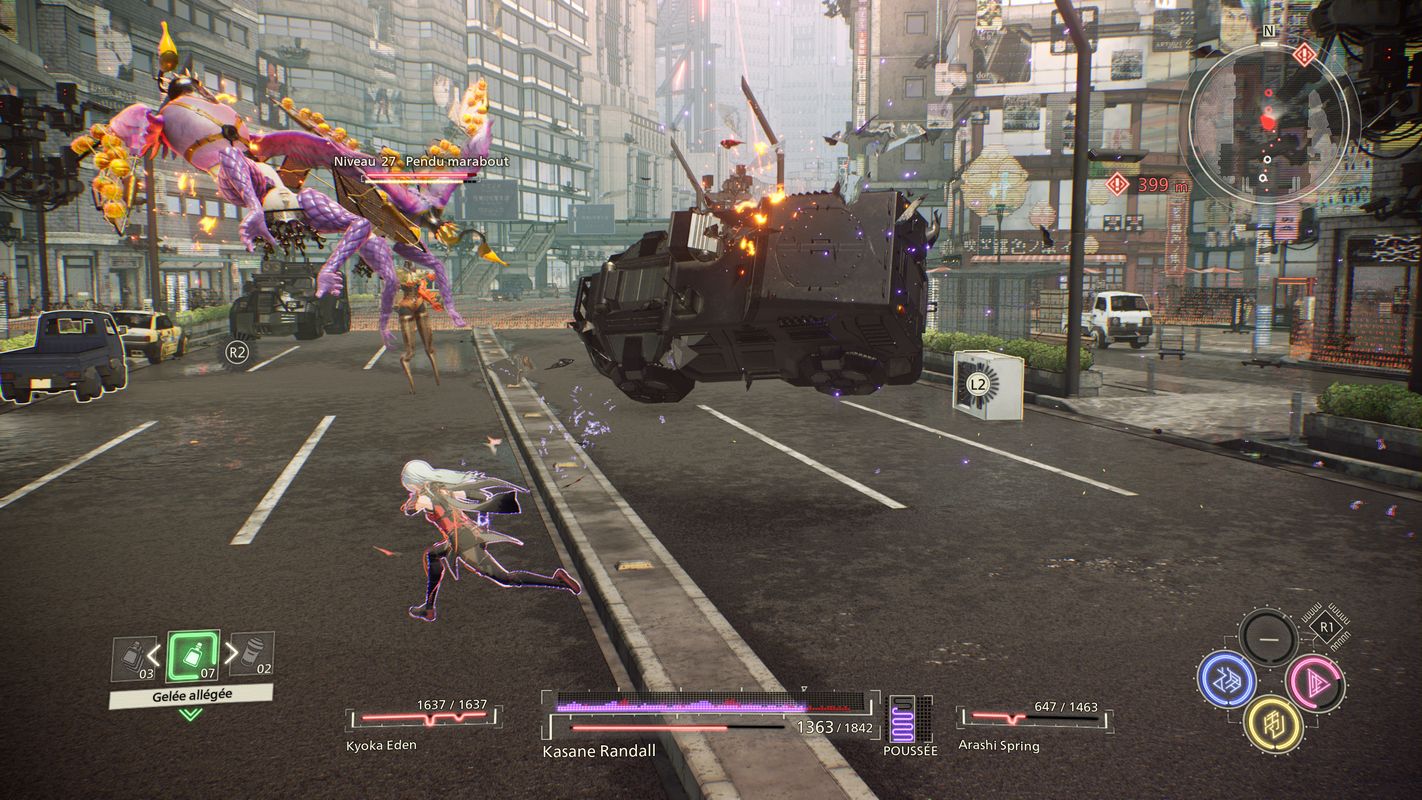 The missions are interspersed with interludes where you will find your squad at the hideout. You will learn more about affinities and story elements. It is a small hub which ultimately only serves to develop this affinity system. Too bad the dialogues are so uninteresting.

A tasty mix of gameplay

This system helps to avoid boredom brilliantly. The bestiary is not necessarily very developed but the environments and combinations of objects to be projected as well as the affinities of elements make the fights delectable. Speaking of the fights. You will have the pleasant feeling of playing NiER Automata. The enemies are everywhere, the sequences follow one another at an insane speed and the effects of lights are legion. Kasane has essentially the same gameplay as 2B and this observation alone is enough to convince that the gameplay is very good.

Scarlet Nexus offers almost the same experience on every platform. It should just be noted that it runs at 30 FPS on the old generation and 60 FPS on the new ones. For this type of nervous game, it’s a bit of a shame to be limited to this point but it is a proposal focused on new generations.

Graphically, the game has a unique animated design that will make fans of the genre absolutely delighted. Cell shading works wonders. English or Japanese dubbing are very convincing. We must also highlight this absolutely brilliant soundtrack. She skillfully mixes J-POP with more orchestral themes. It is even possible to relive the music thanks to the deluxe version of the game which includes the OST. Note that to extend the adventure, Scarlet Nexus has its anime version and it is Wakanime who takes care of it. Episode 1 and 2 are already available. 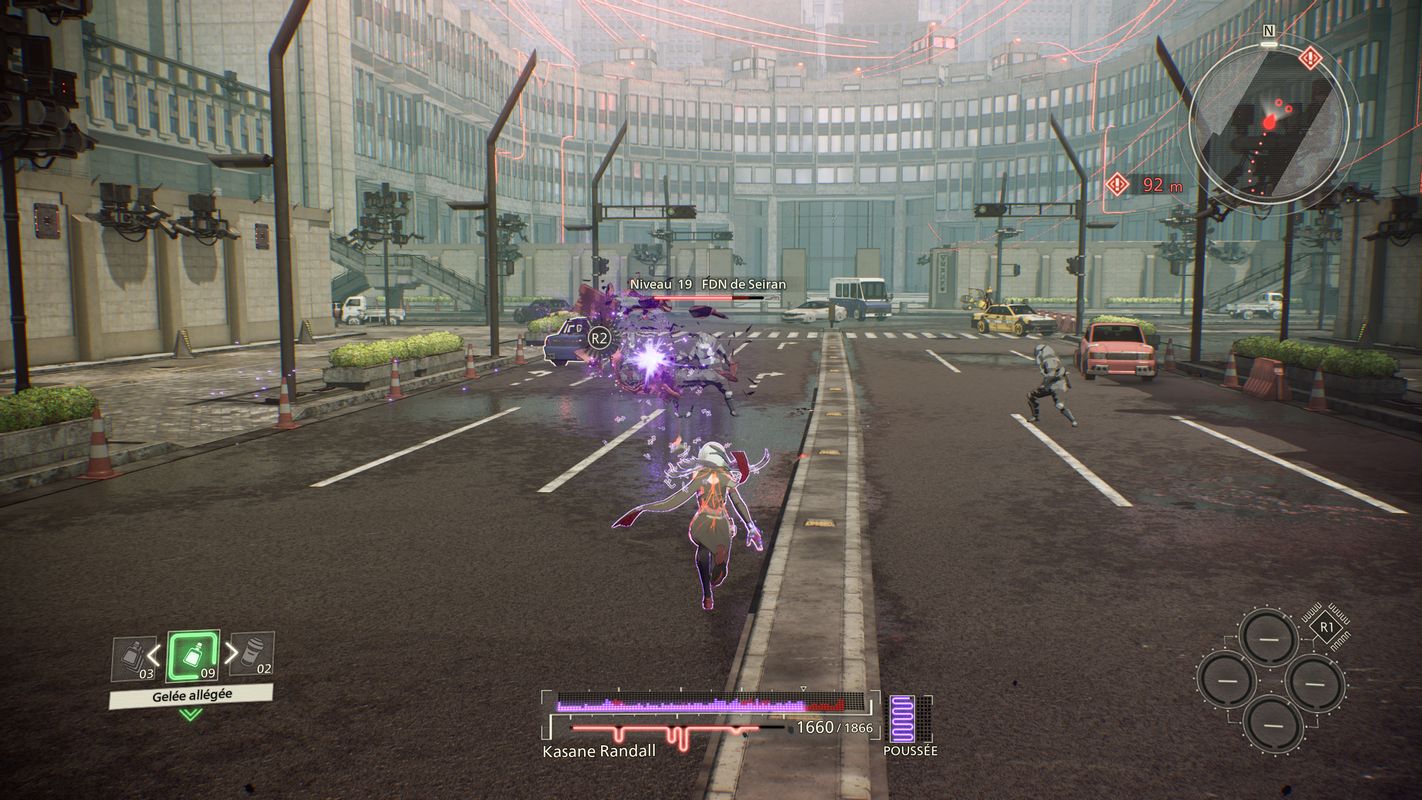 Despite its undeniable qualities, there are some disappointments all the same. Scarlet Nexus is not open world. This is not necessarily a defect but the progression revolves around areas in which it is necessary to carry out missions from point A to point B so the evolution is necessarily corridor. We like it or we hate it. The same goes for the quests that you find by talking to certain people in the cities. Once again, these are “fedex” quests that have little interest other than collecting items and equipment.

The dialogues are often lengthy and will sometimes make you want to skip. Usually the information is not very important. It is possible to follow the storyline only by following the cutscene phases. Moreover these last which can also be annoying after a while. These are slides that appear on the screen. We have the impression that they are breaking the rhythm. It’s a bias but we would have clearly preferred cutscenes.

Our opinion on Scarlet Nexus

After spending a lot of time on it, it’s safe to say that Scarlet Nexus is one of the best games of this year 2021. It’s very fun, refreshing and with well-mastered codes. Obviously the new generation versions shine more than the others but the general experience remains solid. To keep it simple, take NiER Automata, add some Persona, and sprinkle with Gravity Rush. Appetizing isn’t it?