When it was released in 2018 by Rare, Sea of ​​Thieves was aesthetically appealing, mostly thanks to the depiction of water, but it lacked content. A problem little by little solved by the developers, who now have a much richer title and a very large community.

Thanks to the regular addition of content, the arrival of numerous updates, and an almost constant overhaul of the systems, including the integration of seasons, Sea of ​​Thieves is now a much more successful game, and it shows in terms of support. The developers proudly announced today that Sea of ​​Thieves has reached the milestone of 25 million unique players who released the title! An impressive number, accompanied by a recent peak of 4.8 million players connected simultaneously. Obviously, the addition of the fables dedicated to the Pirate of the Caribbean universe, announced with great fanfare at E3 2021, must have had a significant impact. 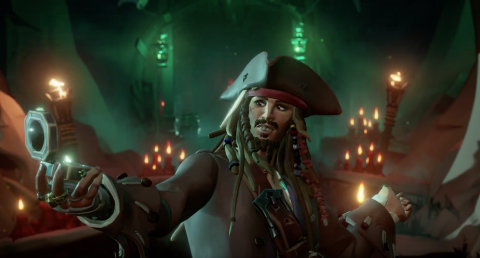 But the story will not end there. Starting September 23, players can enjoy Season 4, which takes them deep inside. Looking forward to celebrating this symbolic milestone, Rare announces that rewards will be offered to players who log in between October 19-26. In particular, it will be possible to recover 25,000 gold coins and doubloons, and participate in a raffle. In fact, any player who has brought in at least one treasure during the period can be raffled off and win 25 million gold coins, which leaves a lot to do.

Sea of ​​Thieves is available on Xbox One, Xbox Series X | Yes, PC, on Xbox Game Pass and in the cloud.

About Sea of ​​Thieves

Subscribe for 3 months to Game Pass Ultimate for € 38.99 on Amazon