Last week, during Big Ben Week, we had the opportunity to announce Session, the next skateboarding game due out in September on PS5/PS4, Xbox Series X/S, PC and later on Nintendo Switch.

Session, developed by the team at Crea-ture Studios, is an ambitious “two level” game (far from the “triple level” facilities and big games like Tony Hawk Pro Skater 1+2 or Skate). On the other hand, the title intends to compete with its competitors and offer something different that will seduce fans of the discipline.

Last week, during Big Ben Week, we had the opportunity to see Session, a promising new skate game. The game is already available in Early Access on PC (Steam) and Xbox (Series X/S and One). The final version will arrive in September at the beginning of the school year, and we were able to experience it in about ten minutes in the company of a member of Crea-ture Studios.

Unlike other Skate games, Crea-ture Studios wanted to create a real simulation. So the game is very precise and you can even control your character with two joysticks. At least your character’s legs to be able to position them on the board to better distribute the weight to achieve even more realistic figures.

The session does not offer any scoring (you do not score). The goal of the game is to make players and fans feel the universe and atmosphere of skateboarding. The developers did not want to integrate a scoring system so as not to put pressure on the players. The goal of Session is to be ultra-realistic and try to tie together the most beautiful tricks. 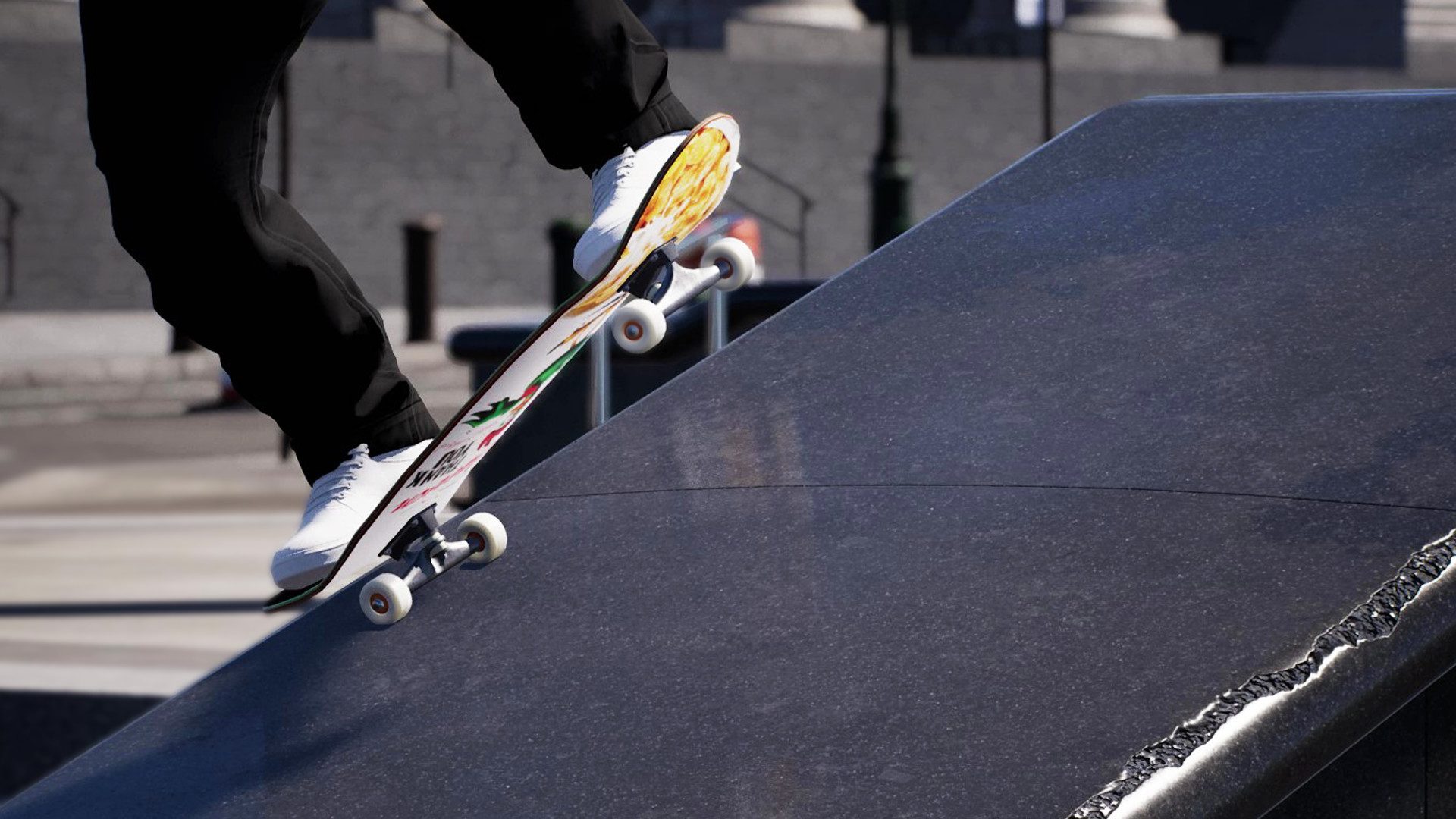 The session does not have a career mode. The main game mode will be the Journey mode. Players will be able to visit three cities (New York, Philadelphia and a third to be announced later). It will be possible to roam freely in different areas of the cities to meet NPCs (NPCs) who will give you tasks. These quests will allow you to learn even more tricks and unlock money to customize your character and your boards.

The session also brought in professional skateboarders to advise the development teams and show up in the game with their official branding. In total, about forty brands are partners of the name with identically reproduced clothing.

To further emphasize its desire to capture the soul of skateboarding, Session will offer a replay editing mode that allows you to record the last minutes of your session, review your best tricks and even shoot mini movies by choosing the camera angle, adding effects, and more.

In conclusion, this little demo session with the game’s commands remains a pleasant surprise. The idea of ​​not integrating a scoring system will offer players, regulars or novices, the opportunity to discover the world and passion for skateboarding at their own pace and without pressure. Due to its “simulation” focus, Session even promises to be a very good game that will bring a lot of fun to skateboarding fans!