Updated on 05/15/2020 with updated prices. SFR’s new offer consists of two elements: an ADSL / fiber modem and a TV decoder. Can be combined with any operator offer, you will be billed for this Box 8 7 euros per month in addition to your internet package.

This gives us an entry ticket at 22 € / month for 12 months, then 40 then if you take the ADSL offer, and 22 € / month then 45 from the second year for the fiber offer (of course, to this is added the registration fees or change of equipment for SFR customers). Note that at this time and until June 8, 2020, SFR offers a fiber limited edition at 10 euros and an ADSL limited series at the same price.

Find all the offers of SFR

Little reminder about its technical sheet: first WiFi 6 compatible box, the latest from SFR incorporates many other technologies: 4K HDR Dolby Vision, Dolby Atmos and voice assistant. Features that make it a credible alternative to the Freebox Delta on paper.

A mysterious press release inviting to come “discover the new SFR experience” and a categorical refusal to say more. Few knew exactly what to expect when setting foot in the Altice Campus on Thursday. Some were talking about a box and they were right. The all new “Box TV SFR 8” freshly presented will be offered to Broadband (ADSL) and Very Broadband (fiber) subscribers from 20 August next (the FTTB, connected house and Amazon Alexa offer only arriving in October). Connected like the Delta and the other flagships of the market, it aligns with most of the technical characteristics of its competitors, while differentiating itself with certain novelties. 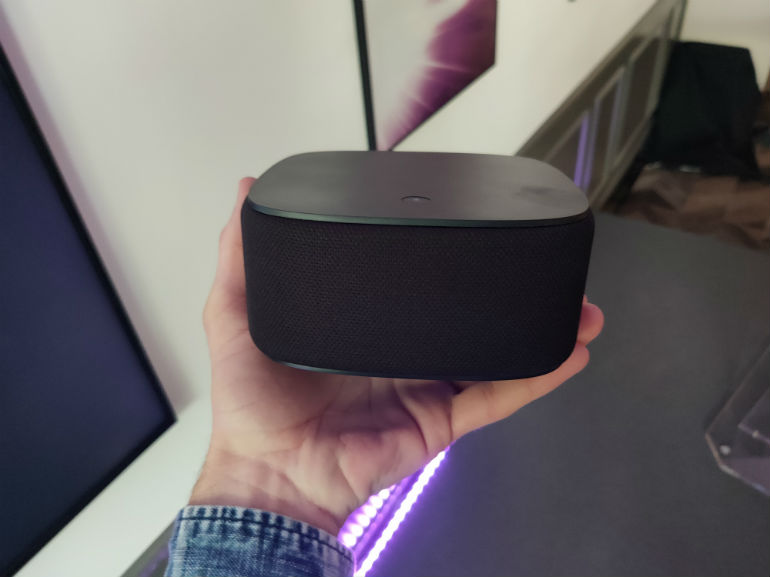 SFR has decided to put the package on the connection. The new box 8 incorporates the wi-fi 6, the most recent standard. A first whose promise is an “intelligent connection”, capable of equipping several hundred devices in the home at a speed much higher than the average. On the side of the image and the sound, of the new also with the compatibility Dolby Vision, Dolby Atmos to which is added the 4K HDR. Not all TVs and content are compatible with these new formats yet, but there is nothing better on the market today.

If the Free Delta embeds 4K HDR, it does not benefit from these new sound features. On the design side, there is a very simple black square. Its weight has not been revealed but this new box 8 stands out for its lightness. It displays dimensions of 15×15 cm with a much more compact case and master key than that of the Delta therefore, but also fewer connectors. Here, only an Ethernet socket, a TNT antenna socket and a USB Type-C port equip the machine. 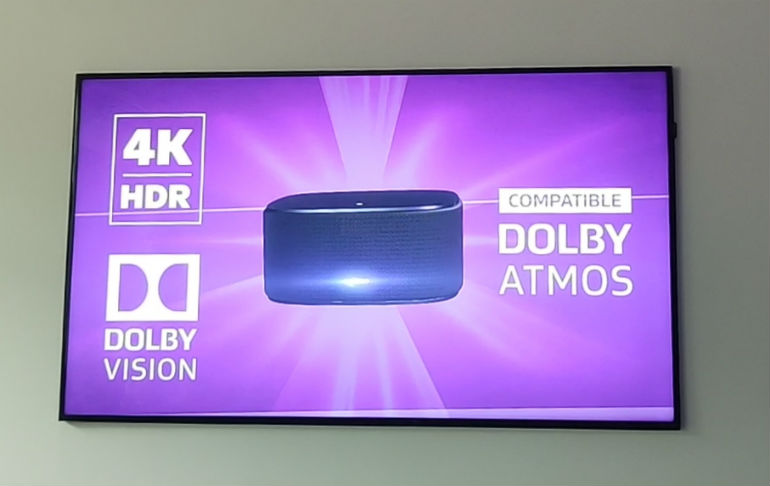 Failing to always innovate, the Box 8 always puts itself at the level of the other high-end offers of its opponents. Like the Delta, it is a connected speaker. In addition to its speakers, it also introduces voice assistance. A simple “Ok SFR” will invoke the house assistant and pilot his experience as desired. He seems receptive and responds faithfully to the request submitted to him, even with significant background noise. The search “Ok SFR, find me movies with Angelina Jolie” was successful. If the program is available with the offer that the viewer has subscribed to, this will be indicated. Otherwise, box 8 will recommend the different sites and platforms where it is available. Thanks to a redesigned mobile application, all of the content will also be viewable on the move on a computer, mobile or tablet.

From October, the Box 8 will also be offered with Alexa from Amazon that can also be found in its direct competitor. The sound experience is not overseen by Devialet as at its rival and SFR did not give details on the manufacturer who took care of this part of the device. Only certainty, its price will be more competitive that of its rival and SFR did not fail to make this known.

SFR has also decided to give pride of place to the IoT (“Internet of Things”) with its new box. Connected home enthusiasts will be able to subscribe to the new offer SFR Home. Basic, it includes a camera, a plug and a bulb connected and controllable from the voice assistant or the dedicated mobile application. Nothing innovative here, a similar offer is offered at Free for Delta holders.

A sober and efficient interface

No big revolutions in the Box 8 user interface. It’s sleek, classic and fairly intuitive. It almost feels like on Netflix, or YouTube. Once again, originality is more to go to look for features that integrate:

Programs are put forward more than channels, the idea being to adapt to new consumption practices by users. We also find the main TV applications (Netflix, YouTube, BeIN, Canal + …) and of course the channels of the Altice group (RMC Sport …). Note the presence of the Chromecast function, which is useful for streaming content on your television. 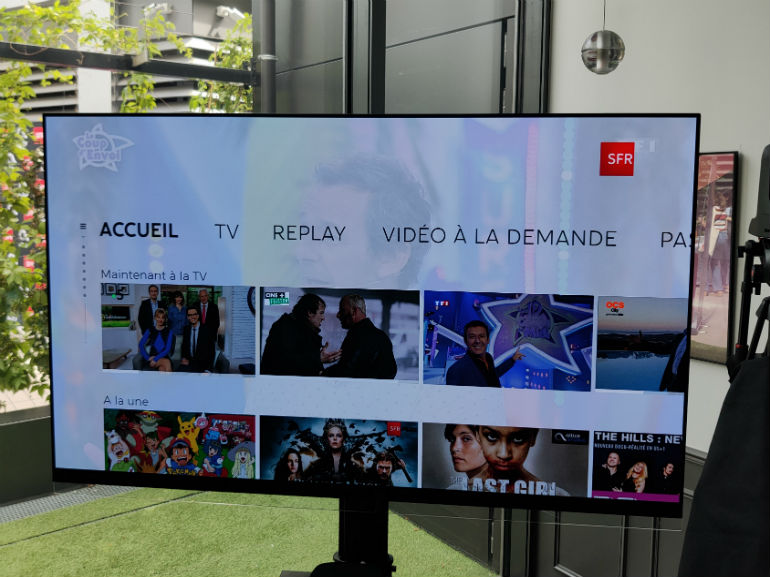 SFR did not want to communicate a price for its new box, it should just be much more cheap than most of its competitors, the Delta in mind. What we do know is that it will be available “à la carte”. There will be four offers, an ADSL and three fibers. Subscribers will then choose the channels and services they want to subscribe to, without obligation. Access to the best fiber connections will not be conditional on the possession of a Box 8. It will only be offered as an option, alongside the seventh generation box.

Leicester vs. Arsenal live stream: Watch the Foxes take on the Gunners

How to use Facebook Dark Mode on Android, iPhone and desktop

An Oculus Quest Pro could be on the way, Facebook exec hints

Roku customer service: How to reach a human

Leicester vs. Arsenal live stream: Watch the Foxes take on the Gunners

How to use Facebook Dark Mode on Android, iPhone and desktop

An Oculus Quest Pro could be on the way, Facebook exec hints

Roku customer service: How to reach a human