A few days after MediaTek, it is Qualcomm’s turn to introduce its premium chip for Android smartphones in 2022. This SoC inaugurates a new nomenclature and emphasizes artificial intelligence, image and security.

Qualcomm has met with Hawaii for its annual Snapdragon Tech Summit. The summit was an opportunity for the firm to announce its new system on chip (SoC), the Snapdragon 8 Gen 1. As expected, Qualcomm has decided to rename its chips by adopting a simplified nomenclature with a single figure. The successor to the Snapdragon 888 (Plus), which has equipped many high-end handsets in recent months, wants to “pave the way for a new era of high-end mobile technology”. If its latest SoC outperformed the competition on Android, the Snapdragon 8 Gen 1 will have a lot to do next year with the arrival of the MediaTek Dimensity 9000, an ambitious SoC that aims to oust the Snapdragon from the top range of smartphones.

Therefore, the new chip of the San Diego giant does not reach conquered ground. Qualcomm has to convince and it doesn’t just mean a name change. Symbol of the new era that the company wants to open, the Snapdragon 8 Gen 1 is based on photographic capabilities, artificial intelligence (AI) applications or even connectivity. Having long been confined to numbers to highlight the performance of its latest SoCs, Qualcomm is changing its discourse. The firm also quickly gets rid of its chip having 4nm etching, thus joining the Dimensity 9000 while Apple has stayed at 5nm for its A15 Bionic.

The SoC promises improved performance and is based on the ARMv9 architecture, a first for a Snapdragon chip. There is a “big” Cortex-X2 heart with a clock frequency of up to 3 GHz (officially announced at 2.995 GHz), accompanied by three Cortex-A710 cores at 2.5 GHz and four Cortex-A510 cores at 1.8 GHz, or a 1 + 3 + 4 setup. This approach is the same as MediaTek used, as the Taiwanese group simply used higher frequencies (up to 3.05 GHz). On paper, the Dimensity 9000 confirms its ambitions and now it will be necessary to compare the two SoCs in situation.

The Snapdragon 8 Gen 1 was introduced in Hawaii.© Qualcomm

For now, Qualcomm mentions a processor 20% faster than the Snapdragon 888 and 30% more energy efficient. This element is interesting insofar as autonomy is at least as important as power on a chip intended for smartphones. As for the Adreno GPU part, the company evokes a performance gain of 30% and a reduced consumption of 25% compared to its predecessor. Add to that fourth-generation Snapdragon Elite Gaming features like Adreno Frame Motion Engine and Variable Rate Shading Pro to enhance the gaming experience. Also note support for LPDDR5 memory up to 3200 MHz.

Behind these advances, Qualcomm also insists on artificial intelligence with the presence of the Qualcomm Hexagon processor. This seventh-generation engine is, according to the firm, four times faster than its predecessor and 1.7 times more energy efficient. The target is still the new MediaTek chip and Google’s Tensor from the Pixel 6. While 5G has been on everyone’s lips for several months, the Snapdragon 8 Gen 1 focuses on connectivity by integrating the Snapdragon X65. This 4th generation modem supports 5G mmWave bands (millimeter wave and Sub-6) and supports download speeds of up to 10 Gb / s. In addition, it is compatible with the latest Wi-Fi standards (6 and 6E) or even Bluetooth 5.3.

Photography in the spotlight, for shots up to 200MP

As for the image, the chip supports a QHD + screen up to 144 Hz and Qualcomm is highly dependent on the photo. The Snapdragon Gen 1 is based on a triple ISP system already seen in its predecessor and significantly improved with the presence of a new 18-bit (14-bit for the S888) Image Processor (ISP) that captures 4,096 times more data, at a 3.2 gigapixel / second speed. A noticeable improvement even if we are far from the promise of Dimensity 9000 (9 gigapixels / second). However, it is possible to capture 240 12MP photos in one second or shoot in 8K HDR at 30fps and take a 64MP photo simultaneously.

Even more interesting, the Snapdragon 8 Gen 1 offers the possibility of integrating sensors of up to 200 Mpx. Qualcomm is still behind MediaTek (up to 320 Mpx), but it seems to be closer to the market. In fact, we should see the landing of smartphones incorporating a 200MP Samsung sensor next year. It is also possible to take three pictures simultaneously with three 36-megapixel sensors.

The sound does not stop with the arrival of the aptX LossLess codec for lossless audio in CD quality over Bluetooth. Support for Bluetooth LE is also on the program.

On the security side, the Snapdragon 8 is presented as the “world’s first platform” that complies with the Android Ready Secure Element (SE) standard. The latter should make it possible, in particular, to transform your smartphone into a car key or an identity card. 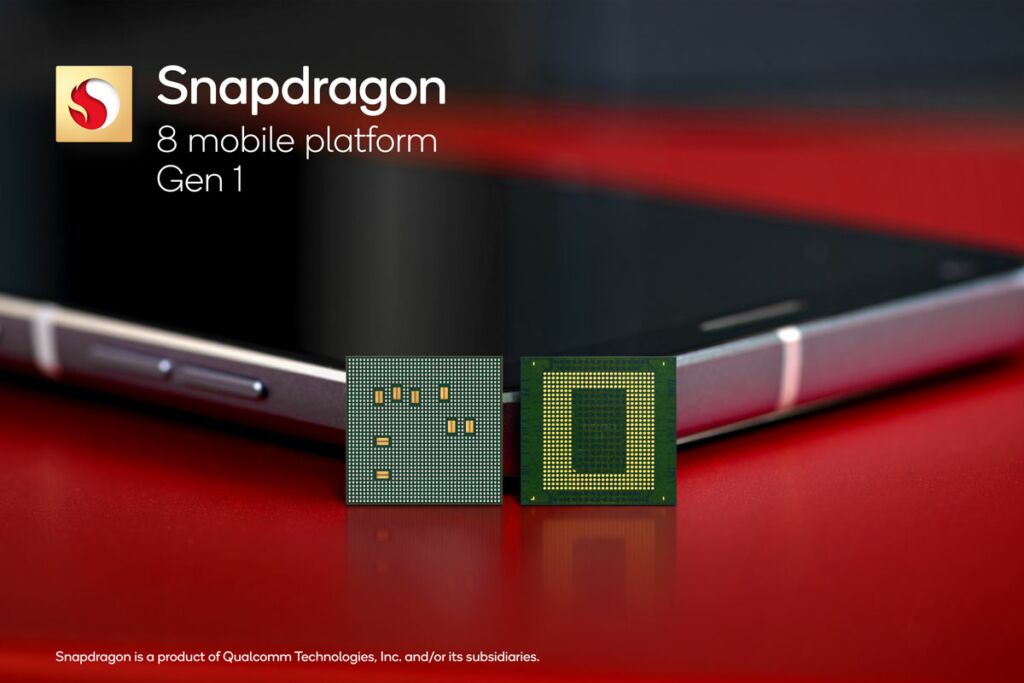 Qualcomm confirms that its Snapdragon 8 Gen 1 will be used for the next generation of many smartphones. Among the brands in question, we can mention Honor, Motorola, OnePlus, Oppo, Realme, Redmi, Sony, Vivo or even Xiaomi. Some models will be announced before the end of 2021.