South Korea wants to join the club of advanced space nations in trying to get a payload of more than a ton into orbit on Thursday, thanks to its first fully domestically-made rocket.

The “Korean Satellite Launch Vehicle II” rocket, nicknamed “Nuri”, will attempt to orbit a dummy payload of one and a half tonnes from the Goheung launch pad, targeting an altitude of 600 to 800 kilometers.

It took about ten years to develop the three-stage rocket, at a cost of 2 billion won ($ 2.18 billion). With its six liquid fuel engines, it weighs 200 tons and is 47.2 meters long.

South Korea is the world’s twelfth largest economy and one of the most technologically advanced countries, particularly with its flagship Samsung Electronics, the world’s largest smartphone and chip maker.

But it always lagged behind in the conquest of space, where the Soviet Union led the way with the launch of the first satellite in 1957, closely followed by the United States.

In Asia, China, Japan and India have developed advanced space programs, and North Korea is the latest to join the club of countries capable of launching a satellite.

The same technology is used for ballistic missiles and space rockets. Pyongyang launched a 300kg satellite into orbit in 2012, which Western countries condemned as a covert missile test.

Today, only six countries have successfully launched a payload of more than one ton on their rockets.

But South Korea’s space program shows a mixed record: Its first two launches, in 2009 and 2010, which used Russian technology, were unsuccessful. The second rocket had exploded after two minutes of flight, Seoul and Moscow blame each other. 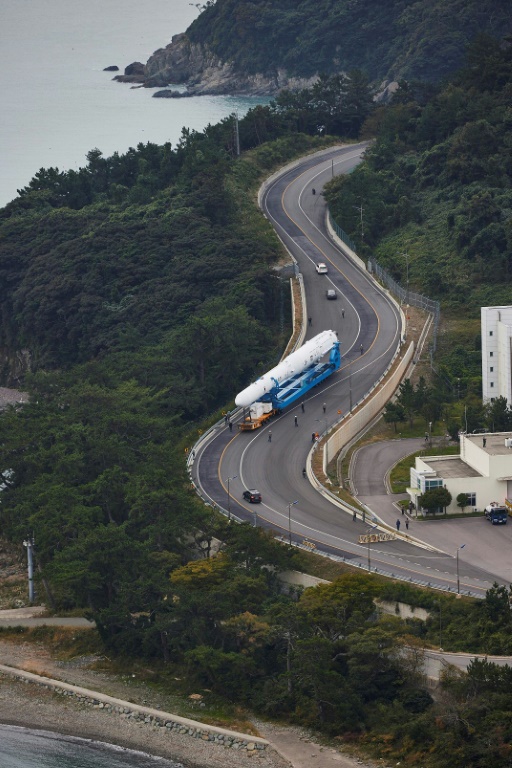 Finally, the country launched successfully in 2013, still relying on engines developed in Russia.

The satellite launch business is increasingly the business of private companies, including Elon Musk’s SpaceX, which has the US space agency NASA and the South Korean military among its clients.

But a Nuri success would offer South Korea “infinite” potential, one expert estimates.

“Rockets are the only available means for humanity to reach space,” Lee Sang-ryul, director of the Korean Institute for Aerospace Studies, told the local newspaper Chosun Biz. “Having such technology means that we have met the basic conditions to join this space exploration competition.”

Thursday’s launch is a milestone in South Korea’s ambitious space program, with the goal announced in March by President Moon Jae-in to launch a lunar orbiter next year.

“Thanks to the achievements of South Korea’s rocket systems, the government will continue an active program of space exploration,” the head of state said.

“We will realize the dream of landing our probe on the Moon by 2030.”

Between contextual targeting and advertising identifiers, the cookieless future of digital advertising is emerging

These STEM kits are up to 60% off for Cyber ​​Monday, including an amazing planetarium kit

Between contextual targeting and advertising identifiers, the cookieless future of digital advertising is emerging

These STEM kits are up to 60% off for Cyber ​​Monday, including an amazing planetarium kit