Everyone assumed that Starfield, the new video game from the makers of The Elder Scrolls V: Skyrim, would release just in time for the date marked on the calendar, November 11, 2022. However, Bethesda released a statement pointing out the delay. two of their most anticipated games, Starfield and Redfall, are changing dates and won’t release until early 2023. Thus, Xbox Game Studios was left without any powerful release for this year.

They are not the first and probably not the last. Delays are common in an industry that’s used to sticking out dates and changing them when the situation calls for it. Justification messages take similar forms, always referring to ambition and the need to save time in order to achieve the required level of quality. Phil Spencer, head of the Xbox division, had this to say about it:

“These decisions are difficult for the teams that make the games and for our fans. While I fully support giving studios time to release their games when they’re ready, we’re listening to feedback. Quality and consistency are expected to be assured, so we will work to better meet those expectations.

Video games aren’t just delayed at Microsoft. Despite being released this year, Square Enix decided to delay Forspoken until October 11, when it was scheduled to release in May. On the other hand, sequels to The Legend of Zelda: Breath of the Wild and Suicide Squad: Kill the Justice League won’t arrive until next year. Next, we look at the most significant delays until 2023: 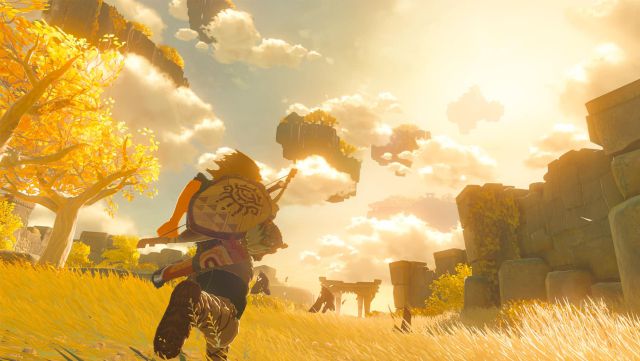 The Legend of Zelda: Breath of the Wild 2

The Legend of Zelda: Breath of the Wild 2

Nintendo jealously guards the secrets of The Legend of Zelda: Breath of the Wild sequel to the point where we still don’t know its final title. During E3 2021, those in Kyoto showed off the new trailer and revealed the launch window: 2022. A few months later, already entering this new year, the Japanese shared a release schedule that still contained the same date, but everything changed on March 29th. Eiji Aonuma, the producer of the Link saga, posted a video to break the bad news.

“I have an update on the release date for The Legend of Zelda: Breath of the Wild sequel,” commented the creative. “We previously discussed that the goal was to launch it in 2022. However, we have decided to slightly expand the development and move the date to the spring of 2023.” We have a release window again, but no more specific date.

The Elder Scrolls in space? Bethesda Game Studios has been immersed in the development of this colossal RPG that will take us to the stars for years, but not in 2022 as we had assumed. The company’s statement highlights the ambition of the developer, who therefore wants to ensure that the product that sees the light of day is “the best version possible”, in other words: that the experience is “polished down to the smallest detail”. One of the fresh ideas that Starfield will bring to life is the concept of factions, which comes from a tense truce that is about to be broken. At Netcost, we’ve covered all the information on the subject.

Xbox Game Studios and Bethesda will be participating in a streaming event where we will likely enjoy a fresh look at Starfield. The live stream will take place on June 12 at 19:00 (CET) and will be broadcast in thirty languages. This show will feature amazing titles from Xbox Game Studios, Bethesda and other partners around the world. »

The Epic Games Store is offering Prey, a video game developed by Arkane Austin, the same studio behind Redfall, for free for a limited time. The company’s North American team (Dishonored and Deathloop east of Arkane Lion) are making a product different from what they usually do. This is a multiplayer video game that will completely immerse us in a vampire universe full of nocturnal creatures.

Redfall is being carried over to next year as Starfield. In fact, it was made official in the same release. The game is an open-world cooperative first-person shooter set in the island town of Redfall, Massachusetts. The city was overwhelmed by the attack of a legion of vampires from the outside world, created after an unsuccessful experiment. Faced with this situation, the main characters will have to do everything to survive the most excruciating dangers. The heroes will have to come together and join forces if they want to see a new dawn.

Of all the titles we list in this article, the move of Suicide Squad: Kill the Justice League to spring 2023 is perhaps the least surprising. Even before it was officially confirmed, leaks already indicated that the launch would be delayed until next year. In addition, Warner Bros. Games also didn’t include it in their 2022 calendar, especially when the video games planned for the coming months include titles like Gotham Knights or Hogwarts Legacy.

Rocksteady, creators of Batman: Arkham Asylum, Batman: Arkham City and Batman: Arkham Knight, are back with a game based on the characters of the Justice League. According to previous statements, this work is part of the universe of the Arkham saga, as opposed to what happens with Gotham Knights.

Harley Quinn, Captain Boomerang, Deadshot and King Shark go up against superheroes like Superman or The Flash in a game that “blends gameplay” deeply rooted in the narrative and character stories. This is a third-person action game that reveals an open world metropolis. Four members of the Suicide Squad are sent on an impossible mission to save the Earth and kill DC’s greatest superheroes.