As an experienced internet resident, you already know that people love cats. So don’t be surprised to know that Stray, the game that lets you roam the streets of a mysterious dystopian cybercity as a cat, has been a hit since launch this week.

The premise of the game is simple and a bit heartbreaking. You are a gummy kitty living with your family on the outskirts of a city reclaimed by nature, and one day during your travels, you suddenly part ways with them. Below you plunge into the dungeons of a grubby, dilapidated city.

To find your way home, you must navigate through a series of gritty, robot-infested cityscapes reminiscent of Tokyo and Hong Kong. Along the way, you pick up a sentient drone friend who has a personal secret to solve, and together you search for a way out.

You can only take a nap in certain places, but these are always cute moments. (That bump on the kitten’s back is B12, your companion drone.)

The world is gorgeous, with generous environmental details. There’s a palpable sense of exploring the Neo Tokyo riff: neon signs flicker and glow, vending machines fill most corners, graffiti murals and paper flyers are worn out, walls are dirty and trash is in the streets. It is completely cluttered and visually busy, which is typical for Asian metropolitan cities.

Which, like a cat, means you have so many places to explore. Anyway, in theory. BlueTwelve Studios seems to have underestimated the fun of being a cat, especially in this setting.

Oh, you can run, jump, and meow are normal parts of traveling through the landscape. The mechanics of this adventure game are not as polished as in a good platformer, but they can be worked with. But what you can explore is limited. Instead, you will spend your time following a fairly linear progression. (In fact, the game might unexpectedly lock you out of an area as you wander. It doesn’t matter that you didn’t accurately predict that you’d activate the next area; you’re moving forward.) 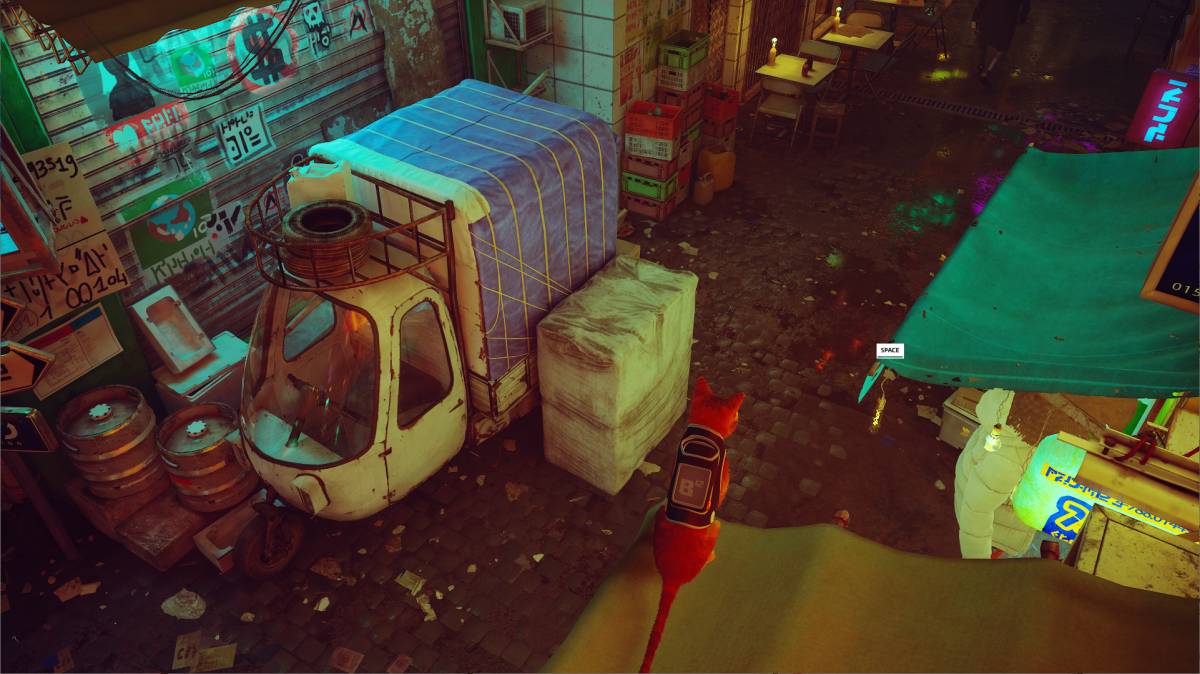 Crossing the heights of this city should be easy for a cat, but unfortunately your exploration options are limited. 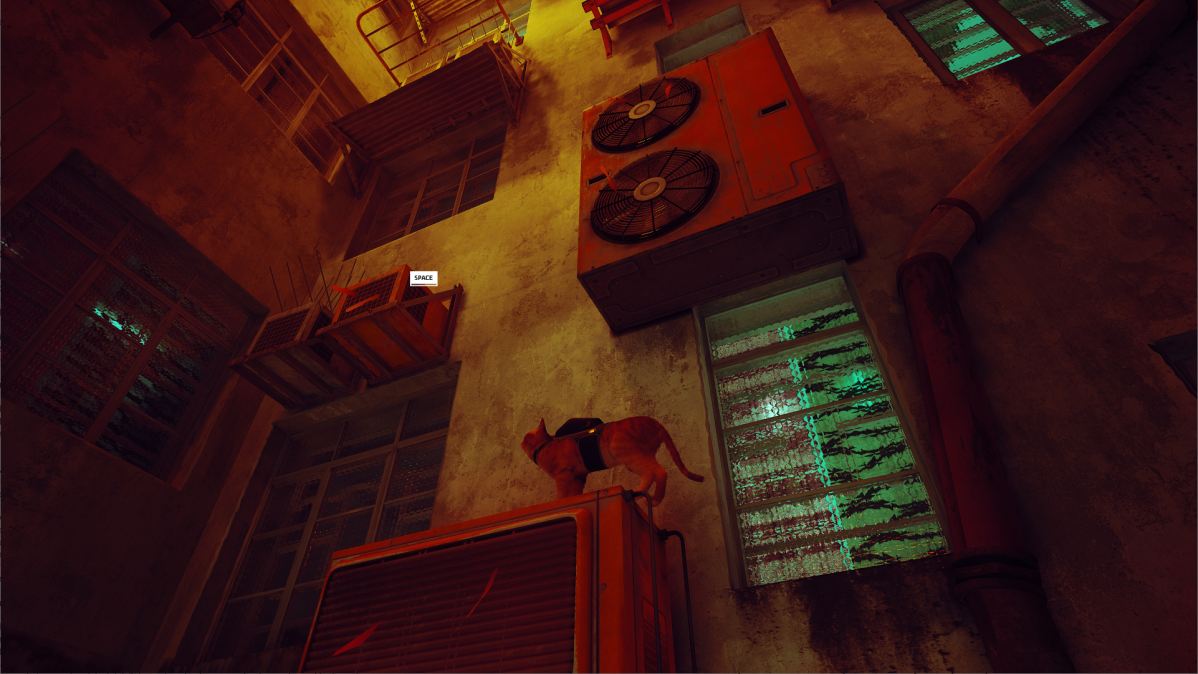 I like to think cat lovers or not, the idea of ​​being a nimble young cat who can go just about anywhere is new and exciting. What a way to enjoy the world created by BlueTwelve Studios with such attention and care! But instead, you spend some of your time running from creatures intent on harming you. Maybe you’ll enjoy the unsettling, low-quality horror atmosphere – I didn’t. Every time I was worried that my cat might die, I thought, “Why not make the puzzle harder to get out of this part of town and spur research? I just want to enjoy this environment and be this kitten. Instead… nightmarish fuel.

Standard feline behavior is also thrown like easter eggs rather than woven deep into the world. You cannot freely scratch furniture or knock things off ledges and shelves, only in certain, predetermined places. What’s more, the robots don’t notice when you scratch their layers, walls, or rugs; push objects off a ledge; or send crates and boxes flying as you race through them. Yelling or meowing near robots also elicits only mild reactions. For a group of beings who seem to have little familiarity with cats, one would expect at least a little more reactivity. 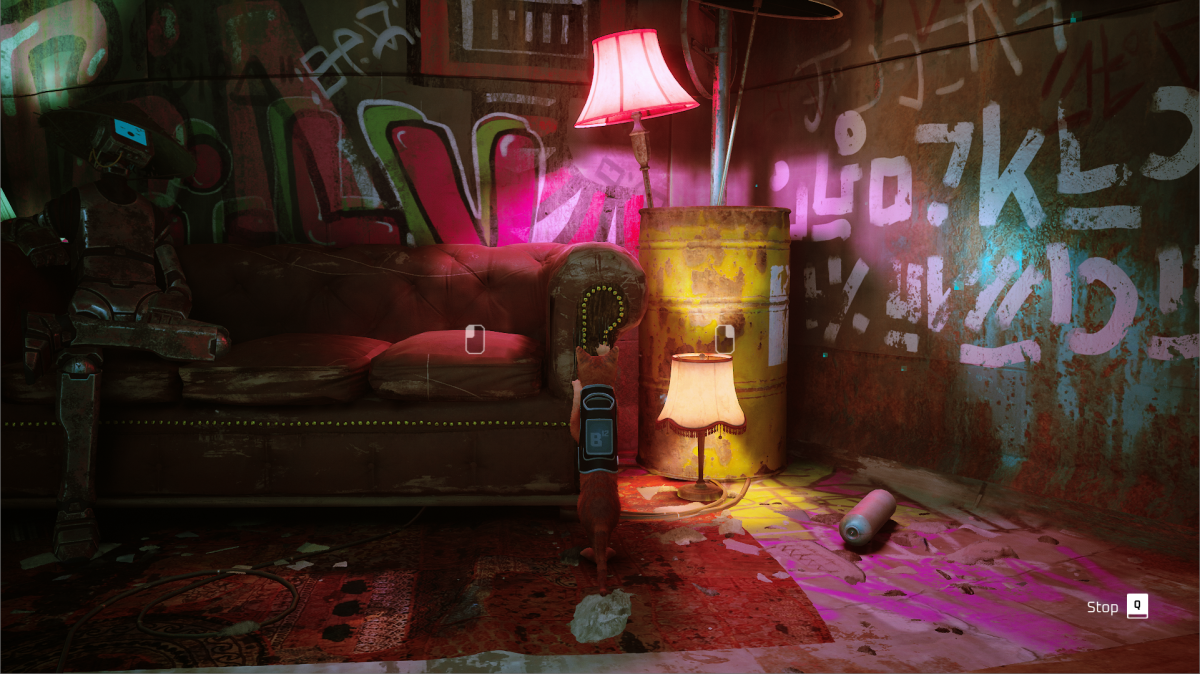 Even if this robot was awake, chances are it still wouldn’t notice the cat continuing to destroy the couch.

Also, there is no control over grooming, but I’m willing to admit that I expected maybe too much from Cat Simulator 2022 when I invested in Stray. At the very least, it would be great to change the look of my cat a little, even if he chose one of two different coat colors.

This emotional reaction tells me that we need more games with cat protagonists. those that focus on platforming and exploration. Perhaps White’s upcoming game will fill this void, but the problem is that there are no seals in it.

But I won’t leave the game completely disappointed. As a tourist, I often stopped to take pictures of scenes, usually from multiple angles. (This one goes on social media, it’s my new wallpaper…) Whenever our orange kitty takes a nap, the camera slowly pans around to show breathtaking views of his surroundings. As one of my friends said when I streamed my gameplay to him, “That’s what I’m here for.”

Using an ultra-wide monitor really lets you immerse yourself in beautiful surroundings. (Right-click and select “Open image in new tab” to see these screenshots in all their glory.)

Playing on a PC can be even more enjoyable as the ultra-wide monitor is the most commonly used. The Tramp adjusts easily to this aspect ratio, and after former colleague Leif Johnson sent me some of his gameplay screenshots on his Samsung Odyssey G9, I finally wanted to get my own ultra-wide display. The extra real estate makes for amazing shots.

That’s how much I love cats, apparently.