Introduced on September 22, the new Surface Pro 8 hybrid tablet is the first update since the Pro 7 was introduced in October 2019. Although the latter is no longer in the Microsoft catalog, it can still be found through resellers. at a reduced price, while stocks last. This is the opportunity for a little comparison between these two nomadic products.

A bigger and better screen

While the Surface Pro 8’s screen is the same size and definition as the Pro X’s, it has a refresh rate that goes up to 120Hz, which should make writing and drawing on the screen smoother. When 120 Hz is not needed, you can go down to 60 Hz to save battery power.

With the move to 11th generation Intel processors, Microsoft has added not one, but two USB-C Thunderbolt 4 ports. This makes it easy to connect external displays while providing high data transfer performance and more expansion options. data with a hub. And while Microsoft still uses its proprietary Surface Connector for power, the Pro 8 can also be charged via the USB-C ports.

The addition of the USB-C ports results in the removal of the USB-A port. Microsoft has also eliminated the microSD card slot. There is still the possibility to expand the storage via an M.2 2230 disk.

Microsoft has developed a new keyboard protector for the Pro 8 that has a slot to hold and charge the new Surface Slim Pen 2. 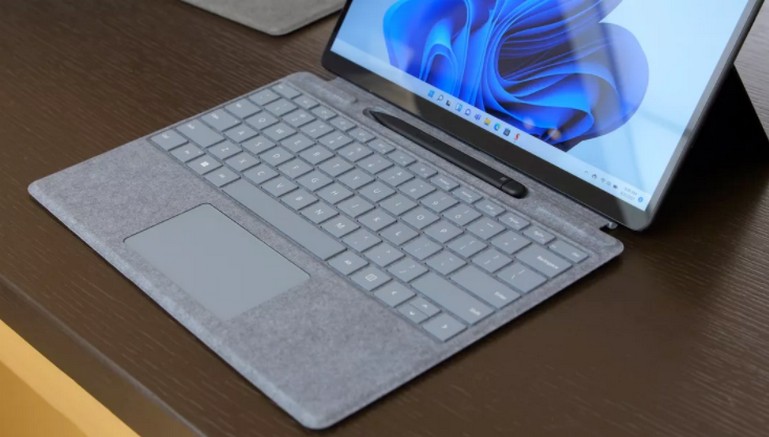 Much more time to work, create and play

The 11th Gen Intel Core processors are sure to improve performance over the 10th Gen chips in the Surface Pro 7, but they will also offer much better battery life. Surface Pro 8 also has a bigger battery. But according to Microsoft’s figures, the Pro 7 Plus, which uses the same battery as the regular Pro 7, has up to 15 hours of battery life, compared to 10.5 hours for the Pro 7. The Pro 8 can run until 4 p.m., according to Microsoft.

Surface Pro 8 features a larger, smoother screen, new processors to improve performance and extend battery life, Thunderbolt 4 for greater versatility, and a new keyboard and stylus. However, it is still expensive and the keyboard, which is almost essential, is not included. Neither does the pencil.

Always up-to-date and at a good price 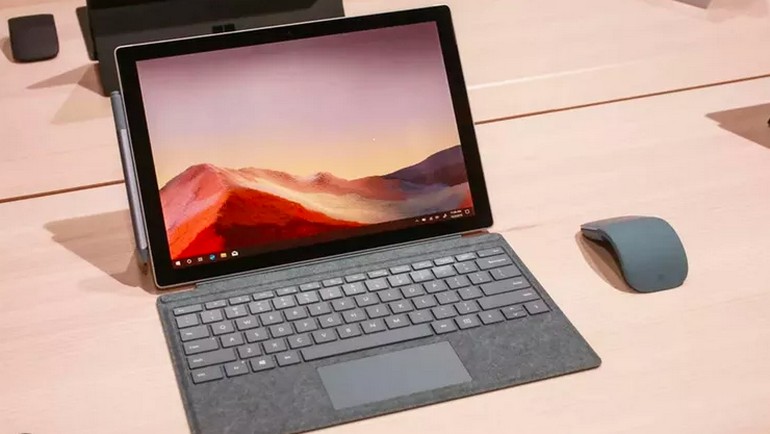 The arrival of a new model does not mean that the old one is no longer worthy of interest. Prices for the Surface Pro 7 models have dropped, potentially making them very good deals. Of course, the Pro 8’s larger screen is nice, but if you’re primarily using it as a tablet, the smaller Pro 7 is a better option. Battery life and performance may not be as good as the Pro 8, but it will save you money. And if you’re looking for a smaller size with the benefits of 11th Gen Intel processors, there will be a nice discount on the Surface Pro 7 Plus. 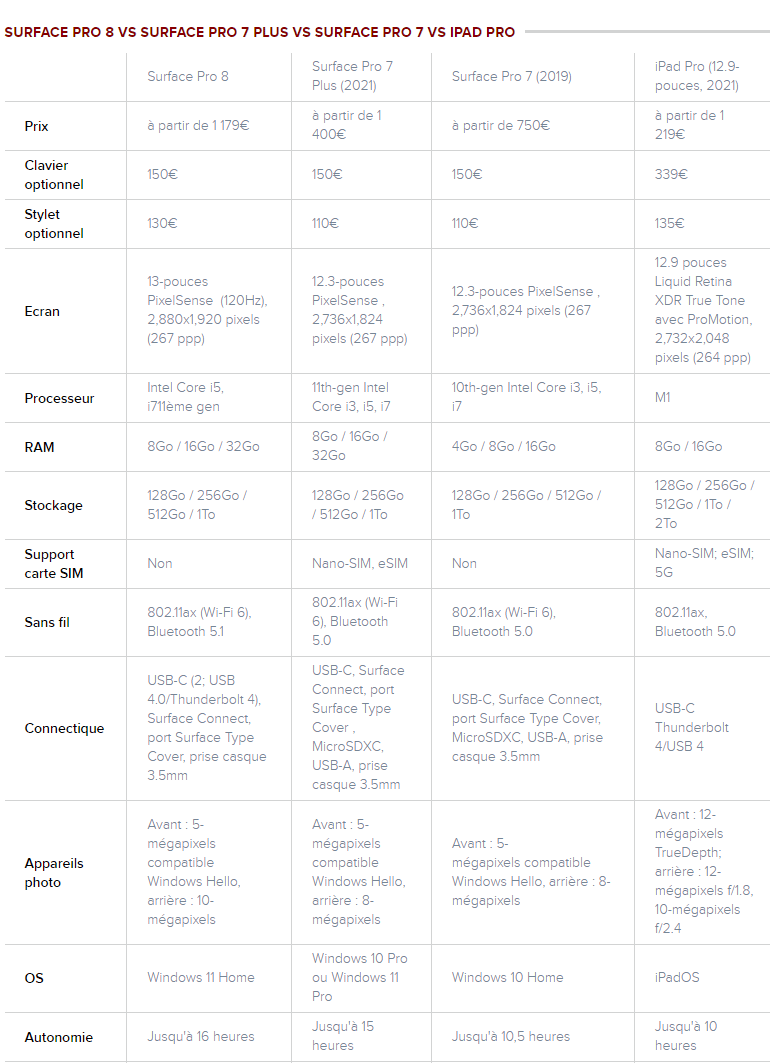