With protective gloves on their hands and a flashlight in hand, dozens of volunteers from the Taiwan Amphibian Conservation Society worked overnight to search rice fields and orchards in search of their prey: the buffalo toad.

In Taiwan, toads are a symbol of prosperity, but this unexpected discovery has prompted authorities and environmentalists to take steps to contain their spread.

There should be no reason for these large, highly poisonous amphibians to exist in Chaotun, a municipality located in the foothills of Taiwan’s central mountain range.

Native to South and Central America, this species had previously caused damage in Australia and the Philippines, but had never been reported in Taiwan.

Until last month, when a neighbor reported seeing them in their garden.

“Their size is very large and they have no natural enemies here in Taiwan,” he adds.

Students and volunteers taking photos of a baby toad during a hunt on November 27, 2021 in Nantou County, Taiwan (AFP – Sui CHOU)

Shortly after the photo was posted online, Yang Yi-ju, an expert from Dong Hwa National University, sent a group of volunteers from the Amphibian Conservation Society to investigate.

When they reached the orchard, they were surprised to find 27 toads in the vicinity.

The intruders were quickly identified as rhinella marina, recognizable by the large partioid glands behind the ears, which secrete a dangerous venom.

Bull toads are a dangerous invasive species. Voracious predators, they reproduce very easily and are poisonous, a particularly dangerous defense mechanism for dogs that may lick or bite them.

Local farmers told conservationists that they noticed the arrival of these large toads, but never reported it.

“Taiwanese farmers generally ignore toads and even view them favorably as they help to remove pests from the soil and are said to bring good luck,” Yang said. 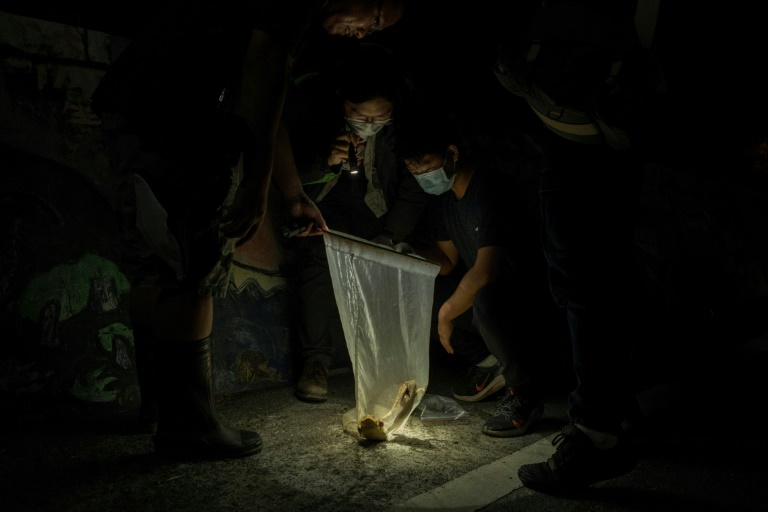 “It never occurred to them that it was an invasive species from a foreign country.”

Conservation officials and environmental volunteers worked tirelessly to conduct a careful search within a 4-kilometer radius.

So far, more than 200 buffalo toads of various sizes have been captured and housed at the Endemic Species Research Institute.

These amphibians are on the “100 invasive alien species” list established by the Invasive Species Specialist Group (ISSG), an international advisory body.

Formerly used in sugar plantations to hunt sugarcane beetles, these toads have been introduced to plantations in Australia, the Philippines, Japan, the Caribbean, as well as Florida and Hawaii, where they have caused disease and damage to ecosystems.

In Chinese culture, toads are a symbol of wealth, longevity, and luck.

“In shop windows, you can find toad totems, designs, and even real live toads. It’s a symbol of fortune and good luck,” says Lin. 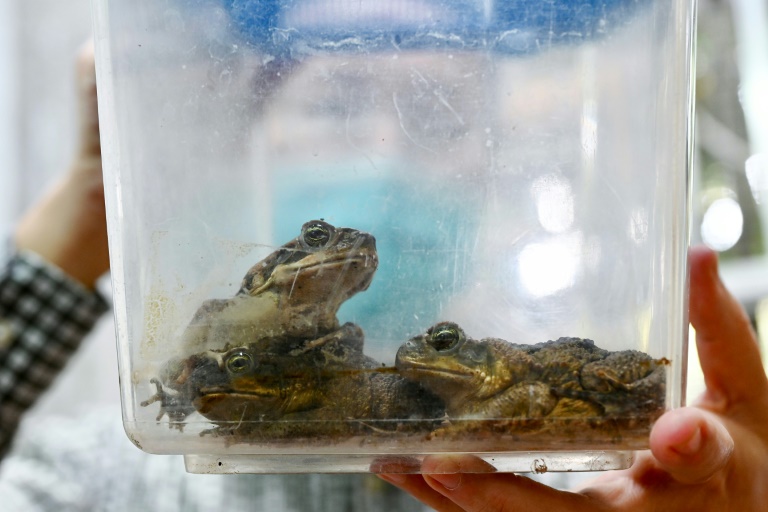 But conservationists believe that since imports were banned, people have started raising giant toads locally and some have escaped or been abandoned.

So far, no buffalo toads have been reported anywhere else in Taiwan.

“It is next spring, during the mating season, when we will really know if we have contained” the spread, Ms Yang said.

The ten humanitarian crises forgotten by the media

The ten humanitarian crises forgotten by the media