“In the heart of Central Asia, Tajikistan is the land of intertwining“, explains Valérie Zaleski, curator of the exhibition “Tajikistan, in the land of the golden rivers” presented at the National Museum of Asian Art – Guimet, in Paris. Surrounded to the north and south by two gold-bearing rivers, the Amou-darya (the ancient Oxus) and the Zeravchan (“the giver of gold”), this roof of the world is bristling with mountain ranges with peaks that reach more than 6000 meters there will be seen cultures identical to those of its famous neighbors which are Afghanistan and Uzbekistan. Hence the impression of a melting pot of shared influences that was felt throughout the visit. A mix in the historical and cultural diversity of this young Republic born from the dissolution of the Soviet Union in 1991 that the organizers wanted to make intelligible.

A first presentation outside of Tajikistan for several of the exhibits.

From the entrance, large wall maps and chronologies serve as a common thread for the visitor, who may feel somewhat lost in the face of so many periods and archaeological sites. Little known to the public, however, they constitute the greatest interest of this exhibition. It is the first time that certain objects from these sites have been presented outside of Tajikistan.

Torso of a princely figure dating from the second half of the 7th century, preserved in the National Museum of Tajikistan. Credits: Thierry Ollivier for the MNAAG

Located in the heart of the networks of exchanges between the world of the steppes, the Indian subcontinent and the oases of western China, this exhibition will fascinate those interested in the “Silk Roads” – which were also those minerals, spices and cotton- of crossing the paths of passage and conquest of the Seleucids, Alexander the Great or the Achaemenids.

The “Treasure of the Oxus”

From these mountainous lands, places of development of Buddhism and Zoroastrianism, a spectacular statue of the solar god Mitra (5th century) emerges as well as elements preserved in the “Treasury of the Oxus”, partly on loan from the British Museum in London. Like a gold plate decorated with an officiant covered with a mouth cap (so as not to dirty the air) bringing an offering to the fire, the main object of this cult. For the rest, it will be necessary to try not to get lost and follow chronologically the route that begins from the 4th millennium BC, through the Chalcolithic site of Sarazm, today classified as a World Heritage Site by Unesco. 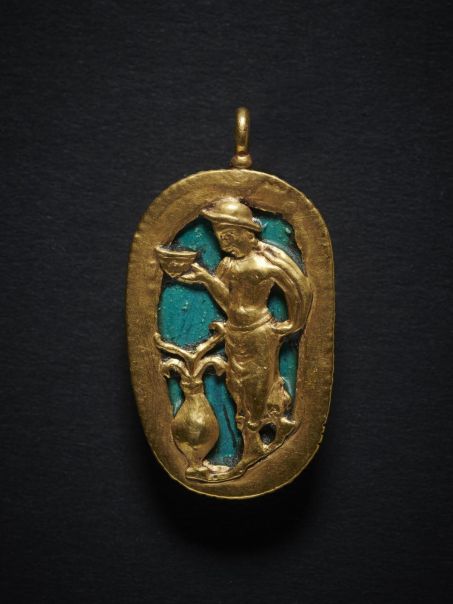 Medallion setting a Roman cameo, discovered in Tajikistan at the Shirin fortress (4-6th century). Credits: Thierry Ollivier for the MNAAG

Treasures of Bactria or Sogdiana, Greek-bacterial art … Numerous pieces illustrate the vitality of this region, among which are pieces that recall the passage of the Achaemenid Persians (6th century BC) who came to fight against the nomads Saces or Sakkas (Scythians)), or that of Alexander the Great, two centuries later. Thus, an entire room is dedicated to the Hellenistic heritage of the Diadochs, the generals of the famous Macedonian conqueror, the Seleucids (founded by Seleucus) in the 4th century BC, to the Greco-Bactrian kings (2nd century BC). -VS). Thus, pieces of precious metals from the Hellenistic site of Takht-i-Sangin and its temple built in clay are presented. 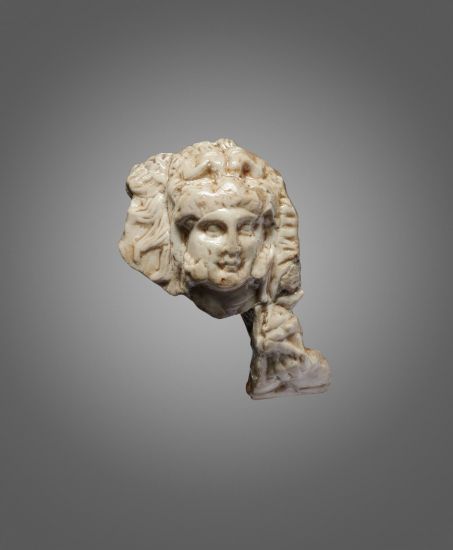 Head of Alexander-Herakles from a votive sword discovered at Takht-i-Sangrin, Temple of the Oxus, 3rd century BC Credits: Thierry Ollivier for the MNAAG 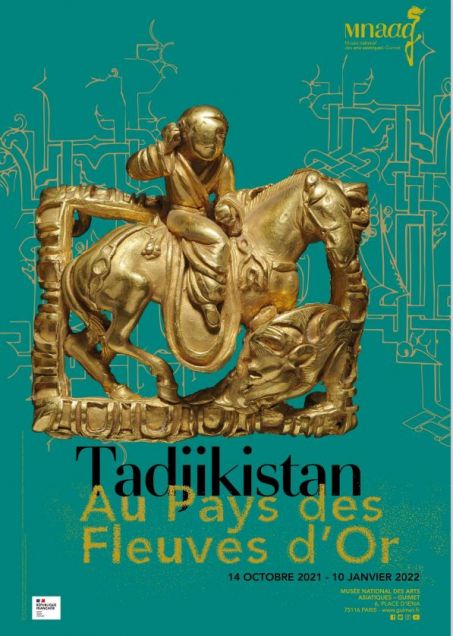 A space is also dedicated to Pendjikent, much less known than Bukhara or Samarkand, a city of mSogdian arcades whose two-story houses were covered in murals. Some of these unique frescoes, never shown internationally, evoke the caravan trade. The exhibition ends with the arrival of Islam in the 8th century and the installation of the Samanids, at the end of the 10th century, a Persian-speaking emirate in which the roots of Tajikistan sink, a country that this year commemorates the 30th anniversary of its birth.

Hear the sounds of Mars captured by NASA’s Perseverance rover

Hear the sounds of Mars captured by NASA’s Perseverance rover