It is by following an ambitious strategy based on technical innovation that the manufacturer TCL has managed to climb to the second place in the world television market. With 28 research centers, 10 laboratories and a presence in more than 160 countries, TCL has become a key player in display technologies, and the best is yet to come!

During CES 2021, the world’s largest event dedicated to technological innovation and consumer electronics, the firm is shaking up the codes in force with the presentation of two revolutionary screen prototypes: a flexible 17-inch screen (43 centimeters diagonal) made by OLED printing, and a 6.7-inch (17 cm) roll-up AMOLED screen dedicated to the mobile phone industry.

TCL is not the first manufacturer to take an interest in flexible OLED technology, but it is distinguished by an entirely new manufacturing process using inkjet printing. This system limits material loss thus reducing operating costs by 20% compared to traditional display technologies. It adapts very well to large screens and mass production, it is not a simple technological showcase to make onlookers dream, but an innovative process adapted to rapid industrialization.

The flexible OLED screen designed by CSOT, the TCL subsidiary, measures only 0.18mm thick and adapts to all types of formats. It can be integrated into televisions as well as screens for commercial windows.

It rolls up, bends, bends … Unparalleled versatility for almost limitless possibilities. Not to mention that CSOT worked on display quality with 100% color space coverage. This technology foreshadows a real revolution in the sector as was the case during the transition from the cathode ray tube to the LCD flat screen. 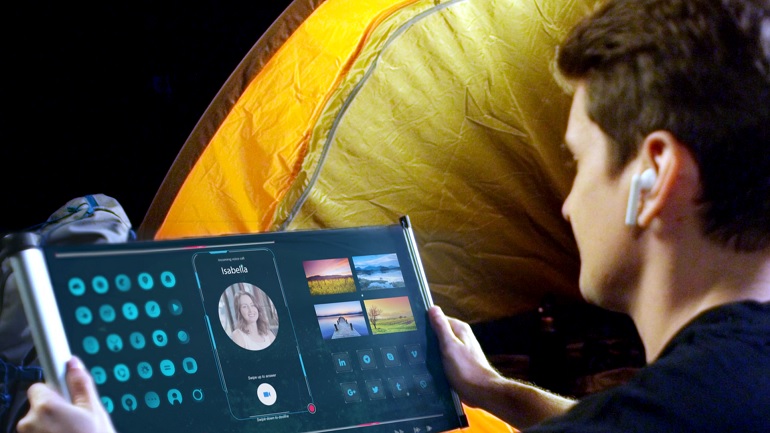 Smartphones have changed our lives, but they have changed very little since their arrival in the late 2000s, an “anomaly” that TCL is preparing to correct.

The roll-up AMOLED screen developed by the Chinese company redefines the traditional smartphone format. Imagine being able to adapt the display surface to suit your needs or the application you are using. With the push of a button, you can expand the screen area from 6.7 inches to 7.8 inches.

Initially rolled up in the chassis, the screen unfolds as if by magic allowing the phone to extend or retract on demand and to switch from a smartphone to a tablet format. The icing on the cake, the thickness is controlled with less than 10 mm and the mechanism withstands 100,000 openings. 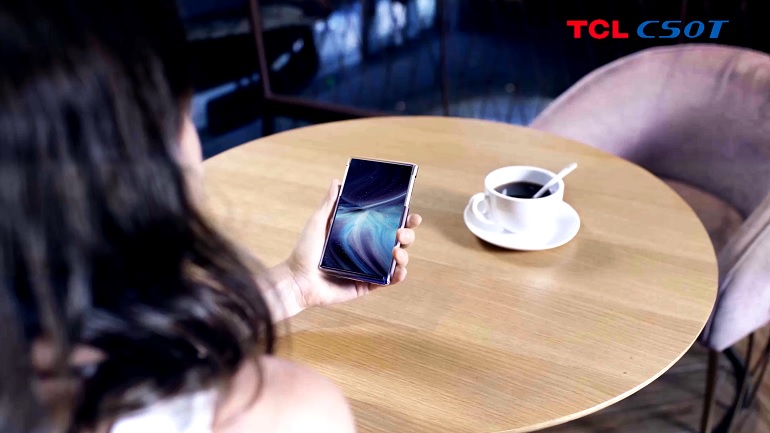 It is thanks to this technology that mobile phone manufacturers will present in the months and years to come expandable smartphones that adapt perfectly to the needs of users. A report of ” Display Supply Chain Consultants (DSCC) Highlights the immense potential of this sector which could reach 105 billion dollars by 2025. The revolution is therefore underway, and TCL will be an integral part of it!