(New York) Tesla, capitalizing on the electric vehicle craze, made a record profit of $5.5 billion in 2021, but warned that problems with its supply chain could linger throughout the year.

Elon Musk’s group had already announced that it had shot up its deliveries by 87% last year, despite the shortage of semiconductors and the supply problems that affected the entire automotive sector.

Its turnover soared 71% to 53.8 billion, slightly above analyst forecasts.

“2021 has been a defining year for Tesla. There should no longer be any doubt about the viability and profitability of electric vehicles,” the group commented in a press release.

Tesla even claims that its operating margin in the fourth quarter was higher than all major traditional automakers, “showing that electric vehicles can make more money than internal combustion engine vehicles.” 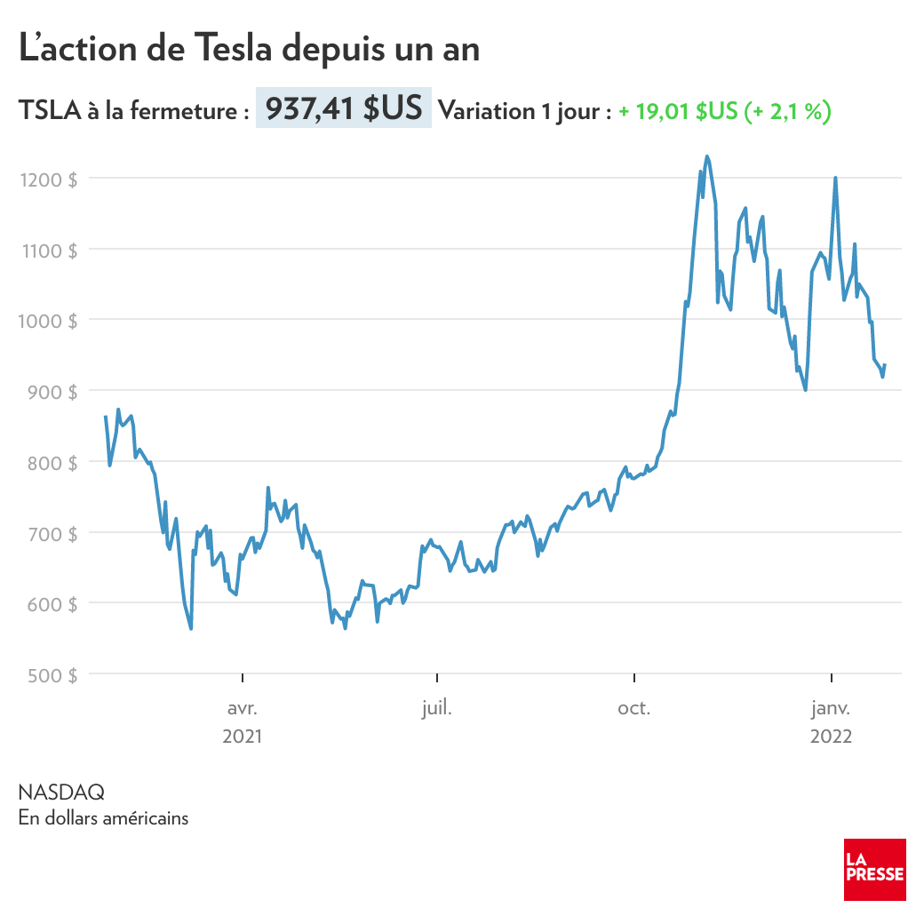 Earnings excluding one-offs and reported earnings per share, the benchmark on Wall Street, came in at $6.78, again beating expectations.

In the fourth quarter alone, the group saw its turnover grow by 65% ​​to 17.7 billion and its net profit to 2.3 billion.

The automaker, which has announced since the beginning of 2021 that it wants to increase its deliveries by an average of 50% per year for several years, maintains this objective.

But he warns that “the rate of growth will depend on the capacity of [ses] equipment, operational efficiency, and supply chain capacity and stability.

“Our own factories were operating below capacity for several quarters, primarily due to supply chain, which is expected to continue into 2022,” it adds.

To increase production, the group has its new factories in Austin, Texas and Berlin. Production was supposed to start there last year, but it is still in the testing phase, Tesla said Wednesday.

The group’s stock fell 3% in electronic trading after the close of the New York Stock Exchange.

After the announcement of a mega order for 100,000 electric vehicles from the rental company Hertz, Tesla entered the small club of companies worth more than 1000 billion dollars on Wall Street at the end of October. Since then, it has pulled back a bit, like most tech stocks.