Released in 2015 on PC, ANNA’S QUEST is a 2D point and click available on the Microsoft Store since June 30. Developed by the Germanic studio Daedalic Entertainment, specialist in the genre currently working on The Lord of the Rings: Gollum, the title is openly inspired by German folklore and more particularly by the tales of the Brothers Grimm. In a world populated by witches, ghosts and dragons, Anna, a resourceful young girl with an extraordinary gift, must redouble her ingenuity to save her grandfather. What reminds us that tales are not only intended for children. Far from it.

Anna and the Chamber of Secrets.

Once upon a time…

In a quaint little house nestled in a peaceful forest, Anna and her grandfather live happily away from the civilized world. Until the day the old man mysteriously falls ill. Distraught with the condition of her eldest child, which is deteriorating day by day, the child decides to flee the safety of the family cocoon to seek help as quickly as possible. And this despite repeated warnings from his parent about the countless dangers in the world around them.

As she barely begins her journey, the young girl is kidnapped by a witch named Windfriede. The old woman quickly announces her sinister intentions: to subtract the power of telekinesis from the child, which Anna then ignores to hold. Trapped, the young girl will find in Ben, a teddy bear present in her cell, an ally of choice. 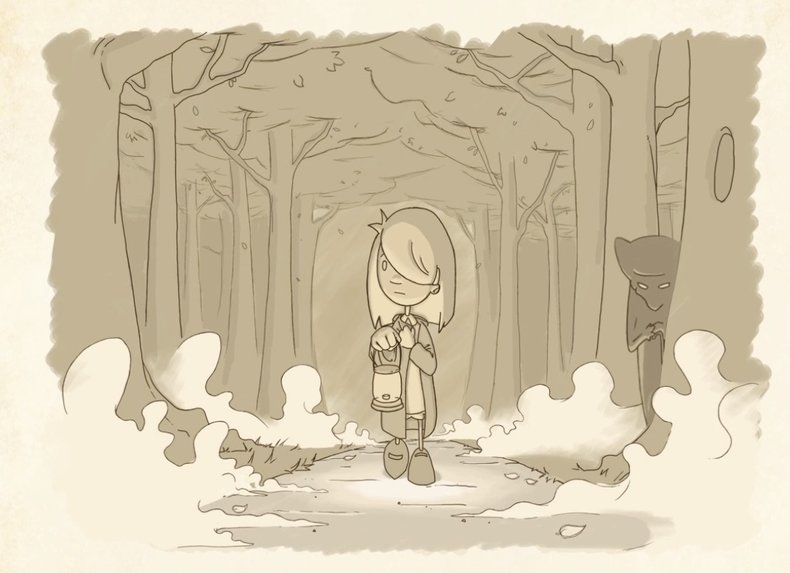 The different chapters are introduced by drawings or 2D animation.

So begins the story of Anna’s Quest. Composed of six chapters, the tale of the German studio is traversed in 8 to 10 hours of play, according to the affinities of the players with the games of puzzles and investigations. No need to reveal more as the scenario is one of the main motivations to overcome the title. If the latter lets himself be discovered with pleasure, it takes time to reveal himself and lacks a touch of madness to make a lasting impression. The fault of too much wisdom on the part of Daedalic Entertainment and a universe too chained to its references to be able to take off. It should be noted that the first chapter of the game, victim of certain anachronisms, can cast doubt on the time when our adventure takes place. The universe of Anna’s Quest unfortunately does not compare with the gems of the genre offered in the Xbox Game Pass that are Day of the Tentacle (1993), Full Throttle (1995) or Grim Fandango (1998).

Despite everything, the tone of the game manages to surprise as the latter puts on the harshness of the tales of our childhood. Indeed, a certain melancholy runs through the game through and through and reminds us that these works, often dedicated to the little ones, serve as warnings on the violence of the world around us, and indirectly on the world of adults. An educational tool that is sometimes open to criticism as it plays on fear, but which has survived the ages. Little Anna, although smart, will therefore find herself helpless in the face of situations that are sometimes as dramatic as they are cruel. These events go, without her realizing it at first glance, participate in the perversion of her innocence and therefore in making her mature. 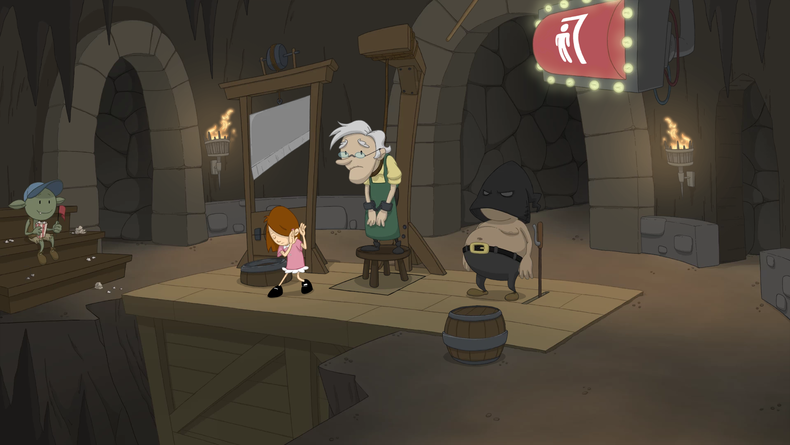 Death is at the heart of the game.

In order to counterbalance this unexpected coldness, humor remains very present in the various dialogues and situations. Although it does not always hit the mark, it helps maintain a certain lightness. Therefore, it is not uncommon to sketch a smile during the various discussions or when discovering the multiple winks to tales more or less known to the general public.

Nothing is lost, nothing is created, everything is transformed

The point and click genre being extremely codified, Anna’s Quest does not reinvent the wheel. And that’s good ! The interface is simple and allows quick actions. By browsing the different levels in 2D, it is possible to choose to look at an element of the scenery, to grasp it, to associate a previously selected object with it or to start a dialogue with a non-playable character.

Little more not insignificant, a simple pressure on the right stick allows us to highlight all the elements with which it is possible to interact in our environment. What offer us a considerable saving of time even if this is done to the detriment of the pleasure of the discovery. Everything therefore works perfectly and the unique originality of the title on the gameplay side lies in Anna’s ability to use her telekinesis on various occasions. 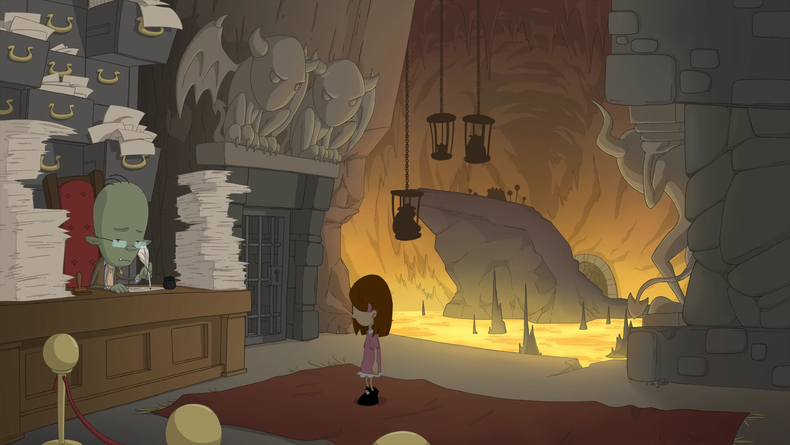 A day in hell.

The majority of the puzzles can be solved with a little thought and after a few unsuccessful attempts, offering us a not insignificant puff of satisfaction which makes the salt of the genre. Nevertheless, the mechanics of Anna’s Quest tend to seize up when the game is absolutely determined to impose a scripted course that sometimes defies logic. For example, it is impossible to unscrew a pipe before the game allows us to do so. What frustrates the players that we are because this priority of the script over common sense is felt several times in the game and unfortunately comes to cool our desire to “try things”.

Anna’s Quest adopts a style close to the cartoon. And for good reason, everything was created by hand. If the game has a certain charm, the various tables offered tend to be sorely lacking in detail, depth and turn out to be too static. The result is a sometimes blatant lack of life and identity which does not particularly invite to linger on the work carried out.

Despite its formal beauty, the game often struggles to enchant us.

Regarding the sound part, the title includes by default a VOST composed of high quality dubbing which energizes the various dialogues. The quality of the music is not left out even if it turns out to be fairly quickly repetitive. On the technical level, only the sound design seems to be in retreat with sometimes unsuitable or repetitive sounds. One thinks in particular of the sound of footsteps or the sound that Anna makes when she uses telekinesis.

Last point, during our game we had to deal with a handful of “freezes” which, if they do not prevent us from continuing our adventure with pleasure, are enough to cringe for a 6 year old game.