Soulstice is a dark fantasy Defeat ‘Em All game developed by Reply Game Studios and published by Modus Games and Maximum Games. The game was released on September 20, 2022 on Playstation 5, Xbox and PC platforms.

Your mission is to investigate the catastrophe that has befallen llden and close the resulting rift. Can you?

Two sisters save the world from Caidas

A catastrophe struck the Caedas Holy Kingdom, unleashing hordes of chaos on the world. Evil beings corrupt and possess the living, wreaking havoc throughout the kingdom. In response to this calamity, knights with unique abilities called Chimeras were created, born from the union of two souls, to face the threat and protect humanity, but the process forces them to coexist as a single being.

Thus, you will play Heather and Lute, two sisters turned into chimeras. Luth sacrificed herself to bond her soul to her sister, becoming a spirit with supernatural powers, while Briar gained superhuman strength and stamina.

Explore a world of great sadness full of mysteries, master a rich combat system, and embody the duality of the powers of two sisters in this gripping fantasy story with increasingly ferocious enemies.

Soulstice is a Beat the All game inspired by all action genres. The gameplay is clearly inspired by the Souls series with its sad atmosphere and action a la Devil My Cry, rich combos in a very dark fantasy setting.

Throughout your adventure, you’ll play as Briar, accompanied by her sister Luth in her ghostly form, as you try to fight your way through increasingly formidable hordes of enemies. Thus, you will embody two characters at the same time.

The gameplay is linear, although you will have to embody the Lute during certain key story scenes.

The game maintains a constant pace of action from the start and gradually increases in difficulty, showing you through tutorials that appear intermittently, new combat mechanics that are very useful and very well explained. It seems that the sisters’ abilities are easy to master, but in truth, it takes time to get used to them properly.

Several weapons are unlocked (6 in total): sword, axe, glove, bow, whip, blades and incendiary fanatics. They will be used depending on the type of enemy you will face.

In the beginning, Briar only uses two: an all-purpose sword that is great for light attacks, and a warhammer, a heavy weapon that does twice as many hits. The following will be unlocked throughout your progress.

The cameras remain still during the exploration sections, allowing us to visualize well the dioramas that the title suggests to us. However, you have limited control during these sections. In combat, the camera switches to a more dynamic hand-held system that gives you complete control over how you want to view the environment and keep track of enemies attacking you.

Soulstice offers several monster options, and often does so during certain fights, changing to Corrupted, Spectres, or Possessed. We can say that the bestiary is well filled.

During the fight, you will control the Briar and the Lute at the same time. Enemies transmit their attacks well, so you can easily anticipate your escape during an attack.

We find a mechanic taken from Devil May Cry, more specifically from the DMC episode of Ninja Theory, in the sense that it was necessary to use demonic or angelic weapons depending on the enemy encountered. In Soulstice, certain enemy types are invulnerable under certain normal circumstances, so Briar’s melee attacks will have no effect. To solve this problem, her sister Luth comes into play: she creates a magical barrier with her aura around Briar to create a special field that reveals demons whenever they are there.

To do this, you can call up two different fields: the call field (blue) or the exile field (red) using the L2/R2 buttons. These barriers only last a few moments at first, as they can be upgraded as you progress. After that, Lutta goes into an overload state, which makes her unavailable while she recuperates to get back into the fight, which is not without consequences because you will no longer be able to parry or rely on her support attacks.

To be more effective during combat, you will have to react by activating or deactivating the corresponding field as efficiently as possible to avoid this disadvantageous situation.

These fields are also used to solve puzzles: some structures in the game, which are crystalline in nature, can only be revealed with the summon field, while others can only be destroyed with the exile field. These obstacles in our path during the platform sections are great for enhancing the gameplay between exploration and combat.

As for the Lute, it also serves as a support during combat as it attacks automatically. This allows you to interrupt and counterattack enemies. When an enemy completes their attack, an icon appears above them indicating they can be countered. Enemies outside the camera will also be marked with a red indicator indicating where their attack is coming from.

It’s often said that the best defense is offense, and Briar isn’t stingy. As mentioned earlier, his weapon set will allow him to pull off a lot of devastating combos if you manage to swap and master each of his weapons. However, we regret that he doesn’t have a wider hit range for his main weapon.

The more long combinations you perform without hitting and good parries, the more you will be rewarded, because the two sisters will eventually become one, which they call the “state of unity”, opening up a new range of possibilities, such as synergistic attacks. , which is nothing more than a finishing move at the end of weapon combos – if you’ve unlocked them. But that’s not all: thanks to the unit, you can later get to Rapture by simply pressing the L2/R2 button. While in a state of Rapture, Briar and Lute draw their power from Chaos, which grants them massively increased strength and speed for a limited amount of time, and allows them to finish with an ultimate attack. However, depending on the aspect of the Lute (Mystery, Chaos, Deception, and Balanced), it is affected by the buffs you assign to it. The side effects of Rapture and their ultimate attack will not be the same.

However, for this there is a so-called “Beserker” form. The conditions are similar to those of Rapture, except for one detail: Briar’s health must reach a critical threshold in order to activate it. As a result of this transformation, Briar becomes unresponsive and allows the chaos to completely overwhelm her, causing her to go into a mad rage and attack anything beyond our control.

At this point, Luth comes into play and we have to calm his sister’s ardor by simply tilting the joystick according to the direction indicated on the screen and pressing the buttons before she is completely lost, which will lead us to the end of the game. . 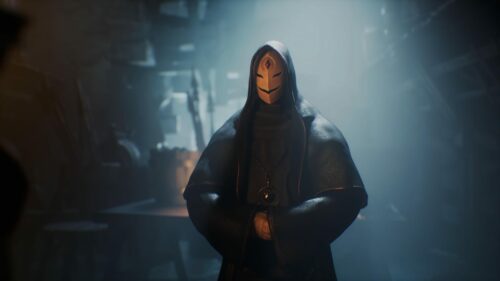 At the very beginning of the game, you will meet Layton, their Watcher, a mysterious key character of the story who will sometimes show slights before explaining certain historical facts to you and becoming your merchant for the ability to buy items such as health or animation stones, as well as items to upgrade weapons for Heather and the ability to assign skill points to Lute.

On a positive note that is very important, you have the option to respec your build for free if you don’t like the ability you’ve invested in Lute.

Keep in mind that at the beginning of the chapter you have the option to buy the necessary items directly from the store and/or change your abilities to continue your adventure.

You will have to complete a series of challenges that appear as hidden bubbles in the nooks and crannies of the city to satisfy the most demanding of you. It’s up to you to find them and complete them if you want, because it’s still optional.

There is a Codex to refer to if you ever miss an important detail along the way. Let’s learn a little more about the city of Ilden, the characters and the bestiary.

However, we note a defect in the camera, which is placed at impractical angles, which can complicate the combat phases and make them less readable.

Reply Game Studio took an old school approach, plunging us into a very dark fantasy world overrun by an increasingly horrific horde of the undead.

It is impossible not to draw a parallel with Claymore, as Briar reminds us of the heroine of this work, Claire, a heroine who does not hesitate to put her life on the line when someone is in danger. The appearance is striking, the two characters are very similar to each other. They are all armed with a sword and have the same psychopathic smile. If they use their dark powers too much, they can easily get lost.

As for the soundtrack, the music during our exploration gives way to an unsettling atmosphere that makes us realize that things are getting serious and that we are getting closer and closer to hell. During the fights, the music plays well, but we regret that there is only one.

As for the cut-scenes, the production is good. They are not too long and not too short and go straight to the point, which does not break the rhythm of the game.

The decorations are medieval but don’t offer architectural marvels. We could use a little more variety in the scenery, because we had a feeling of déjà vu a few times. On the contrary, however, the game offers us beautiful panoramas.

The gloomy mood of Soulstice is well felt thanks to the color palette used, combining gray tones and cold colors to enhance this sense of desperation.

We note too much chatter between the sisters, which hurts the atmosphere of the title. Lines of dialogue are repetitive, which can get boring quickly.

We feel the urge to make the exploration steps more alive, but it’s not happening, which is a shame.

A task with many difficulties

The story consists of 25 chapters, which are spread over approximately ten hours. There are 5 difficulty modes: Human, Initiate, Knight, Chimera, Supremacy.

Chapter selection is available right from the start for those looking to improve their score, avoiding the need to completely redo the game.

Beat ’em all the way we love them 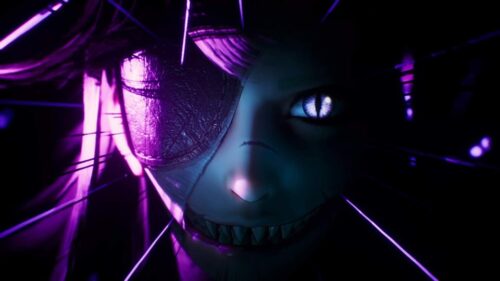 All in all, Soulstice is a very good beat ’em all game, giving us a compelling story from start to finish, combining freedom and content, making the fights insane with style and ferocity. The game has learned from its elders to offer us a new experience. Fans of this style of play will be delighted, and new players will find their account too.